On December 1, 2011, we launched this magazine with a feature on Kid Koala (Eric San) – Montreal’s own DJ, turntablist, producer and graphic novelist. Our photographer, Rodolfo, got to hang out with Eric in his Montreal studio and take some shots for that first exclusive story. Needless to say, we like the guy.

Aside from being a vinyl wizard, Koala always throws a great show. Entertainment is never lacking, and the good vibes never fail to spread. Space Cadet Headphone Expereince, however, is a whole new level of live music performance.

As a part of Toronto’s Wavelength Music Series and the Toronto Comic Arts Festival (TCAF), Kid Koala presented his new graphic novel, Space Cadet, in a live, headphone-enhanced gallery performance; in a nutshell, the audience sat on the ground, leaning against “space pods” (cushions) while experiencing the show through headphones. All of it.

Space Cadet is a sad, sad story but when told in a live setting, it seemed quite comedic. Every frame shown was accompanied by a personal story as told by Eric from behind his turntables. Laughing at his own jokes and mocking his lack of art education, he seemed far removed from the shy and quiet man we spoke with previously in his studio. 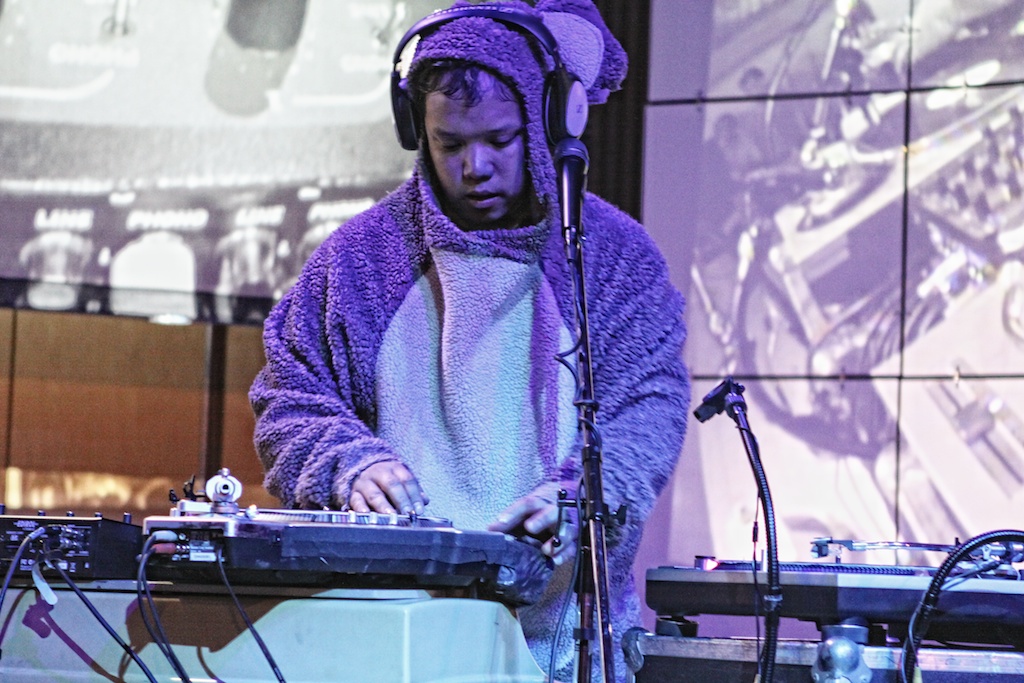 Two things we’ve learned about Kid Koala during the show are: 1) The name comes from a childhood trip to the Zoo during which, it seems, his family considered adopting a koala;  and 2) the Koala plush suit is not his personal preference, but is the lasting consequence of a lost bet – 100 live shows in a Koala suit. Gambling is a dangerous sport, kids.

Thought the suit may seem a little odd in a club setting it was rather appropriate for this particular show. An entourage of 10-14 year-olds had the time of their life jumping around with Eric to Reach Up/Reach High. The adults seemed to enjoy the exercise just as much. Like we said, utterly contagious.

The Space Cadet tour continues through to Vancouver for 2 shows (June 27/28) and following that, Koala’s new project, Deltron 3030, will host their first ever show in Toronto during the Luminato Festival on June 14 and 15.  Also underway are new projects with The Slew and a new album, 12-Bit Blues, a blues-based production with an exciting new live show in the works. 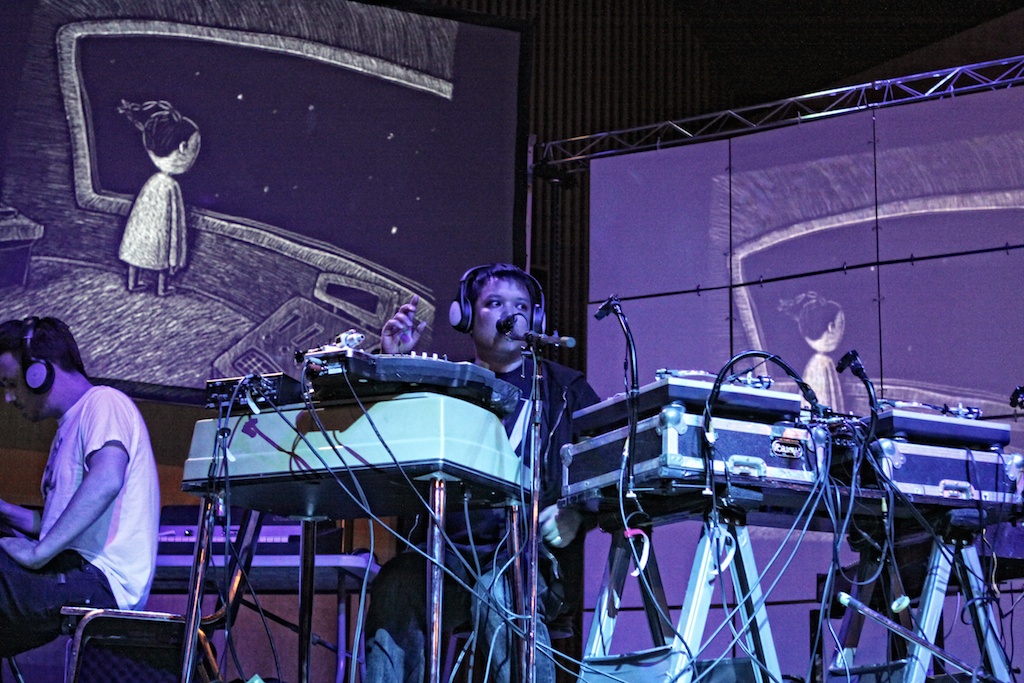