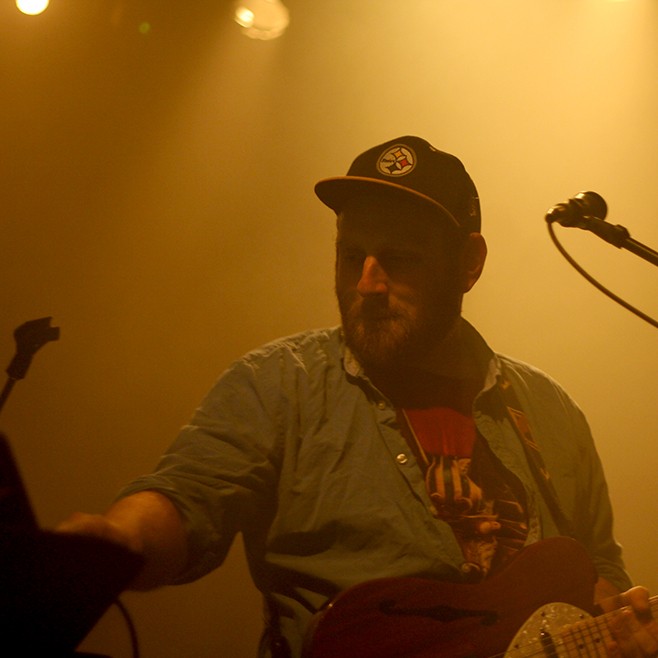 I remember the first time I heard Junior Boys. It was what feels like a decade ago (not to age myself), in the midst of an electro-pop wave led by the likes of Crystal Castles and Thunderheist, when everyone’s favorite device was a flip phone – yeah, think about that.

It’s been four years since their last release, It’s All True, but Junior Boys made a booming return with Big Black Coat as if time don’t matter. Despite the break, which often causes bands to lose track of who they are, the duo maintained their original sound yet created a set of tracks that stand their own. On Saturday, the band wrapped up their latest tour at Toronto’s Phoenix Concert Theatre.

“It’s good to be home,” chirped out frontman Jeremy Greenspan. While Toronto shows always make them nervous, he says, “nothing puts you at ease more than playing 50 shows.” True to that statement, the show was smooth as butter. But before we get into the main act, let’s turn back to the support: Borys and Jessy Lanza.

The evening started on a heavy note with Edmonton’s Borys. Surrounded by a metal fence, he occupied a small space on the dance floor, dropping beat after beat – tracks that would light up a summer forest party on fire.

By definition, Borys makes music that “explores the darker corners of the dance floor using modular synthesis,” – the kind of music that requires glow sticks, lasers, and perhaps a bottle of Rev. An odd way to start off the night, but in some weird way, it totally worked. 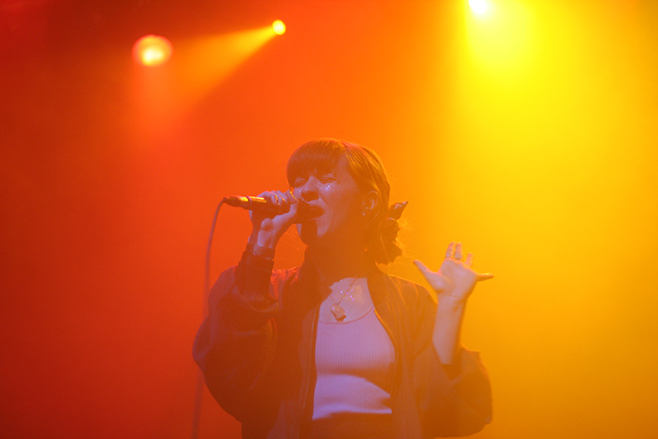 With no specific set times in mind,  Jessy Lanza then took the stage with her drummer/singer Tori.

Lanza has come a long way since we met her in 2013 before her intimate set at the Garrison. Her fan base seems to be comprised of a younger and very enthusiastic crowd. Shouts of appreciation and declarations of love were consistent throughout Lanza’s set. It was clear that half of the room were friends of the bands, which only made for a more upbeat show.

Lanza’s setup is minimalist – herself, Tori and a small table setup accented by an essential oil humidifier. The stage was swallowed by rainbow fog, which to no surprise worked well with the oil drifting off into the crowd.

By the time Junior Boys hit the stage, the audience was well warmed up and clearly stoked to see Jeremy and Matt. Enveloped by the same colorful fog, the duo performed tracks from Big Black Coat and favorites from So This Is Goodbye, including “Double Shadow,” “Count Souvenirs,” and “In The Morning“.

Chatting with the audience between tracks, Greenspan smoothly went from song to song for over an hour. He called out the original fans for “Birthday” (2004), shouting, “this one is for all of the old fuckers in the crowd.” The line was met with laughs and cheers: “Woohoo, play Birthday!” 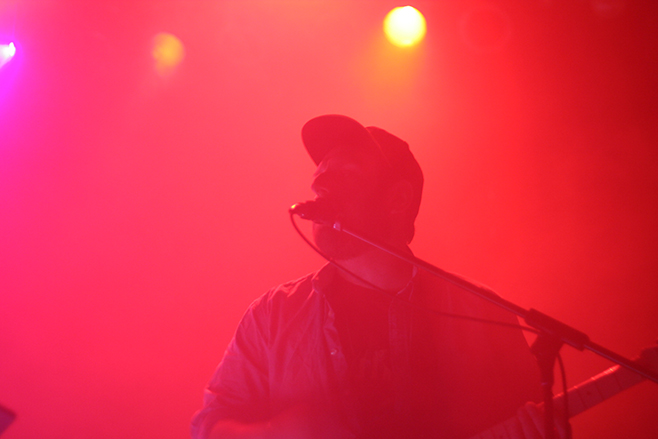