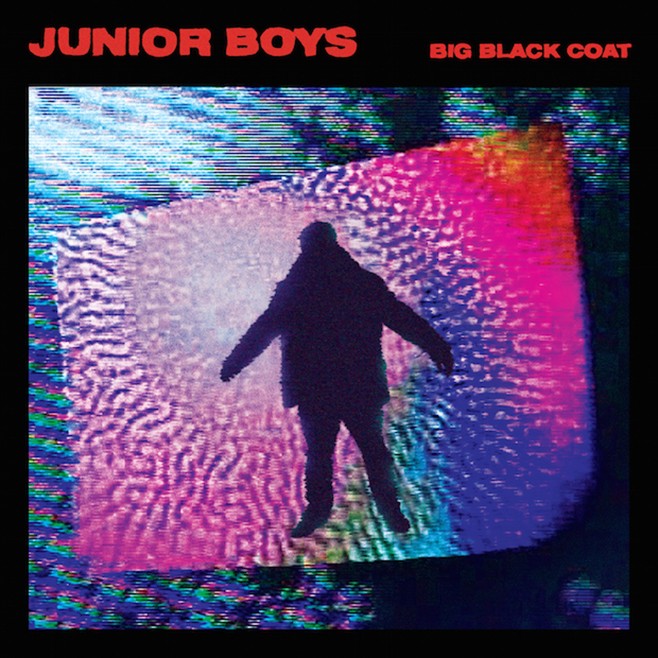 Jeremy Greenspan and Matt Didemus collaboration Junior Boys has been on a brief hiatus. The electro-pop pair haven’t released an album since 2011’s It’s All True, and have spent the last five years working on personal projects with other hot Canadian acts like Caribou and Jessy Lanza.

Hailing from Hamilton, Ontario, Greenspan and Didemus have been making music together for over a decade, delivering four full-length LPs and two EPs to favorable reception. Greenspan’s flirtatious and melodramatic vocals alongside the Boys’ unapologetically 80s-inspired synth lines helped craft a previously missing tight-knit groove in the Ontario electronic music scene. Junior Boys continue to remain relevant in a subgenre that has almost lost its mod edge.

The duo teased two singles late last year from their newest LP, Big Black Coat, helping to create a murmur for the album’s release early next month. Greenspan whispers to listeners on the title track, “everybody wants to be in your big black coat, everybody wants to have your style”, also expressing the complexity and intimacy that Junior Boys possess. They have a distinct signature style that might seem transparent and imitable, but their sound carries a weight like fine-quality leather or wool: heavy, deep, and rare.

Opener “You Say That” is cool and current, with a strong trap drum line rounding out the song.  A quick cough comes in at the end, potentially suggestive of the distinctly Ontarian vibe Junior Boys allude to: puff, puff, pass, anyone?

“C’mon Baby” implements a laid-back wobble bass, cooing the listener into a lull. The track is smooth like a velvet sheen, reminiscent of a song from a John Hughes movie. Their contemporary take on 80s synth pop is playful and passionate; Greenspan tells the listener, “I dreamed of you again last night” as the song builds. It ends crisp and clean with a dramatic halt of sound.

“M&P” uses distorted vocals and unexpected punches of synth during the chorus line — the track seems most unlike Junior Boys’ typical melodies, but it still fits snugly into the middle of the LP. “No One’s Business” is a short track that has Greenspan echoing soft musings into the listener’s ear with his delicate vocals; his voice mimics the movement of silk gliding against skin, soft to the touch.

Their cover of Bobby Caldwell’s “What You Won’t Do For Love” bares almost no resemblance to the original, lyrics aside. But the arpeggiation and lush keys leading up to the chorus is magic. When Greenspan finally reaches “what you won’t do, do for love”, one can imagine it being 5 a.m. at a club, dancing with eyes closed, hands up, head back: a moment of pure bliss.

“Baby Don’t Hurt Me” is the album’s only slow jam, a track that could have easily been placed on Sofia Coppola’s Virgin Suicides soundtrack. It is quiet and melancholic, the melody enveloping the listener like a comfortable blanket.