French-Cameroonian hip-hop artist Mikano, is a Third Culture Kid with “rootless past,” his bio states. Growing up, he moved around across culturally diverse cities like Abu Dhabi, Cairo, and Amsterdam, but today he calls Paris home. France is the second biggest market for hip-hop so in many ways, Paris is a great city for a rising hip-hop artist, regardless of his English-language verses.

Mikano’s music is inspired by the experiences he had in both life and travels. Starting early this year the rapper has been dropping tracks and videos ahead of his new mixtape, Melting Balloons, out now. First came “It’s Alright” in early January then a stunning music two-part video for “When It Rains Glitter” directed by Parisian director and photographer Lokmane, followed by grainy phone camera visuals for “Fuego.”

Kateryna Topol: Hello Mikano, how is your week going so far, all things considered?

Mikano: At this point, I’m just looking after myself and my family and focusing on my main passion which is music. Besides that, I am planning on my next move and try not to worry too much about what’s going on because there are things that you just can’t control.

KT: Yes, we are definitely all learning that lesson right now. Looking back at your relationship with music, you realized music was a passion at a fairly early age – 13 was it?

M: I realized it was a passion at 13-years-old because that’s when I started writing but I started professionally recording when I was 18 or something like that. Then I took it really seriously and by the age of 20 I knew I wanted to build a career out of it.

M: I actually don’t have a process [laughs]. It could start with just a melody or lyrics on the spot. At times I don’t even write I just think of what I want to say and hit the recording button. And I’m mainly working with Sutus & Lhab – two friends of mine who really understand me musically.

KT: Congratulations on the debut mixtape Melting Balloons – it’s a great body of work! How long did it take?

M: Thanks, guys! It took me about a year. I chose not to think too much about time and deadlines as I was going into the process of making it. Nothing was too rushed because I wanted to create something really coherent.

KT: Makes sense, how do you feel about it now that it’s out there?

M: Honestly, I don’t feel relieved because it was released around the same time as the virus outbreak so I didn’t get a chance to support the project with live performances since every scheduled show got canceled. The live stage is what I value the most in music, so let’s just hope I’ll be able to play live once all of this is done, then I’ll surely feel better about the mixtape.

KT: Absolutely, the pandemic has definitely put breaks on a lot of goals. What’s next for you?

M: That’s a secret for now. I can’t say too much yet. Definitely, more music coming out. Can’t stop bro there are so many things I wanna do. 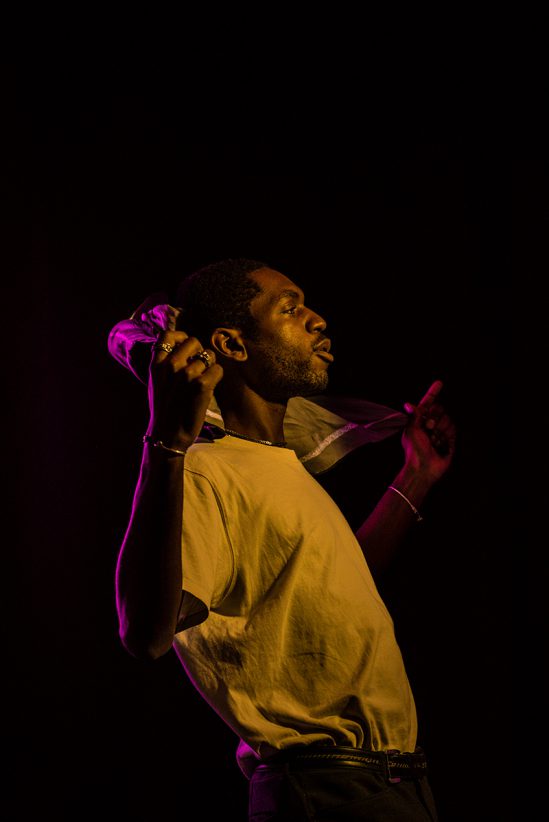 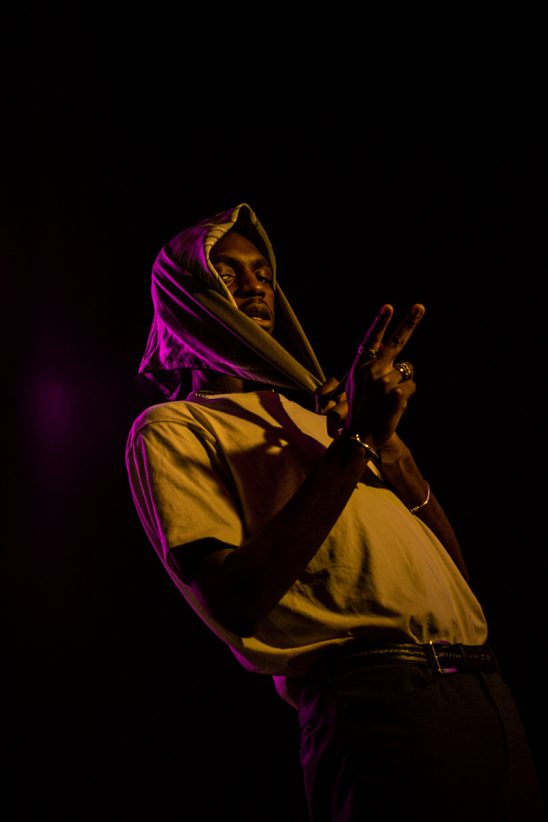 KT: So Paris is your home now, how is it coming up as a musician in that city?

M: There’s a small community of artists in my craft and they all have their own universe banging! We are working on plenty of projects together, which we will start to show to the outside world this year. The support outside that is a slower process due to the language barrier. You see, I’m a French artist using English as my main form of expression so it might be confusing at first even though it shouldn’t be. Music is just music at the end of the day and people are going to realize that soon enough, it’s just a matter of time.

KT:  Where do you find most of your fans are right now?

M: The majority are based in France. The mixtape is my first international release and we are seeing more and more people outside France engaging with it, which is great.

KT: Is it different, or I guess more challenging, reaching North American audiences?

M: It’s not a challenge but it’s definitely harder to break as a French hip-hop artist in North America. I’m extremely happy when my music is listened to by people outside my own country, it’s a great source of motivation to keep on doing what I am doing.

KT: For sure! Okay, let’s do some quick-fire questions: What are you listening to right now?

KT: Favorite type of venue to perform in?

M: Definitely large for production and stage but small venues are also nice and best for a more intimate experience.

KT: Favorite things to do on the weekend?

M: Going out with my friends!

KT: And you’re in a great city to do that! What’s your favorite neighborhood in Paris?

KT: Awesome, some good eats around there too! Thank you for your time, stay safe and healthy!