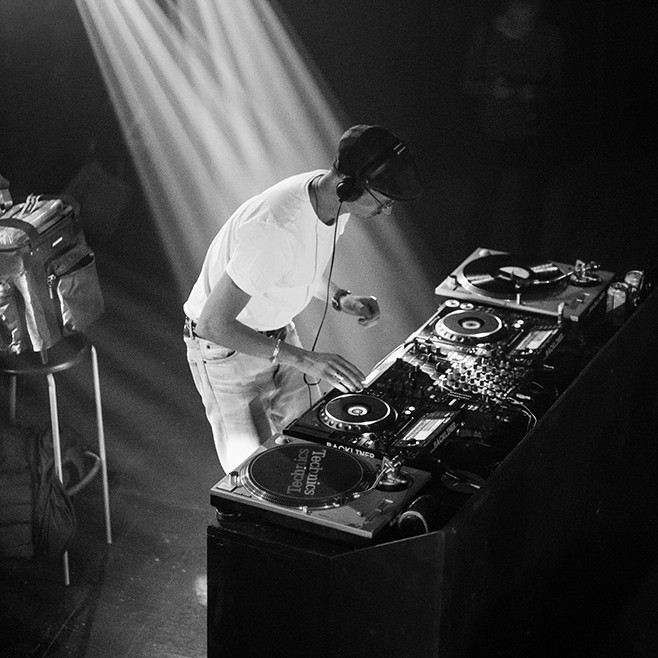 Down one of the smaller streets of Toronto’s Queen West, you’ll find a spacious yet intimate venue called Longboat Hall. The room is a rather odd and unique space just a couple doors down from the legendary Great Hall, and makes for a great venue to showcase indie producers and DJs. This past Saturday, Longboat opened its doors to London’s Archie Fairhurst, better known as Romare.

At around 11:30, local DJ/producer Harrison took the stage. With a newly nurtured Tom Selleck mustache, Harrison looked like a whole new man – far past that kid who played 1pm shows at local summer festivals to gain recognition. Some of his success might might be attributed to the people he’s been working with (i.e. Ryan Hemsworth); however, most of it is due to his growing talent and skill. 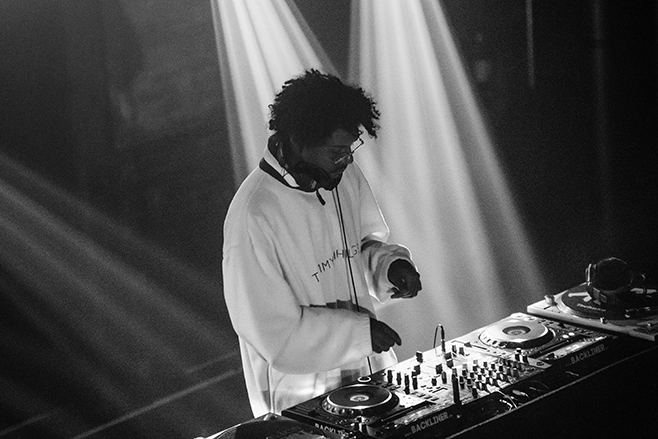 Harrison’s recently released original album, Checkpoint Titanium, is a keeper. The kind you’d play during sexy times, at a house party, maybe even to your mother. While it lacks not in variety, it comes together in complete cohesiveness. Knowing this, one would’ve expected a killer set – especially knowing it was a cherished warmup for Romare.

Harrison calmly played through his DJ set for a bit over an hour, going through his favorites and classic top 40 – “Crazy In Love” by Harrison? Why not! The complete set, however, lacked a bit of love and enthusiasm; messy transitions and choppy cut-throughs made this a less-than-best performance.

Romare nonchalantly set up while Harrison was wrapping up. The two exchanged a brief conversation and friendly hug as Fairhurst combed through his box of vinyl in preparation.

After a brief lyrical intro track, Romare dove right into “Work Song” from Projections. The crowd immediately went wild. Having already been going for an hour, the audience was fully warmed, dancing and sharing moves with one another. Sipping on his Canada Dry, Fairhurst played out tracks from his recent couple albums Projections and Love Songs: Part Two, from “Nina’s Charm” to “Who Loves You?“.

The set came together into a vivid and engaging performance. Not at all fazed by the impeding cold weather outside, the audience embraced every string of disco and every song. This was modern disco at its best and the crowd loved it! 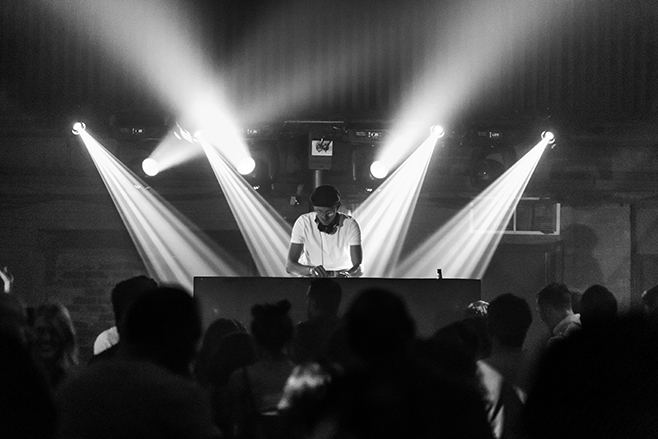 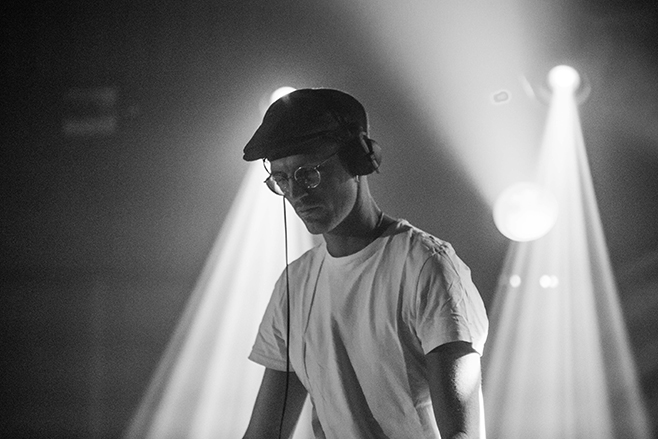