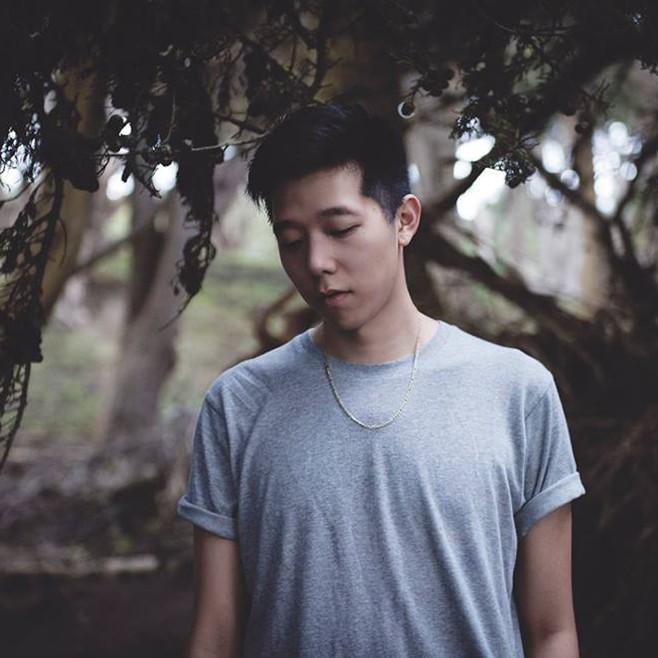 “The worst time of my life and the best time of my life” reads, in part, the description Giraffage put for his 2013 mixtape, Needs. Once available by donation, the transitional mixtape is now priced for download at a respectable seven dollars. In a short span of time, Charlie Yin, the San Francisco-based producer, has made promising leaps in his fledgling laptop DJ career, and Needs references this obliquely. Rather than a vague nod to youthful entanglements, Yin refers to the period in his life where he was finishing up his undergraduate degree in Political Economics at UC Berkeley. Depressed, and isolating himself in his room to make music, Yin soon caught the favourable notice of big blogs like Pitchfork and XLR8R with his onslaught of richly engaging R&B remixes that resonated with listeners at home as well. Touring on support for XXYYXX in 2012 and Flume in 2013, Yin’s efforts paid off with the positive spread of word-of-mouth about his music. Simply put, observing Yin’s profile increase exponentially in popularity, when he was one more bedroom producer releasing bootleg remixes on Bandcamp, is watching a success story unfold in action.

A stylistic chameleon, Yin began learning how to play music with the drums at age 10. His teenage love was metal, which speaks to his voracious appetite, and lack of discrimination towards polar genres. Right before signing with A-Trak’s label, Fool’s Gold, it appeared Yin would be a likely fit with any number of spacey hip-hop imprints such as Soulection or HW&W. His previous releases such as the single, Even Though, released through Kitsune Maison, as well as his remix album of The Dream’s Love/Hate were strong indicators of this. However, with his debut Fool’s Gold EP, No Reason, coming out last fall, Yin skillfully switched courses again.

No Reason was promoted as Yin’s first sample-free album, something that made it stand apart from his past works. Having made a reputation for himself as a bootleg connoisseur, this feat culminated in the R. Kelly “Ignition” bootleg Yin released on Soundcloud last summer. Not only did the rapper himself pay Yin the compliment of re-tweeting the track but it was, also, in Yin’s opinion, poised to become his biggest remix. However, Yin’s bootleg met an untimely death with R. Kelly’s label stepping in, demanding it be taken down. The very real threat of legal action seemed to fuel Yin’s creative choices. He chose to source his samples from scratch, using specifically recorded a capella vocals as well as internet sounds from dial-up connection to push notification such as in “Hello.”

Most significantly, No Reason was not glitch hop, the sound Yin is memorably associated with. Instead, in a return to early Giraffage form, Yin expressed dream dance vibes through pop again. Pretty Things, his 2011 EP, had odes to chillwave and dream pop in tracks like “Waste Yr Time”, and even Needs had tangible memories of vaporwave. Pop was certainly not new terrain for the producer. Prior to taking on the Giraffage moniker, Yin was releasing chiptune tracks under his Robot Science project. If Spazzkid, his current supporting act on tour, is an indication of Yin’s current path of exploration, his deconstructions of pop in a PC world will continue.

From interpreting R&B hits to touring with Porter Robinson and Lemaitre, Yin is a poster boy for bedroom producers, and the bursts of talent that can be found in the rough.