Never underestimate intelligent bands who are aware of their musical catalogue. A band who can reference where they’re coming from, what they’re listening to, what makes them passionate, and turn it into something unique. Teen Girl Scientist Monthly drops songs where the female lead singers are engaged in an almost theatrical call and response, and then rev up the guitars, bring in the drums, throw in the acquired keytar and bash out a skank-worthy punk song – all of this without a note of dischord.

The band can feel like an epiphany. Their sound is more and more a seamless blending of dance punk. With the addition of the keytar, a gift from a supportive father, things simply fell into place. “It was kind of like a dueling guitar thing. When we added that keytar it was suddenly, ‘Oh that’s what we’re supposed to do. That’s our sound!’,” lead singer and guitarist Matt Berger told me.

They’re a good representation of what’s happening any given night in the local New York City music scene. Gearing up for the release of what will be a polished new album this spring – their new songs are in the vain of the Wombats with the courage to add a Karen O growl – they’ve been passing out their debut album Modern Dances for free at their live shows. It’s clearly important that they achieve an intimate connection; after the show, Berger handed me a bubble mailer for the album that I had ordered just the day before. Inside, in addition to the album I had bought, the same album they were giving away for free, was their second album and a sampling of band stickers. That second album, We Run with Gangs was a Kickstarter project recorded in bedrooms and living rooms.

It’s hard to suggest that bands belong in small venues, as if rooting for them to be only so successful, but the Talking Heads made CBGB into a neighborhood staple without compromising their own sound and still were able to find success. And then some bands hit the stage with an eclectic choreographed show and are able to capture a moment, to get someone almost skanking in a city that’s notorious for being unfriendly to punk dancing.

Though Berger disagrees: “I don’t buy that people are too cool to dance in NYC. I think that it’s hard if people around you aren’t letting go. To skank you have to go all the way or it isn’t really skanking. You have to be willing to be vulnerable with those around you.” 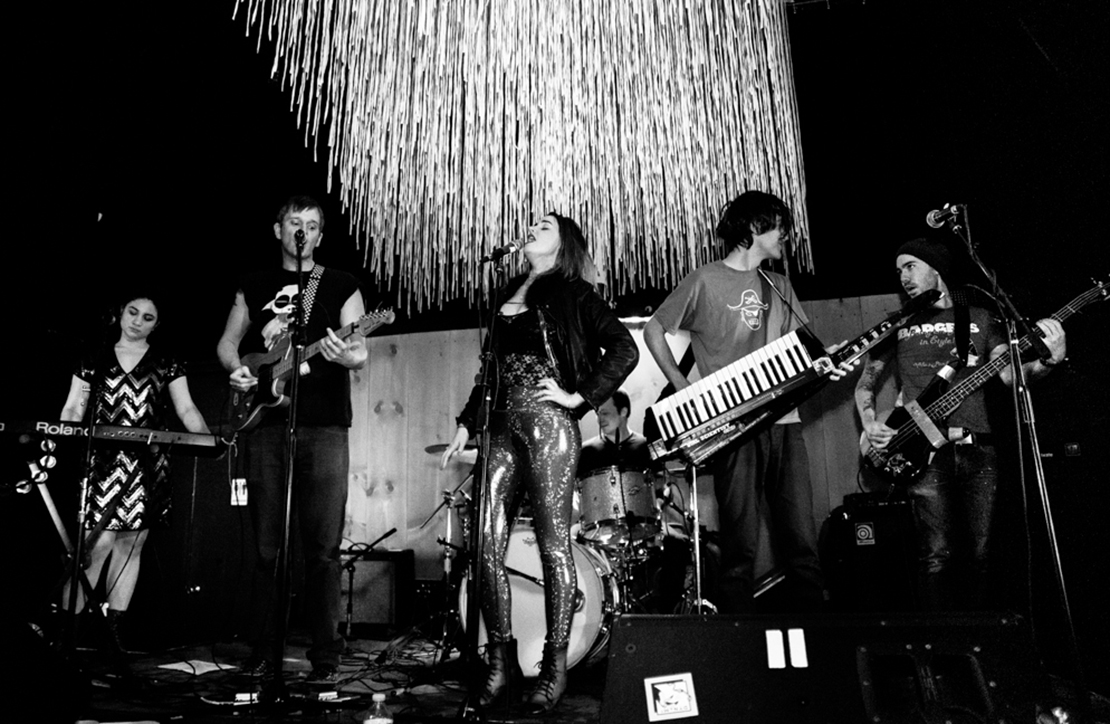 Samuel Hernandez: Because you’re playing in Cameo, a Williamsburg DIY venue, and because Glasslands just closed, how are these small DIY venues important to independent Brooklyn bands success?

Matt Berger: We have a list of venues we’ve played on our website, and Cameo is definitely one of the ones we’ve played the most. We understand the cultural relevance of losing venues like Glasslands. You have two options when you’re in an area like that, you change to a cleaner quieter more commercial thing.  Or you can go out and stick to your roles, inspiring other people to do the same thing.

Morgan Lynch: It was strange also that it all happened at the same time, it felt like an epidemic of small venue closures.

MB: The good side of it is that everyone is being more careful and paying attention to it now. People are seriously asking themselves, “Why did I move to this city, what do I want to get out of it, why am I paying so much for a shitty ass apartment?”

ML: The answer is we should all just move to Detroit.

SH: Is the creative community in NYC keeping you here because you have that system of support? You have like-minded creatives running around trying to work just as hard as you.

MB: That’s what you want to get out of a place though. It’s like watching the Grammy’s and thinking, “That’s why I want to make music, that’s the type of thing that I want to be doing.” In the same thing, listening to [the opening band] Jumpers tonight: “Oh this is all I really want to do.”

ML:  You find your community and then it becomes kind of incestuous because one band becomes part of the other band.

MB: It’s changed a lot actually. That first record [Modern Dances] was comprised of what we had been working on for that first three years. [The band has been working together since 2009, officially debuting at the National Underground in 2010.]

ML: We think about it a little bit more now. When we were putting together this set we stopped and said “oh we need to put a Morgan song in here, there’s been three Berger songs in a row.” Within the songs there is more of a presence of each other versus that separateness that occurred in those earlier records. 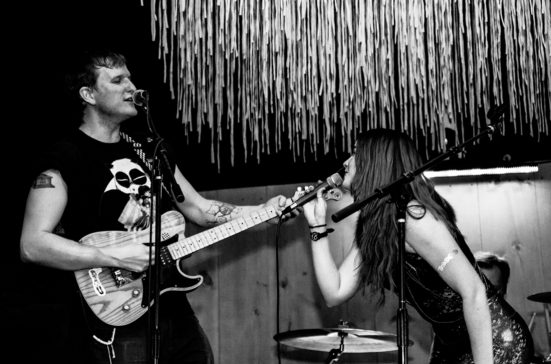 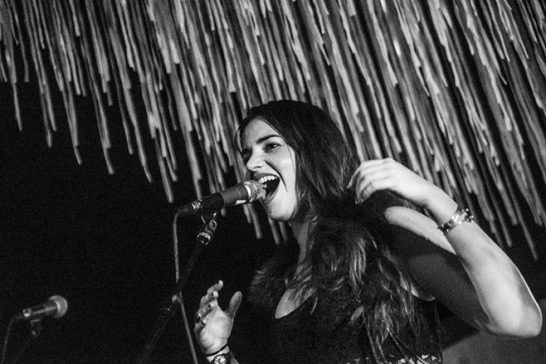 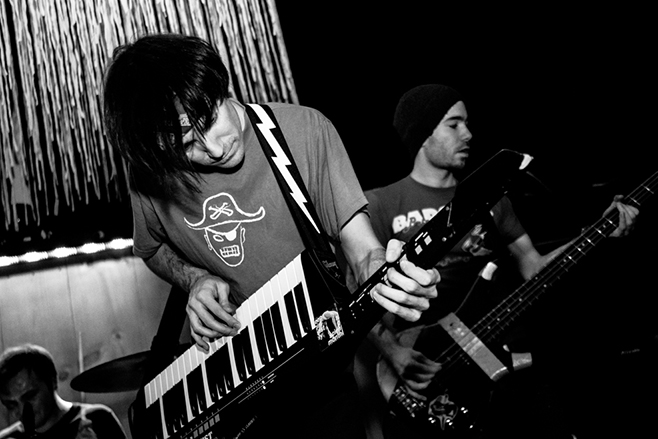