Currently on tour promoting his debut EP, No Reason, from Fool’s Gold, San Francisco-based producer Giraffage (Charlie Yin) was at Celebrities brought a chill trap set that resonated with his on-stage presence. Understated with a cheerful demeanour, Giraffage came on after midnight, returning to Vancouver with supporting act Pomo.

Pomo has been gaining a steady profile since leaving Vancouver for Montreal, with the release of The Other Day, a fantastic debut EP via HW&W, and one of the factors to his growing popularity, besides the feel-good grooves, is his touring schedule. Pomo has been snagging favourable opening slots for himself, last year opening for Skylar Spence back when he was still called Saint Pepsi at Fortune Sound Club, and it’s great to see his music associated with similar up-and-coming artists that are beginning to reach wider audiences. Dropping tracks like “Start Again” as well as his AlunaGeorge remix, “Supernatural” into his set, Pomo worked towards upbeat momentum. 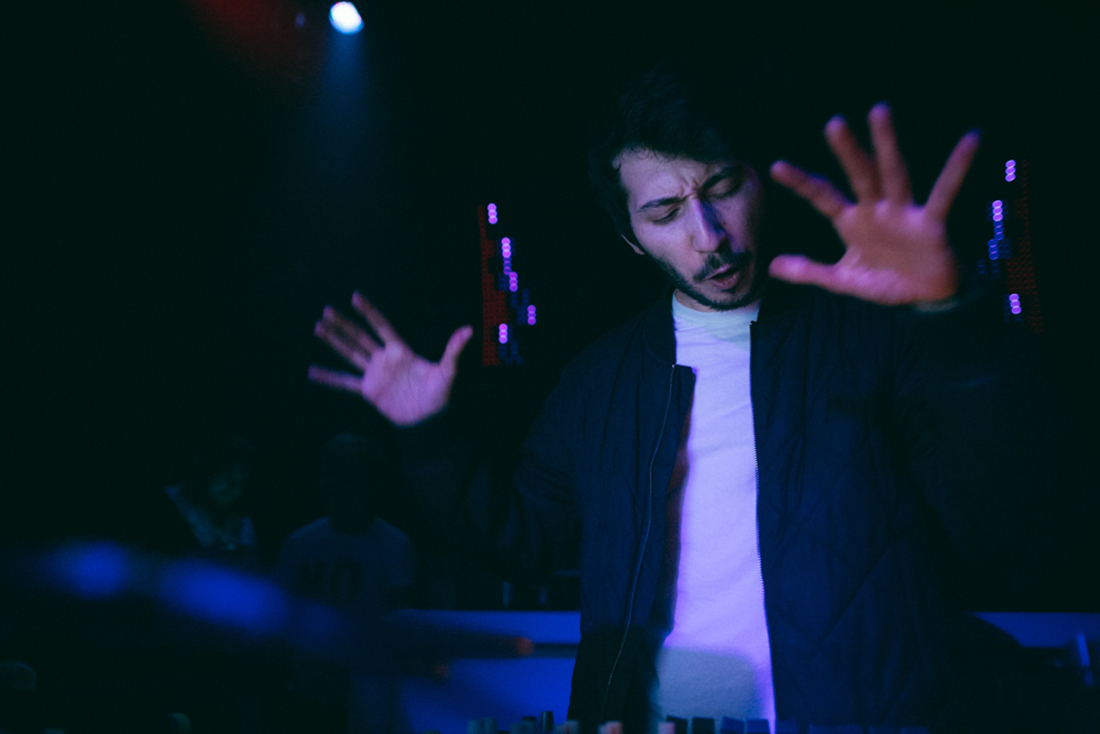 Although Spazzkid was not on support for Giraffage during this leg of the tour, local opener, James Deen, proved more than up for the part. Listening to Deen’s On Vacation EP that was released earlier this year, it’s a no-brainer why the Kelowna transplant whose work of trap bounce, similar to the happy style of Australian producers like Wave Racer and Cosmo’s Midnight, would start the night right. The jury’s out on whether Brennan Henderson will, like Saint Pepsi, also have to change his name to avoid legal action from the real James Deen, otherwise known as the American Porn Star Next Door.

Light vibes and gentle builds, Giraffage was sweet with a minimalistic attitude. Quickly incorporating new, original tracks like “Tell Me” and “Hello,” Giraffage exuded personable energy with his perpetually relaxed smile. Giraffage’s released recordings are often optimized for listening during sedate activities that do not require a lot of movement, so it is interesting to see an artist like him live. The entertainment factor would be there, what with his extensive touring history, on the road with established EDM idol, Porter Robinson, and  XXYYXX earlier on in his career. Delivering a futuristic set that was a blend of previous influences, PC trap, cloudy hip hop, downtown indie tempo, Giraffage was enjoyable, to say the least.

If last Wednesday was a showcase, it was bedroom artist talent. Innovative electronic beats collide with humourous pop culture references on the internet, a win-win situation with real world tremors. Return soon, Giraffage.