Disc jockeys have been at the heart of hip-hop since its inception; and although hip-hop is constantly evolving, the DJ has remained a staple. Enter Quentin Wright, better known as DJ Que 11: DJ, producer, writer, radio personality, and one-half of Collective Genius. Only four years into the music industry and this Chicago native has already worked with some of hip-hop’s biggest names. With a solid history as a radio host, producer of three mixtapes and an EP, Que’s resume in the last four years is more impressive than what many before him have done their entire career. Yet for Que, he has barely scratched the surface of his long-term vision, and according to him, there is much more to be accomplished.

Jade Newton: Let’s get right into it and talk about your debut EP, Alien. How did this project between you and DJ Diesel Beats come to fruition?

Que 11: The Alien EP is not just another hip-hop EP; most DJs stick to what they know when making that transition from DJ to producer. That wasn’t it for me. I have always been drawn to other genres. I like to merge hip-hop and dubstep, and have hybrid tracks because I want to create a sound that nobody else has. DJ Diesel Beats and I came up with the concept of Alien after attending an Arabic music show. We didn’t want it to sound like anything else; we wanted the sound to be so foreign that nobody would be able to categorize it; hence the name Alien. We threw out the rule book and just did everything that we wanted to do.

JN: You completed your first mixtape, Juice, in 2010; what was the inspiration behind it?

Q11: Well, it was inspired by the film and its main character, Q. I did the mixtape solo – I put it together in a studio in Baltimore and mastered it in Chicago. I saw a lot of myself in Q – he was determined [to make it] and he didn’t let other’s opinions deter him from what he had set his mind to. 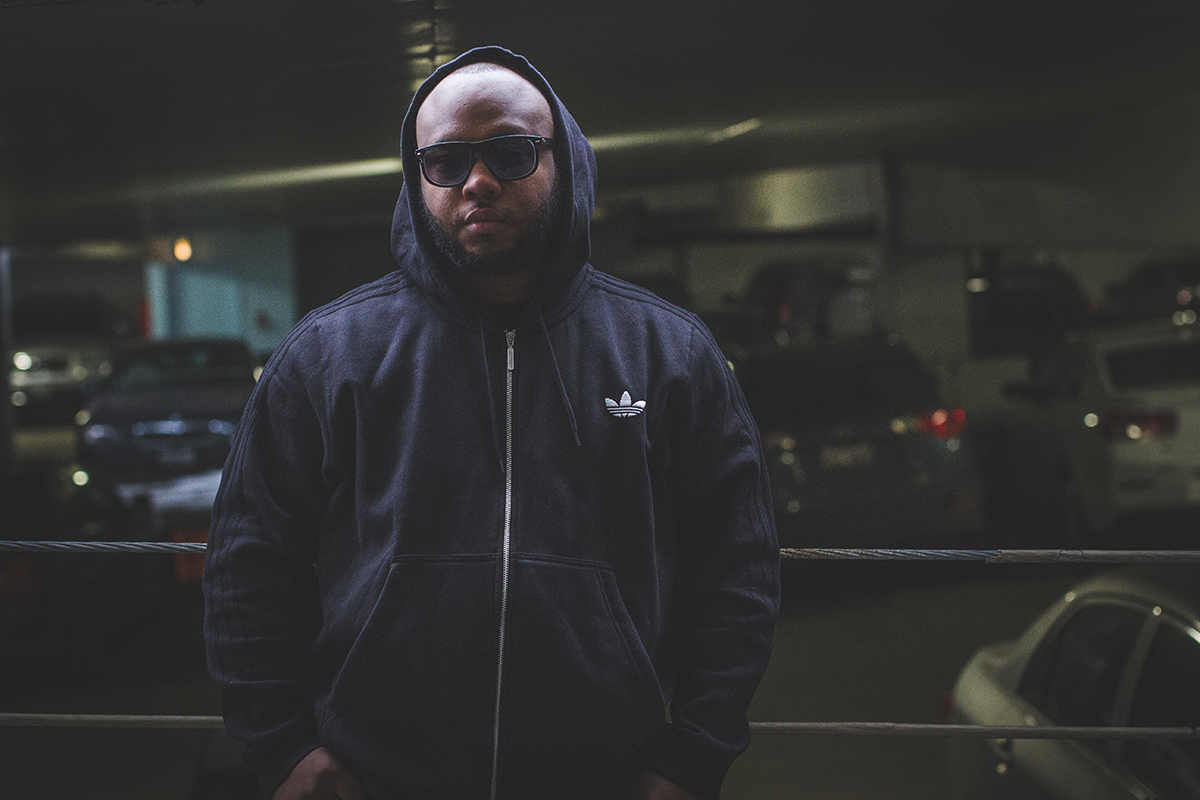 JN: You dropped your second mixtape, Bad Boys, in April 2014; and the follow-up, Bad Boys 2, in July of 2014 – both of which were a collaborative effort with fellow Collective Genius, DJ Playmaka. Give me some insight into those projects.

Q11: The mixtapes were inspired by the film, Bad Boys. The first one was like a self-declaration of ‘I am who I am,’ and we may have ruffled some feathers because it was an aggressive mixtape. With both mixtapes we worked with several local and national producers and MCs; it wasn’t all indie, there was a mix of some familiar beats as well. Chemistry is key for us; chemistry [between the people you are working with]is the key to creating a good album [or mixtape].

JN: Tell me what are you working on right now? What can we expect from DJ Que 11 in the near future?

Q11: I love to write, so I am constantly writing songs and poetry. I’ve been working on a project with Chicago-based rock group, Punch Cabbie and my next EP, Dear Summer, is also in the works. People can also check me out on both Power 104.9 and WWMR 105 The Heat.

JN: What is unique about what you do with the music that you create?

Q11: With my music, I want to venture into other genres, but I also want to mesh genres to create new and awesome sounds. I want to have the chance to touch on different emotions; nobody wants to listen to the same mold throughout an album. Music is supposed to take you somewhere and that’s the cool part about what I do – I get the chance to be an artist in so many ways; I get a chance to paint a picture however I want.

Q11: My music makes me feel like taking over the world in a day is possible; it’s motivational. Your music should take you to another level and get you through anything.