October rolled through Chicago this year, chilling the air and pavement sooner than most expected, and Friday the 5th is no exception. Breath hangs in the air, under the street lamps and on the side streets of the quieter residential section of Lakeview, known as the Southport corridor, also home to Schubas Tavern, which happens to be the venue for Fink’s stop here in our fair city.

The front bar is a long narrow room. What limited standing space exists is flanked by hi-top tables along the exterior wall, opposite the dim wood top bar, which runs the length of the room. There’s a photo booth before the podium at the entrance to the venue itself, which serves as a box office, and bright bolts of light pop, staggered several seconds, casting momentary shadows above the attendant. Tickets, at show time, have been sold out, and a few groups of fans hem and haw at the periphery of the entrance, waiting until the show starts to find out whether or not they’ll get in. 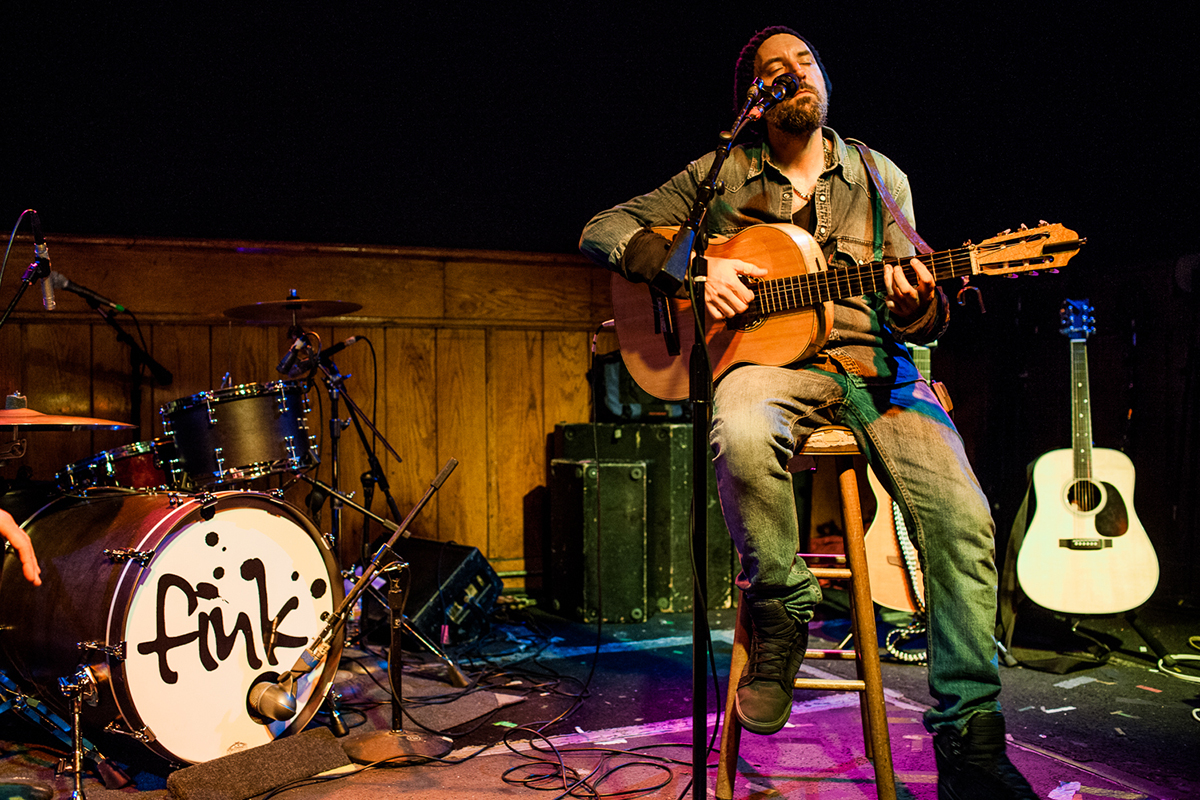 The concert hall itself is compact, tan wainscoting punctuated by iron sconces convene on a similarly appointed woodwork frame, arching over the stage, which rises no more than a few feet above the floor of the viewing area. But for the soft cloth curtains at the windows, blocking light from the street, the place radiates a sort of Viking mead-hall esthetic. When opener Daniella Sloan comes on, the floor is about half full with a crowd whose style-persuasion falls somewhere between biker-chic (i.e. sans face tattoos, risk of being knifed, motorcycles) and granola-couture. She performs a half-dozen original songs on acoustic guitar, accompanied by a bassist. She delivers a crunchy coffee-culture ethos whose subject matter ranges between chilling out and caring more, born by a powerful alto and seductively nuanced tremolo.

At a quarter ‘til 11, Fink takes the stage to the applause of a now full hall. Someone starts chanting “Double-P,” possibly in reference to the ‘power’ represented by the versatile two-man stage outfit. For the first tune, the brooding Brit-poppy study in self-determination ‘Fear is Like Fire,’ front man Fin Greenall is accompanied by bass guitar. For the subsequent set, however, the bass is set aside in lieu of a small but deftly expressive drum-kit. Fin, on the other hand, splits his time between a dreadnaught style acoustic, and a nylon-strung Spanish guitar. 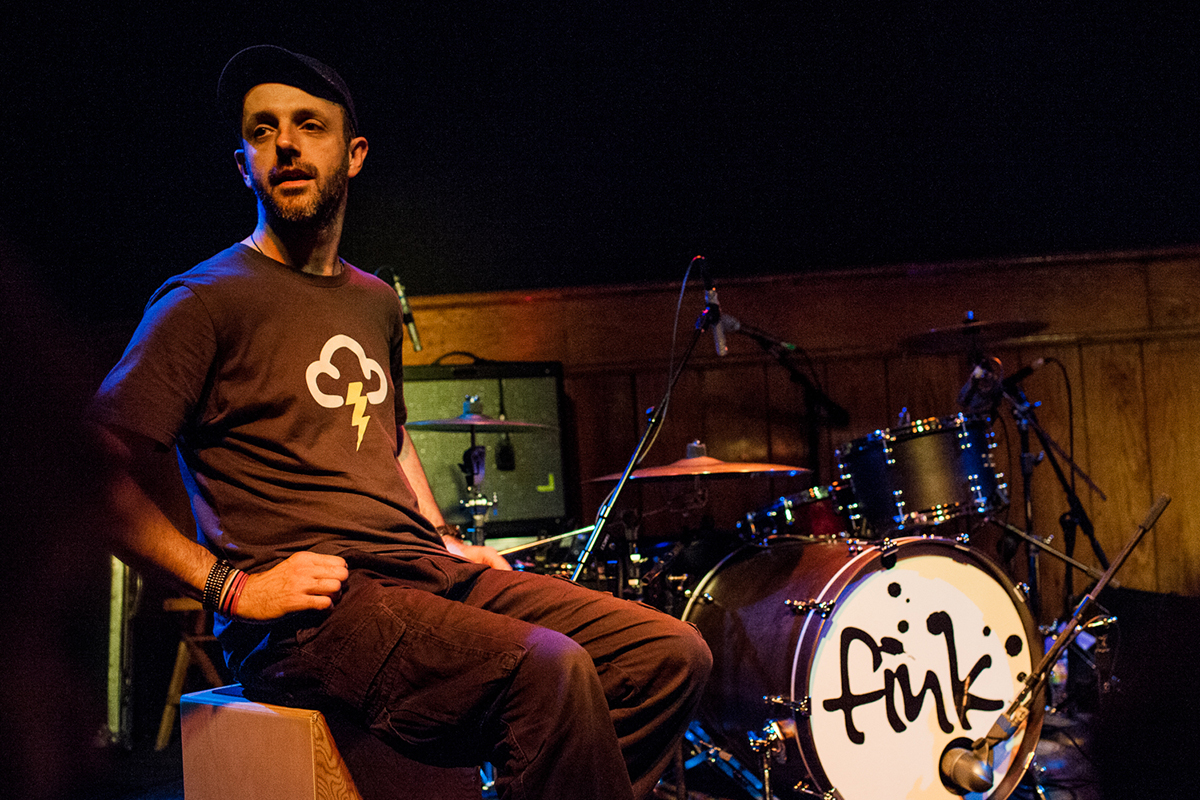 Fin’s smoky gospel vocals translate perfectly to an intimate setting, and though his set list only rearranges song-order from recent release Wheels Turn Beneath My Feet, his earnest delivery and charming stage presence render an arresting live experience.

Around midnight concert-goers spill out into the bar, some sticking around to drink, while others congregate momentarily on the corner outside. One girl is conspicuously cradling a smuggled clear plastic cup of Jack and Coke, barely hidden by the lapels of her coat. She empties the remainder of a plastic flask into her cleavage, and tosses it into the trash-can on the corner. “Fink was like Sons of Anarchy meets fried fish,” someone loudly proclaims. And baffling a description as that may be, it touches on the show’s appeal.

As much R&B as trance, as many elements of British pop as American blues and soul; Fink weaves in all of his influences evenly, never letting the gears poke through, nor letting the audience forget why they came to his show.