Fin Greenall, better knows as Fink, is a west-of-England-born Berlin-based musician who began his career as an electronic artist and producer. That party life has certainly taken him places but over the last decade or so, Fink has been – for a lack of a better term – a singer-songwriter. Since 2006’s Biscuits for Breakfast Fink had been re-imagined as a man with a guitar challenging the genre, both vocally and lyrically. Since then, Fink has released nearly a dozen of records all of which promote musical simplicity in a way that makes you forget that electronic instruments are now a staple for most artists.

His live tours run on a well-oiled schedule and (almost) every fall Fink comes to Toronto, almost always to the same venue, The Mod Club. This year was no exception but one thing is different with this year’s tour: Fink is flying solo.

The stage was set in the center, with a half-circle of guitars set to the right, just within reach of the stool. An intimate, but Fink-aware crowd gathered for the show. As he took the stage, light cheers washed over the room. After playing “Pills In My Pocket,” from Biscuits for Breakfast Fink got a little sentimental, reflecting on how long it has been since that song and album have come out, a few people in the audience nodded in agreement. Promising to play some new stuff and some old stuff the show covered a range of his tracks including “Maker” and “Sort Of Revolution” from an album by the same name (2009) and “Warm Shadow” from Perfect Darkness (2011).

~ “Maker” from Sort Of Revolution

The female half of the audience went particularly wild for “This Is the Thing” from Distance and Time (2007) and “Pilgrim” from Hard Believer (2014). As Fink shredded his guitar singing ‘Doesn’t matter when it mattered yesterday / And tomorrow ain’t too far’ the crowd went into a bit of a quiet awe, some singing under their noses, others just swaying like grass in the wind, waiting for him to share another insight into his musical genius once the track comes to an end.

Naturally a few tracks from the last release, Resugram (2017) and upcoming Bloom Innocent (set to drop on October 25 via Ninja Tune) also surfaced during the show. When it comes to new music it is a lot of discovery for the old and new fans alike. This performance has been a timely retrospective of Fink’s wealthy music repertoire and many attendees knew the lyrics. Admittedly, those of us who have been fans since “Kamlyn” may have lost track of a song here and there but hearing the new works is a welcome occurrence. A live Fink experience is always a refresher and reminder of a more solemn state of mind.

There are a few more weeks left until Bloom Innocent is ready for public consumption but in the meanwhile, we can ride the waves of the live show. 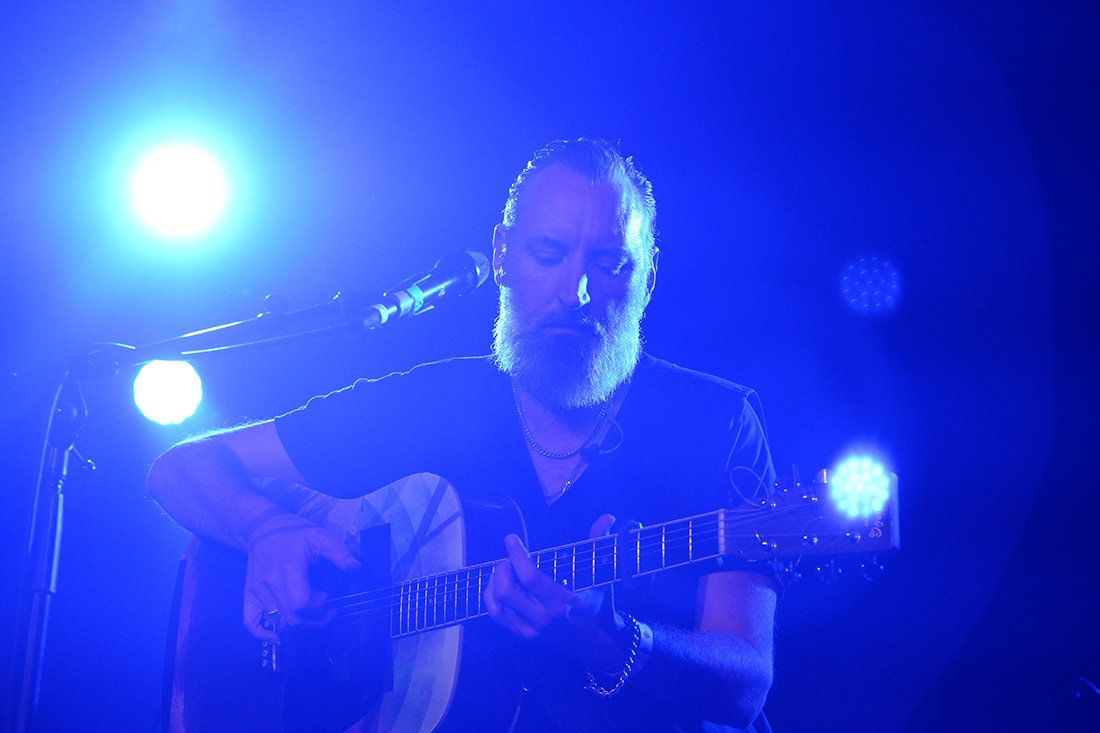