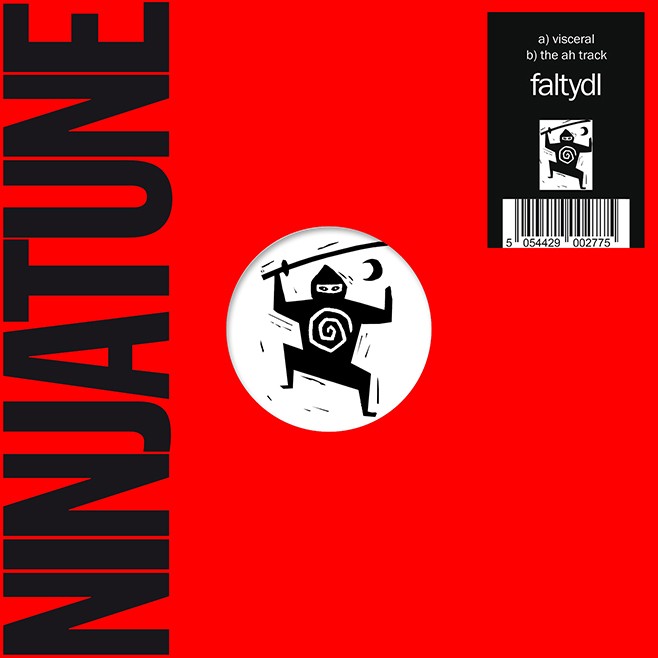 FaltyDL is all about evolution. He released his most recent LP, The Crystal Cowboy, under his name, Drew Lustman, rather than his more familiar alias. He’s moved from label Planet Mu to Ninja Tune. He even created his own tag, Blueberry Records, to slot into the mix of the record industry. For his latest two-track EP, Visceral, Lustman has returned to his moniker. But even though the name calls back to music past, his new release relays an obvious progression.

The EP starts with the self titled “Visceral”. A refined track with a multiplex of layers: the elements slowly swell as the song pushes itself forward, growing in depth by the second. Lustman’s music incorporates orchestral samples, signature to his sound. Opening with a delicate pan flute and xylophone accompaniment, the melody is quickly carried to a swift pace with snapping strings and a steady drum structure. The rhythm has a rolling pulse that is a staple of Lustman’s work. Each instrument is carefully considered as it’s added into the crescendo. Throughout the track, Lustman allows for short moments of clarity where main samples drop out, permitting gentle maracas and chimes to sway softy in the background.

“The Ah Track” follows next on his EP, opening with a metronomic tap of the high hat. Like “Visceral,” this song boasts a slow burn build, but with a much more mellow approach. It’s reminiscent of early Orbital, with that 90’s style lounge/house vibe. The wandering synths lays a thick, cozy coat over the listener, enveloping them in a dream-wave-state hypnosis. Unlike his first track, “Ah” is minimal in its elements: monochromatic, clean and crisp. This seems to speak to where FaltyDL might be heading, if we catch his redolent drift.