Elsie fest returned to NYC on August 29th, 2021 for its 6th run since the 2015 debut. The festival is touted as the first outdoor music festival in New York City that centers around show tunes from the stage and screen. Co-founded and produced by Darren Criss, Ricky Rollins, Lea Michelle, and Jordan Roth. Usually, the event is held at Central Park’s Summerstage venue, but this year it migrated to Brooklyn as part of the BRIC Celebrate Brooklyn! This event is the longest-running outdoor performing arts festival and has been running for over 40 years since it was founded in 1979. This year Elsie Fest was held at the Prospect Park Bandshell where the majority of the live events take place for the BRIC programs.

The lineup this year for Elsie fest featured some incredible musical theater stars including Alex Brightman, Kirsten Maldonado, Adrienne Warren, and more. Not only did they have featured performers, but this charming festival also had a Disney sing-along in between acts for the audience. It added a fun interactive element to the festival, as well as gave the stars a small break in between performances. The event was held at half capacity, due to COVID-19, which gave a more intimate feeling to the festival and fans had room to breathe or spread out across the outdoor venue.

The show started off with a bang as Alex Brightman took the stage with the always iconic number “Mamma Mia”. The Beetlejuice star continued to please the crowd with his witty comments and one-liners throughout his set, but the cake topper was when Darren Criss joined Brightman on stage for his final song. Their duet of “Let’s Call the Whole Thing Off” made for an amusing end to his high-spirited set.

The next performers rose to fame on Tik Tok after their creation of Bridgerton the Musical. The songwriting duo Barlow & Bear sang many of their recent hits, with guest stars including Zak Resnick, Joshua Henry, and Betsy Wolfe, but the most compelling was their duet “Burn for You” with Darren Criss. The three of them both come from parody musical theater backgrounds and fed off each other’s exuberant nonstop energy.

Up next came Adrienne Warren, who is most notably known for her performance as Tina Turner in the Broadway Musical Tina. She sang hits from the iconic Tina Turner tune “Simply the Best” all the way to the Broadway classic “Being Alive.” Adrienne Warren was a shining star in the festival and had everyone on their feet screaming by her second song. Her energy was unmatched and was absolutely bursting with life as well as an extraordinary talent.

Krysta Rodriguez and Kirstin Maldonado from Pentatonix were two other outstanding featured performers. Krysta Rodriguez opened with the anthem “Good Kisser” and closed with the crowd-pleaser “What’s Up?” for an overall entertaining and enjoyable performance. Kirsten Maldonado then gave a stunning performance of “The Wizard and I” from the hit musical Wicked that brought back out the spirit of Broadway in the midst of all the pop tunes. The festival even brought in the hip hop improv group called Freestyle Love Supreme who kept the audience entertained with their energetic performance. 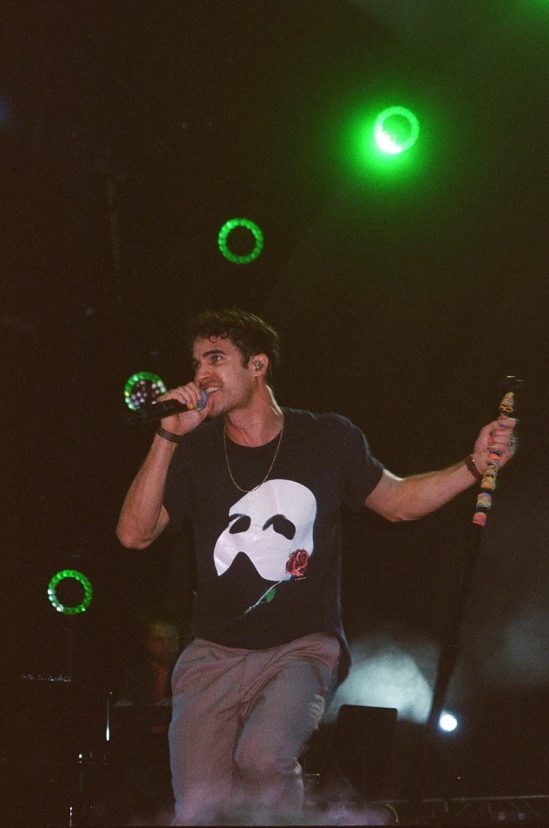 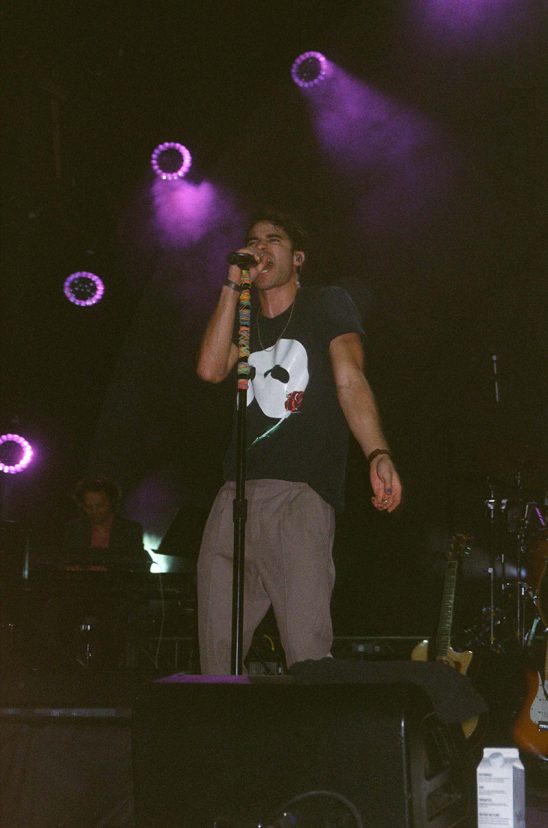 The final performer was, of course, the man of the hour, the absolutely wonderful Darren Criss. He came out with enough energy for three performers, opening with a Glee classic “Somewhere Only I Know”. Immediately the relatively relaxed crowd rushed toward the front in the hopes of getting a better view of Darren’s set. His recent EP release had the crowd in even more anticipation for a chance to see and hear the first live performances of his new songs. Darren’s EP Masquerade boasted his musical versatility and this live show at Elsie fest only proved him right. From the piano to the bass to the guitar, Darren did not disappoint. He played iconic Glee tunes like “Cough Syrup” along with his new songs “f*kn around” and “for a night like this”. The audience was even blessed with a cover of Olivia Rodrigo’s “Déjà vu” on acoustic guitar; it was the perfect mix of sweet and rockin’. Darren’s performance was a showstopper and the first plays of his new tunes were ones to remember.

Elsie fest was an evening for Broadway fanatics, pop enthusiasts, and music lovers in general. Regardless of your favorite performer, each act was energetic as well as intimate. Broadway tunes aren’t everyone’s cup of tea, but it was a unique addition to the BRIC Celebrate Brooklyn! summer festival and you couldn’t have asked for a more enthusiastic crowd to perform for. From pop songs to show tunes, these Broadway stars and pop icons brought their best performances to the Prospect Park Bombshell this year.