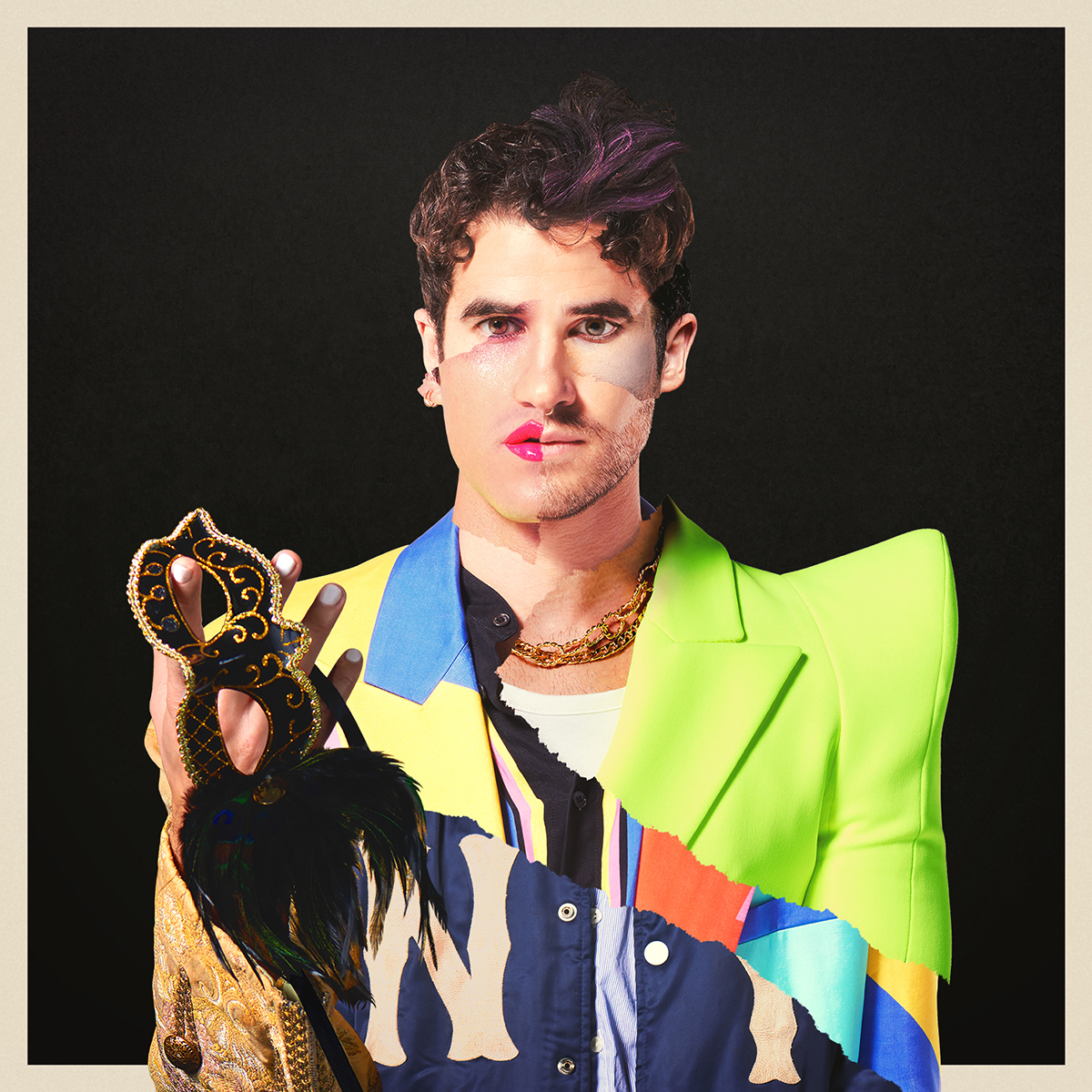 Darren Criss, American actor, songwriter, and singer released his shiny new EP Masquerade on August 20th, 2021. Criss has previously released two other EPs – Human in 2010 and Homework in 2017 – both of which were relatively laid back and consisted mostly of simple background instrumentals and solo vocals. But Criss is well known for his versatility and for this new EP he brought out all the stops, creating a wonderfully unique sound.

All the songs on the 5-track EP are drastically different in sound, as well as character, but somehow meld into a remarkable listening experience. The first track “f*kn around” starts the album with a bang. This high-energy tune is attention-grabbing, not to mention it has a killer chorus that will absolutely make you want to scream “You’re f*kin around!” along with Darren. This track was chosen to be released as the first single from the EP back in May 2021 and he chose well.

“i can’t dance” is the second track and by far the strangest on the EP, but enjoyable all the same. The entire track feels mysterious – almost like you’re at an underground fashion show in Paris. The chorus is harsh and crisp with the repetition of “I can’t dance” in a rather staccato style.  However, the verses are smooth and husky, which is rather off-putting at first, but Criss uses this low register to his advantage. He provides the audience with gorgeous throaty notes that make you hang on to his every word and even show off his knowledge of the French language. As interesting as this contrast is, the song is a little difficult to wrap your head around and falls a little flat towards the end, but overall it is a captivating listening experience.

The third track is funkier and a bit softer than the second, “let’s” keeps with the staccato chorus sound but has a less drastic contrast between the verse and the chorus. Definitely, an easy song for a listener to wrap their mind around, and the catchy “let’s go to a masquerade, let’s stay up all night” lyrics is something almost everyone might want to do (especially after this past year)!

“walk of shame” is a wonderfully beautiful tune and serves as a break in the upbeat nature of the EP. This fourth track is reminiscent of a simple Italian sonata and a tune one might hear in the background of a beautiful love scene. Darren’s vocals are soft and he invites the audience to quite literally take a peaceful walk with him.

Masquerade starts off with an in-your-face rock banger and slowly works its way to a soft, optimistic tune. Each song, although quite different, hints at the previous song while simultaneously foreshadowing the presence of the next. Darren shared on social media “Masquerade is a small collection of the variety of musical masques that have always inspired me.” This musical variety that we know Darren for, works in his favor and any longtime fan will be absolutely bursting with excitement after finishing this short but sweet EP.