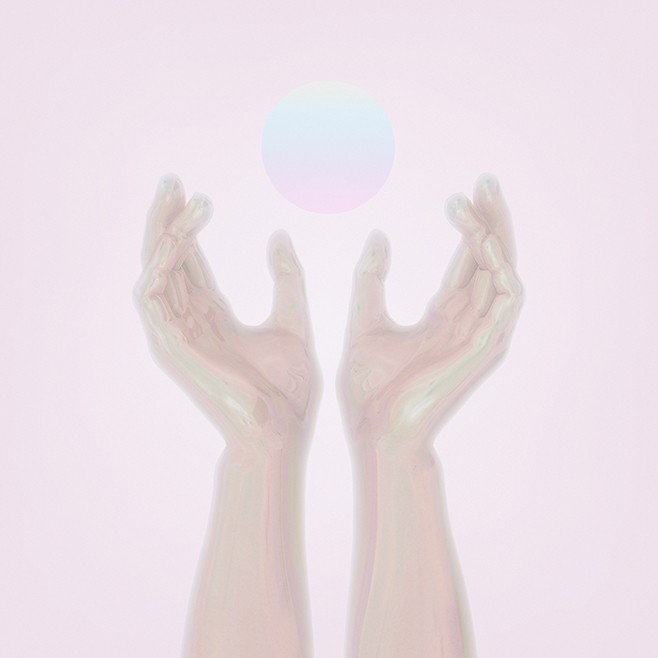 Perhaps it’s unfair to generalize, but there are a lot — A LOT — of electronic acts out there doing roughly the same thing in roughly the same way. Like any genre in music popular enough to spawn a scene, electronic dance has blown up to the point that unless you have a distinct sound or visual gimmick, you’ll blend in rather than stick out.

North Carolina’s Travis Stewart, better known as Machinedrum, lives in a bubble between the genre’s major acts and the periphery. This offbeat collection adds to his mystique, but doesn’t cement his rep either in or outside of the top tier of producers.

Machinedrum played a raucous set at What The Festival 2015 with Vapor City Live. And given the variety of work on Human Energy, he has a solid sense of how to craft interesting soundscapes.

The album is uneven: overly familiar in some spots, but completely thrilling in others. Guest vocals help differentiate some tracks —“Dos Puertas”, for example, fluctuates between buildups and gently vocally inflected beats before settling into a near-breathless rap from Kevin Hussein. It’s a series of teases, building toward drops that only half-arrive.

Likewise, “Morphozine” chimes and churns under Ruckazoid’s simple vocal, but really works best during the brief drum-n-bass inspired bits punctuated by quick synth chirps. Both tracks are good, but don’t quite elevate the collection beyond much of what you’d hear elsewhere.

“Ocean of Thought” recalls the ‘80s/‘90s heyday of Art of Noise, its sampled vocal from an old movie drifting in and out of center. It never quite gets where it’s trying to go.

Machinedrum fares much better with tracks like “Spectrum Sequence”, splitting the difference between Glass Candy’s “Digital Versicolor”, Ken Nordine’s spoken-word jazz stylings, and old-school Kraftwerk. The track feels throwaway at first but sticks with you, especially as it segues into “White Crown” (featuring Tosin Abasi). The track’s stunted arpeggios harken back to Frank Zappa’s Synclavier work on Jazz From Hell, but have a dancefloor snap that wouldn’t have occurred to FZ. It’s still not something you’d hear at a club, but it’s got a distinct sound. Likewise, “Colour Communicator” works best when it eschews big beats and goes its own way into more avant-garde, Zappa-esque territory.

When electronic music producers release albums — collections of songs rather than mixtapes — the results are often misunderstood. To this reviewer’s ear, many of those collections serve as samplers for what’s to come at live sets — snippets of a much larger, more inclusive whole. Taken as such, Machinedrum’s Human Energy has a lot to offer and suggests sets with variety and unusual flavor. But if you listen to the album looking for a suite of songs that coalesce into a larger whole, your mileage may vary.