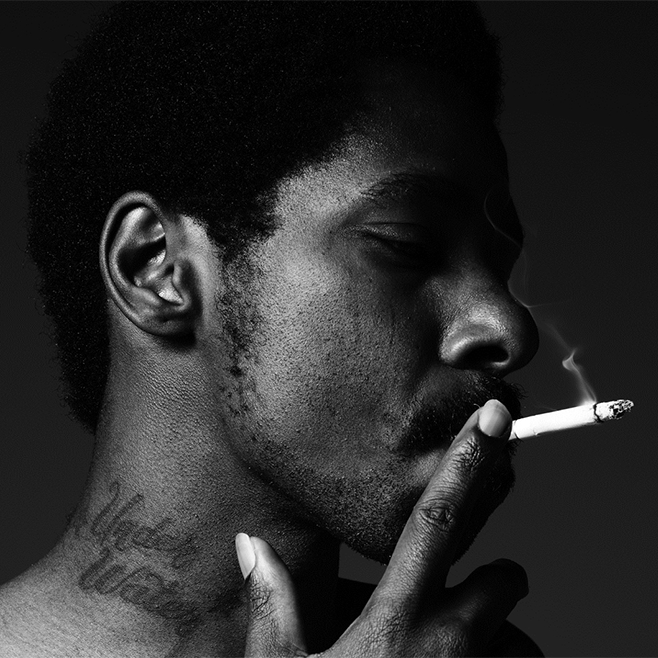 After releasing Soul Power in 2014 Curtis Harding was immediately flagged as an artist to watch by the Rolling Stones magazine. That album had a lasting impact, it’s one that I personally keep going back to and tracks from which keep showing up in Spotify playlists. But it took him a few years to put together his next record, Face Your Fear, which only came out last month. Fittingly enough, the timing was perfect. This year has been, in a way, a revival to classic soul and 70s rock. With artists like Michael Kiwanuka, Leon Bridges, and Son Little touring a whole generation matured into the likes of the classics, hungrily searching for the jazzy undertones.

Personally, I’ve been waiting a while for Curtis Harding to return to Toronto so this Monday night couldn’t come soon enough. The packed room at Velvet Underground made it obvious I was not the only one. Fashionably late, Harding and his 4-piece band (guitar, bass, drums, and saxophone/keys) took the stage. For the next hour the five of them, Harding occasionally on guitar and tambourine, played through the two albums in no particular order. From the start Harding was sharing stories, opinions, and excuses: “If you have a show, don’t hang out the night before smoking cigarettes and drinking whiskey” he sprayed some throat medicine, “cause you got shit to do” he finished and went on to perform “Drive my car” and “Beautiful People.” There was also that time he played the wrong song, but it was pretty damn funny since the mistake came right after a conversation about drinking.

The thing that shocked me the most about this audience, however, is how still and quiet they were the entire evening. With a few scattered dancers here and there most people were hardly even bopping, despite Harding’s engaging performance. Not even singing along as the band played “Go As You Are” and “On and On.” It was at this moment the concert came to it’s ultimate best, you know – that moment when you as a listener and a fan experience perfect peace, a certain feeling of euphoria, though by the looks of the crowd it was just me and the couple swaying nearby. Every song still came to it’s conclusion with a loud and cheerful applause, however still, the audience seemed pleased. By the time Harding played “The Drive” people begun to move a little but the show was wrapping up. After a brief break the band came back out for an encore with just one song: “Keep On Shining,” a great way to end the night.

As a parting note, in Harding’s words, “Cheers and make sure to tip the bartender if you drink.”