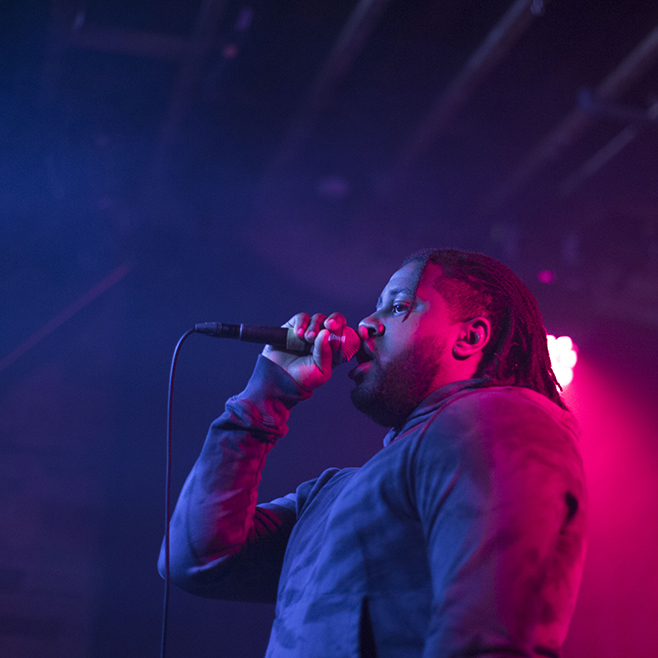 Canadian Music Week (CMW) opened in full swing on a Tuesday night this year, starting the festival off strong. Velvet Underground, as we learned throughout the next few days, became our home for CMW. This particular night was rhythmic and emotional as TOBi and Xavier Omar brought down the house.

TOBi hails from Brampton, which to his surprise got a whole lot of hollas from the crowd. TOBi looked sharp on stage – cool hat, cool sweater, and a stellar band. 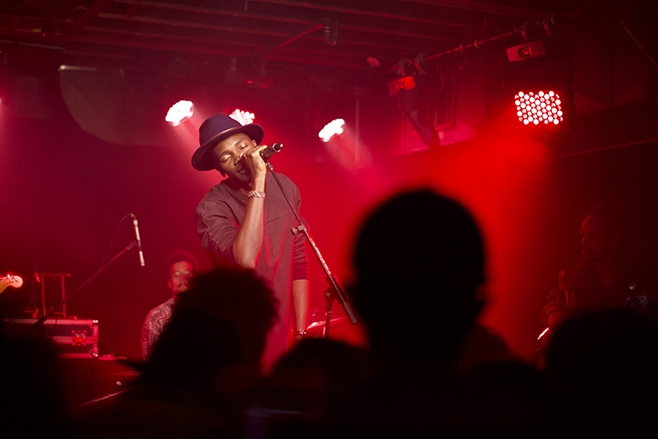 His lyrics are equally sharp: “I just want a queen / I could hold forever / Go on strolls together / Stay out late, get drunk as f*ck and then / Go home together / Grow together.” His delivery is soundly better in person – not to say that the record is of a lesser quality, but the live set had something extra special about it.

One of those special things might be the short stories and commentary he shares between tracks, and another could be the fact that he wrote a song dedicated to beer – and not just any beer: Sapporo. He brought it with him, drank it on stage, paced himself to it, and then sang a song to it.

After a short break, California’s Xavier Omär took the stage with a strong, evocative start.

“Toronto, I’m excited to be here. I heard there are a lot of grown women out there, I wrote this song about them.” And you guessed it, he sang “Grown Woman”, which wrapped up with a mad and beautifully in-sync singalong with the crowd.

Much like TOBi earlier in the night, Omär told stories between tracks. A lot of these stories were tense, emotional, about acceptance or lack thereof, and of course, love. A particularly stirring speech was followed by a particularly stirring song: “Afraid”, which he said he doesn’t like to perform, considering its revelatory content.

The crowd loved it – they loved every bit of it, and were not shy to express their fanaticism.