Despite predictions of dark clouds, Saturday cleared into blue skies by noon, which made it a perfect day to explore the Sunday Best Balearic Beach Club. A small portion of a usually nudist beach was occupied by a Moroccan tent, blankets and a DJ hut, near which people were dancing and bopping to Martin Davies dressed in a captain costume.

Davies is originally from Manchester and is currently residing on the Isle of Wight, where he started his own label, Wight Label Records. Today he hosts the Wight Label Records Radio Show and tours Europe, DJing parties. With Bestival originating in the UK, it made perfect sense to have Martin Davies as a special guest. While his usual repertoire consists of melodic, deep, house, his beach-side set was built on disco undertones, with tracks like Faze Action’s “I Wanna Dancer” causing waves on the sand.

By the time Rob Da Bank entered the DJ hut, the path to the beach turned into a line quickly regulated by flanking security guards. The main stage was host to Born Ruffians, with a tight crowd of people singing along to “Needle,” “same as everyone spinning underneath the sun.” 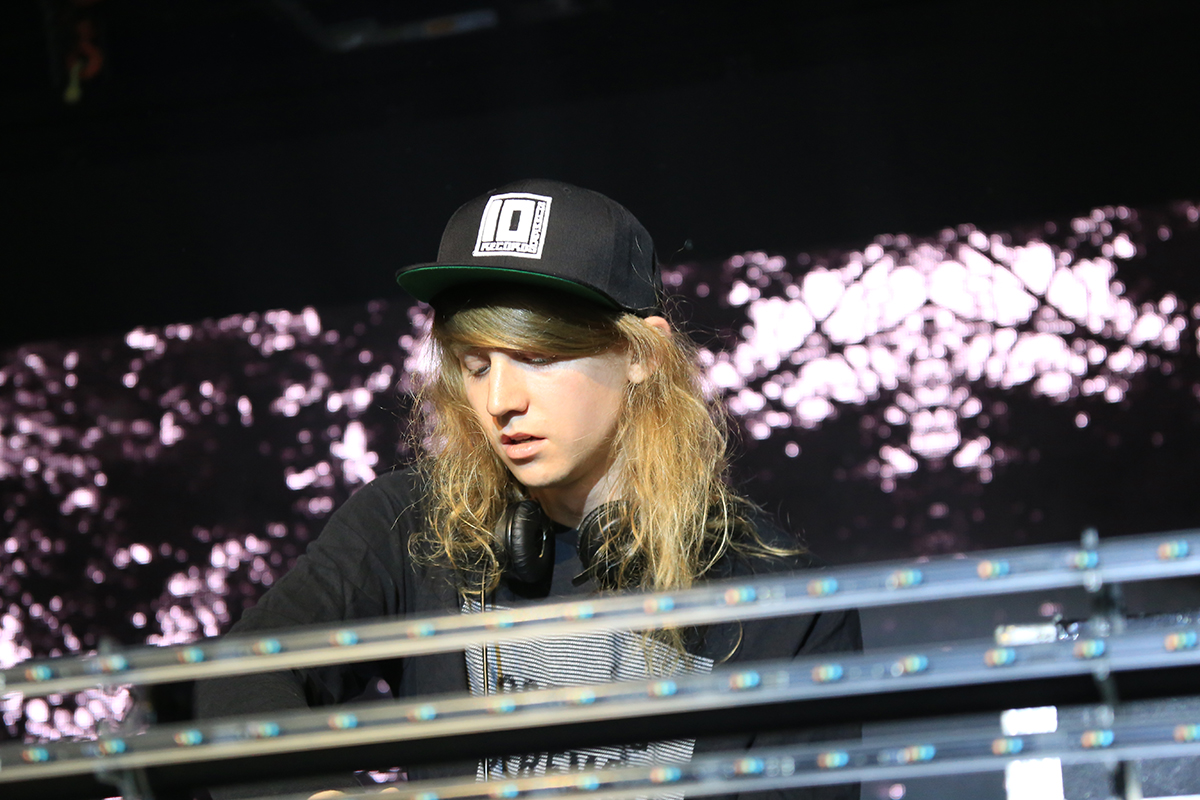 On the other side of the park, the Big Top stage was beginning to fill up for Cashmere Cat and what would turn into an exploding party in a few hours. Magnus August Høiberg, a Norwegian DJ/producer who goes by the name Cashmere Cat (not to be confused with Cajmere) is one of those performers with a humble attitude. Similarly to Jamie xx, Høiberg didn’t interact with the crowd at all, but his set of skills is nothing to be shy about. With a solid bunch of appearances at the DMC World DJ Championships, Cashmere Cat was masterfully going through the Mirror Maru and Wedding Bells EPs.

Immediately following Høiberg was Lodewijk Fluttert, a Dutch producer known as Bakermat. Over the last couple years almost everything Bakermat released became a summer hit, so much so that he had his own stage at Tomorrowland in 2014. Joined on stage by his usual saxophone player, Fluttert went through his hits from “Teach Me” to “Another Man,” with an ear to ear smile on his face from the beginning to the end. 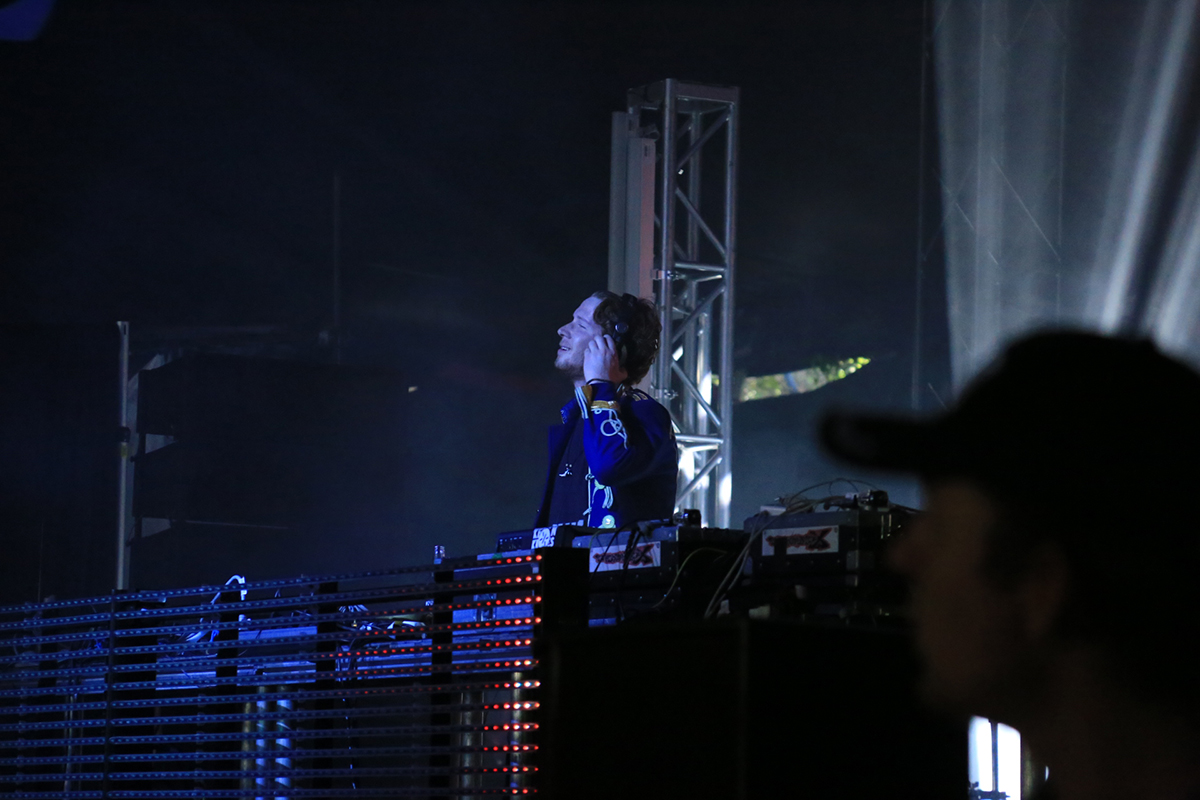 The next artist crew to take the stage was local success story, Keys N Krates. Having exploded onto the mainstream dance music scene with the track “Dum Dee Dum,” Keys N Krates have recently dropped an equally successful Every Nite EP. The main track from the EP, “Are We Faded,” has already been remixed by a variety of people, on multiple stages and was a sure way to pack in the tent with shouting, jumping fans reaching for the sky. Having a gift for crossing genres from various decades, Keys N Krates are also regular guests at the Red Bull Thre3style, so these guys really know how to get the crowd going. This set was alive.

A newcomer to the music scene, ZHU, was second last on the Saturday night bill. No one knew who Steven Zhu was until sometime last year when “Faded,” (and subsequently it’s remix by ODESZA) exploded on the internet. ZHU is one of those artists who prefers to be seen for his music alone, he doesn’t do many interviews and performed behind a veil which stretched across the entire Big Top stage, serving as a screen through which you could occasionally get a peak at Steven Zhu.

In less than a year, ZHU has acquired a massive fan base. The mosh pit for ZHU’s set ended a few meters outside of the Big Top tent and those who could not get close were scattered, dancing in the nearby area on the grass.

With photos still flooding, one by one, onto Instagram and people reminiscing about the weekend, it is clear that Bestival has made an epic entrance into Canada. We hope to see you back next year U.K., let’s make Toronto Island your second home. 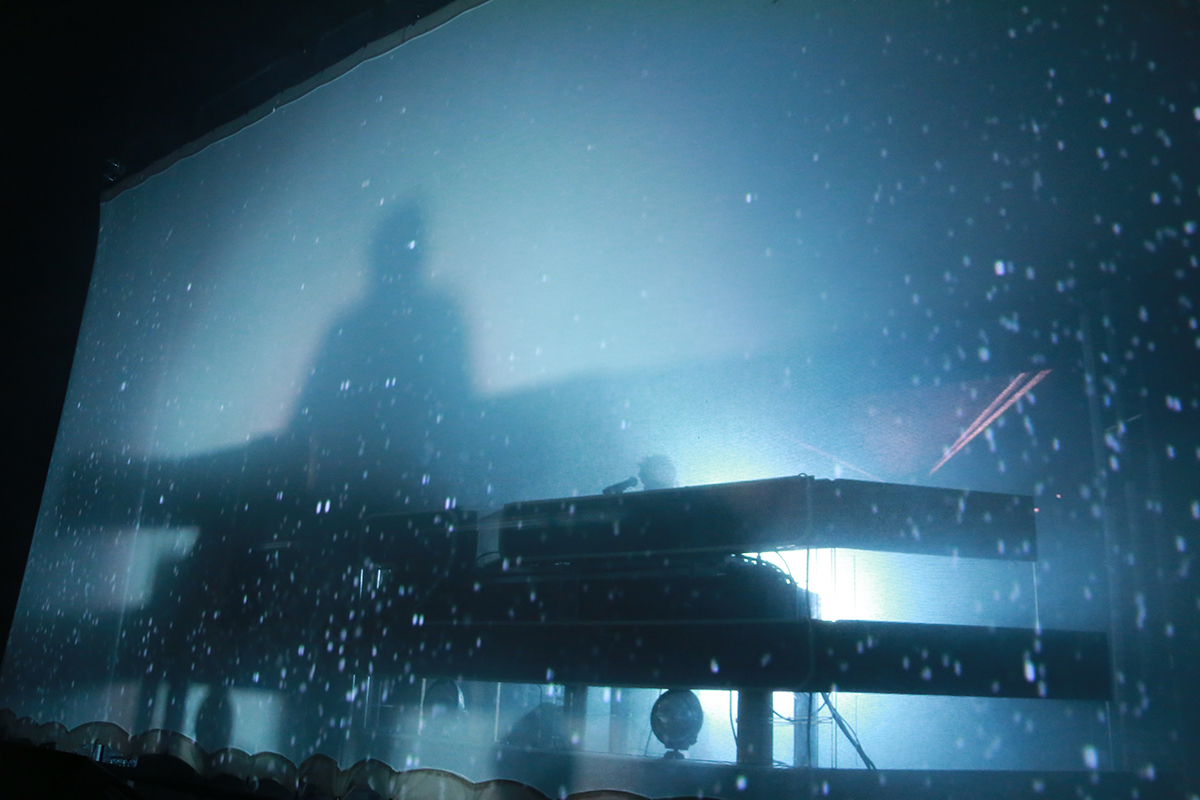