The techno and house music event ARC Festival returned to Chicago for its sophomore outing and it did not disappoint. With fall on the horizon, Chicago festival goers are trying to enjoy every last ounce of the outside before the cold settles in for the long winter. ARC was more than happy to oblige by taking over Union Park with four different stages spread out across the field, each with a unique theme that made walking to every section a must-see.

However, the lines to get into the park grounds were long making for uncomfortable wait times. Once inside the gates, fans were greeted with a giant metallic angelic statue that posed towards the heavens as if it was an omen saying everything is going to be alright. That breath of positive energy made everyone realize how beautiful the setup was, welcoming people’s colorful attire. Those that upgraded to the Global and Iconic VIP packages got access to wonderful viewing areas of stages, an exclusive lounge with drinks and DJ, massage, face painting, and a barber parlor. Definitely worth considering upgrading if the festival continues to include the extra perks. All those add-ons made the overall experience fun but if you want to get the full enjoyment you have to get on the ground level and join the crowd. Dancing along with strangers is a must in order to appreciate the culture. The ARC Car stage was the perfect transition place to walk between areas because it was the smallest of the four. A hollowed-out school bus filled with lights parked on a small turf patch with a DJ booth at eye level allowed for an intimate setting. It was dark but the brightest of the music kept the dance floor moving. The drawback of the ARC Car was that it was between stages so the sound could get drowned out by The Grid.

The Grid was the biggest stage of all and catered to the techno crowd. With huge LED panels spread across the landscape, artists like Boris Brejcha and Carl Cox took full advantage of the amazing light display and pyro. Shout out to the engineers and stagehands that rigged everything because if you were a DJ that performed on The Grid stage it was guaranteed to be a great showcase. This is where the VIP viewing area was worth the purchase as you can get a full unabstracted view of the spectacle. It was nice after walking and dancing all day to take a seat, enjoy a drink, and be in awe of the beauty the entire crew put together. With pyro and fireworks shooting out to the sky and blinking lights flashing over the crowd truly it was a sight to behold. 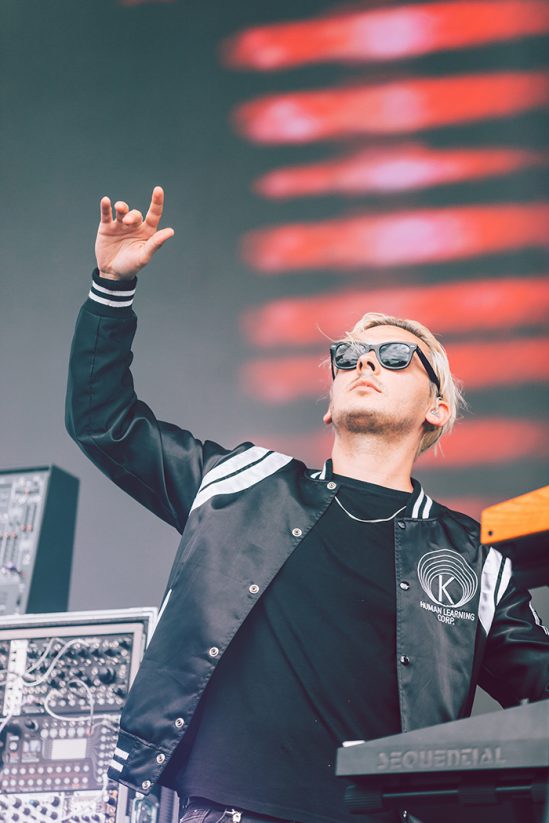 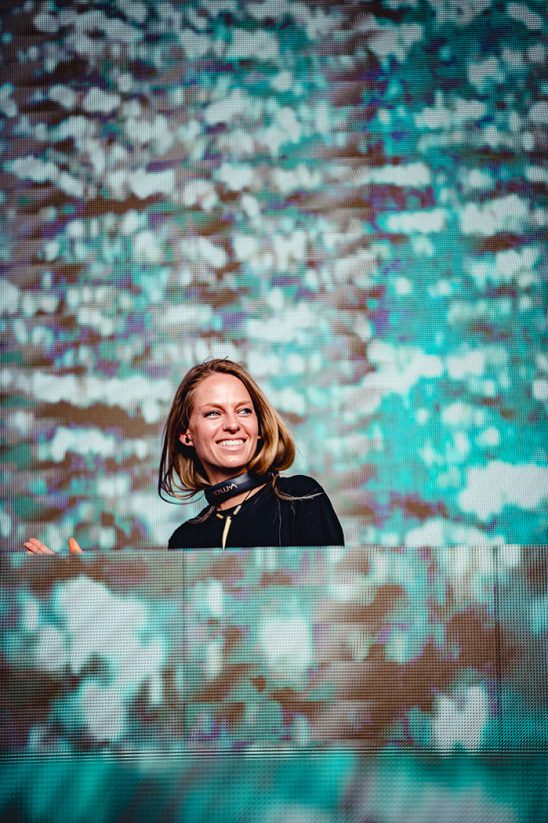 Kasablanca on the left, Nora En Pure on the right

The Elrow and Expansion stages both battled it out for who had the most consistently fun stages. = Expansion was in the back corner entrenched in trees and had a wooded nature theme. DJs like ACID Pauli and Honey Dijon threw down on 2 hours sets both keeping the energy high. I especially appreciated when ACID Pauli played Tenesha The Wordsmith, “Why White Folks Can’t Call Me N****” in the middle of his set before going into a more psychedelic route. The beat is Afrocentric but the deep poetic words puzzled the crowd. I enjoyed the entire ordeal with my fist clenched in the air. Honey Dijon was a joy to watch, she joked and danced with everyone on stage while playing classic house tunes. Above: Honey Dijon facing the crowd. Below: Paco Osuna at the Elrow stage. The best stage had to go to Elrow because this open tent was a sea theme. Vibrant jellyfish and puffer fish were painted on the ceiling and statue turtles posed as they were swimming toward you. The entire tent had tentacles draped around the dance floor with the creepy face of an octopus displayed right behind the DJ booth. Every hour, pink confetti rained down with actors dressed as a shipwreck crew dancing through the crowd. There were people on stilts, mermaid beach bums, and sunburnt sailors, even a pirate chicken that orchestrated the energy back up. The heat from the crowd literally made you sweat even if you were on the edges. But once you were in it, you stayed. Artists like Chris Lake and Fat Boy Slim consistently played great house music that made enduring the heat worth it. Even when you left to check another stage, there was this urge to return to Elrow as if the ocean was calling you back and when you did felt like you were home.

Simply put, ARC Music Festival kicked ass. It was a blast to experience. Hearing and dancing to modern techno and vintage house music all weekend was a great way to end the summer before the Labor Day rest. Anyone that enjoys electronic music can appreciate the amount of work put into ARC with its fantastic detailed designs and hopefully, the festival is here to stay for years to come.