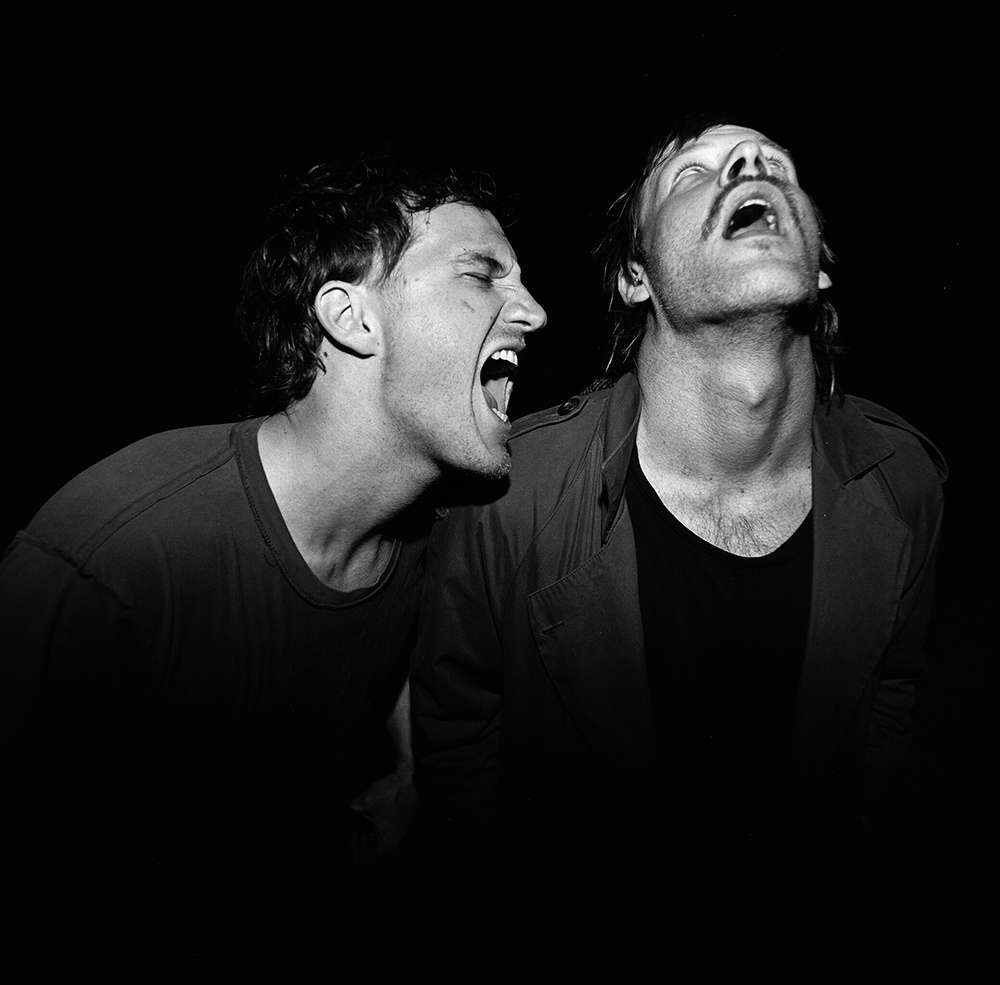 From album to album to album, Gardens & Villa evolve their sound, you know it’s the same band, but each album is written in a different attitude. Music For Dogs, while only a year apart, is a long departure from Dunes.

When the band got up on stage this Thursday for what’s starting to look like their annual visit to Toronto’s Garrison, it was obvious something has changed and it wasn’t just the wardrobe. Gardens & Villa appeared to be a lot more relaxed in their casual silky attire, more free with their movements previously restricted by suits and overall, in some way, more in touch with who they are.

There was only a handful of people at the club, with the core fans at the forefront of the room singing along to most of the songs. The band went through a good selection of songs from across their 3 albums playing people’s favorites like “Black Hills” and “Domino” in between the new tracks. In full disclosure, the first time I listened to Music For Dogs I struggled with the album, but seeing the show live peaked my curiosity on many levels. I will have to re-listen the album, (and I have re-listened to the album repeatedly since) but first I need to know what Chris Lynch and Adam Rasmussen have been up to these last few months.

“We’ve been living in L.A. in a warehouse” says Rasmussen, in a wildly unpopular by L.A. standards neighbourhood called Frogtown, a residential community between Griffith Park and the L.A. River. “We wrote a zine about it” he points to a newsprint with “Space Command. Frogtown” on the cover. The guy beside me had just bought all three records which Rasmussen is opening one by one to sign so I ask him which one is his favorite “The new one,” he says “it’s the kind of music we wanted to make since we were 14.” The piano parts on the album came from a “handful of upright pianos scattered around the [warehouse] that inspires impromptu jamming,” writes Lynch in the zine, “a lot of the sounds on the album also came from an organ we got in Oregon” for the mere price of ten bucks. The environment in the neighborhood and the warehouse with various artists, musicians, and other “weirdos” coming in and out day and night created a space in which Lynch and Rasmussen found a pool of creative inspiration that became Music For Dogs.

Rasmussen goes on to list all of the things they still have to work on in the space while packing up the merch booth. It’s just a blank canvas for now and there is still a lot of work to be done, he looks ecstatic. The band is clearly putting down roots in Frogtown, in fact it’s “the only neighborhood in L.A.” I should visit Rasmussen points out with a smile. Once the tour wraps up, Gardens & Villa will return to their new home to complete the renovations and then later, who knows, they might even start their own record label. I, for one, cannot wait to see how this adventure develops.