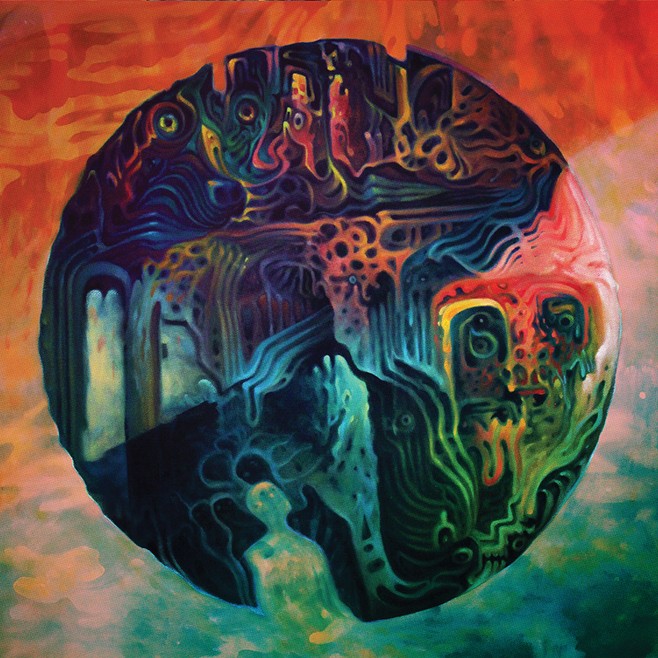 Maybe it’s unfair to blame him for everything that’s come after him, but as the progenitor of the ultra-commercial broad-audience electro-dance album with licensing aspirations, he set the stage for the successes of Daft Punk, Chemical Brothers, and later-on guys like Slow Magic and Yppah.

Pronounced “yippah”, the name is, of course, “happy” backwards, and the music on the new album Tiny Pause underscores that. It’s not quite celebratory, but it is jolly. There’s no edge here, no rage or even nervous energy. And that’s fine. Not every producer needs to be FlyLo or Miii, and there’s plenty of room in a genre as broad as electronica for an album of mellow grooves.

Any single track on this album could be used in a coffee commercial. That’s not a criticism; there’s nothing inherently wrong or inferior about having an ear for commercial timbre. Which Yppah most definitely does.

“All Shades Of Pink” begins promisingly with piano-like sounds that suggest a sample of Roxy Music’s “Do The Strand”, but quickly settles into a mellow acoustic guitar and electronic percussion loop punctuated by languid electric guitar and vocal “oohs” in the background. It’s definitely pleasant, but it doesn’t really go anywhere; there’s no structure, no give and take. It’s a groove that starts, builds, almost stops, then returns to where it was.

“Bushmills” flirts with a ‘90s Manchester vibe, balancing a baggy shuffle with retro guitar and chimes. Again, pleasant. Two tracks in, it’s clear that Yppah doesn’t shy away from using guitars to flavor his sound, and that’s refreshing. And is that a muted trumpet in “Coastal Cities”?

“Little Dreamer” revisits baggy with the tiniest hint of glitch; “Neighborhoods” and “Occasional Magic” also use gentle guitar and short vocal samples to ramble along. It’s all fine. There’s nothing on these nine tracks that would upset anyone’s supper. Quite the opposite: it’s a 2015 version of new age as popularized by Patrick O’Hearn or Andreas Vollenweider, a slightly more chill cousin to Slow Magic’s How To Walk Away.

Ultimately, Tiny Pause is closer to the department store or yoga studio than the nightclub. It’s an album you could safely buy for your mom. It’s mood music for the Xanax generation. And the more I think about that, the cooler it is.