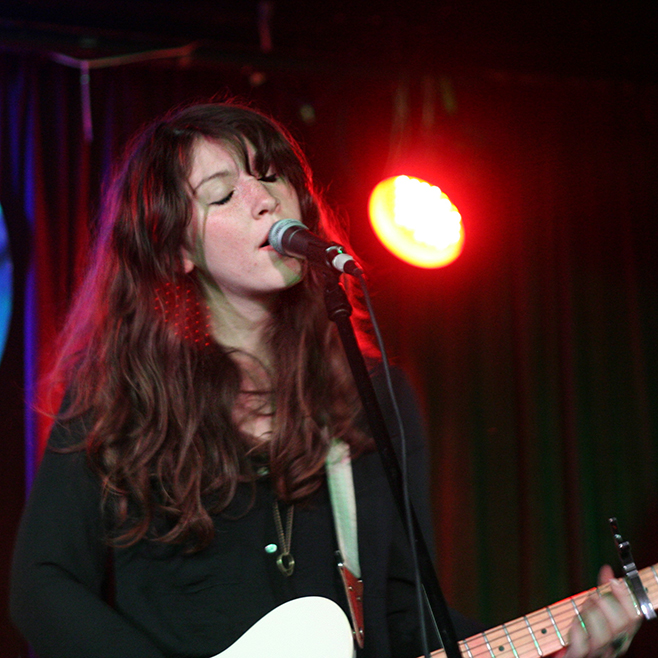 This Thanksgiving Sunday, The Silver Dollar Room hosted Brooklyn’s shoegaze duo, Widowspeak. Touring on the sales of the recently released All Yours, Molly Hamilton and guitarist Robert Earl Thomas, joined on stage by a drummer and another guitarist, are taking divebars and small concert back in time.

All Yours is, more so than any other Widowspeak release, underwritten with Americana vibes. Hamilton’s voice is soft, every sound comes out as an exhale into the universe, and at times it was hard to understand the words. Thomas’ guitar and harmonica solos, on the other hand, were an upbeat intermission to an otherwise low key performance. Track after track from “Cosmically Aligned” to “Coke Bottle Green,” the noisy Silver Dollar was beginning to feel like a saloon. If there was a bar brawl it would have been a well timed duel in the dust.

The slim crowd didn’t quite seem to be the usual Widowspeak crowd, which can probably be attributed to it being a holiday weekend. The chatter in the room was almost too upbeat for the dreamy shoegaze gently encompassing the venue, but that didn’t seem to bother the band. They were on a different plain cruising through a desert to the sounds of their guitars.