It’s been a while since The Prodigy name was a commonly used reference in music. Over the last decade it became one of those bands people talk about in conversations that start with “remember that track from way back…” But despite falling of the charts and out of conversations Liam Howlett, Keith Flint, and Maxim Reality have not fully fallen off the grid releasing an album every five years or so touching base with their core audience.

In the meanwhile the main stream dance music industry has been shifting and changing into more teen friendly genre giving DJ/Producer superstar status to people whose live shows are not much different from one another or from what you hear in your earphones. Prodigy, on the other hand, is not the music you quietly listen to in your room while staring up in the sealing. This is metal infused reggae with machine-gun breakbeats that must be heard offensively loud.

Admittedly this sound has always been an acquired taste. Rave music that many of grew up with is not what today’s rave fan base’s baby ears are able to handle or understand. The fan-base, however, is still there and to some of us seeing The Prodigy as a headliner on the Riot Fest bill was more then enough to hop on a train and ride it to the suburbs. 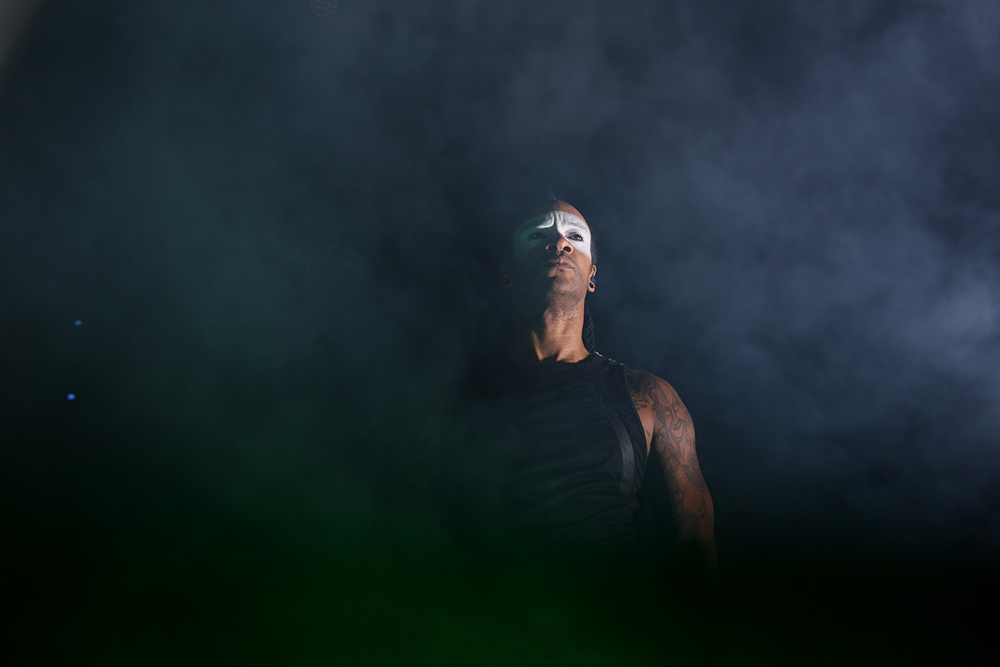 After weeks of anticipation and a brief delay in the schedule The Prodigy emerged through the smoke clouds on the dark stage lit only by the throbbing strobe lights. To no ones surprise the set started with “Breathe” from The Fat of the Land album (1997) to which the core of the crowd exploded pushing the non-believers to the sides of the stage. Through the said strobe lights moving spasmodically are Flint, in his signature wifebeater, and Maxim in a hooded fur vest with a ragged zipper that from a far looks like a set of teeth. “Are all my warriors here?” [insert obscured shouts and grouts] questionably stares Maxim into the crowd from under his fur hood.

The power with which the first song invaded Downsview park carried on throughout the show. Moving across their five albums with new tracks in between from “Nasty” (2015) to “Omen” (2009) and “Voodoo People” (1994). The band finished strong with “Their Law” from Music for the Jilted Generation (1994) an hour later in front of a thinned out crowd of true fans. 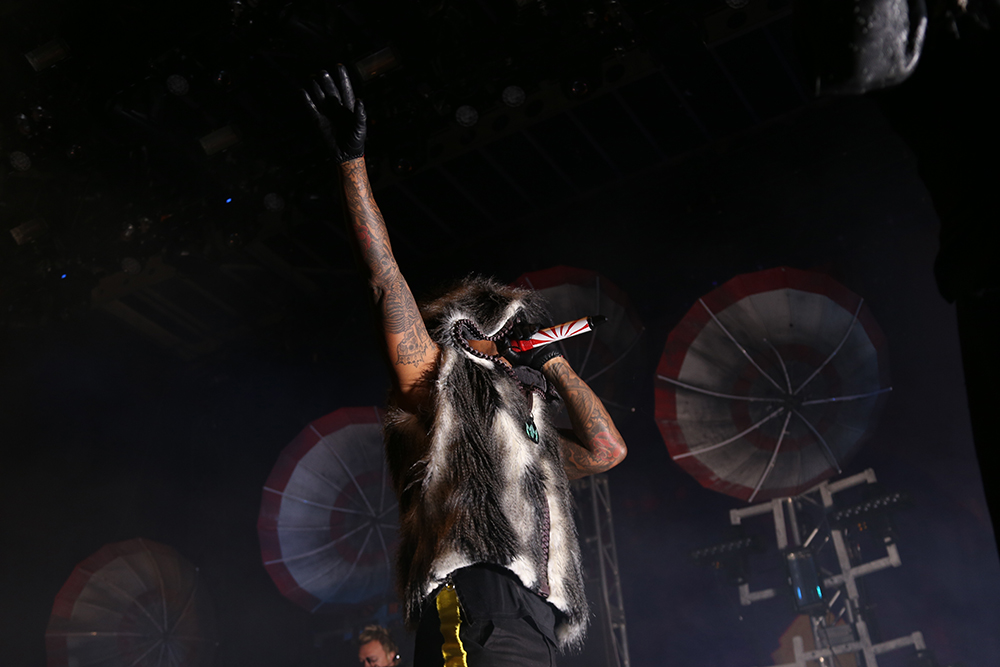