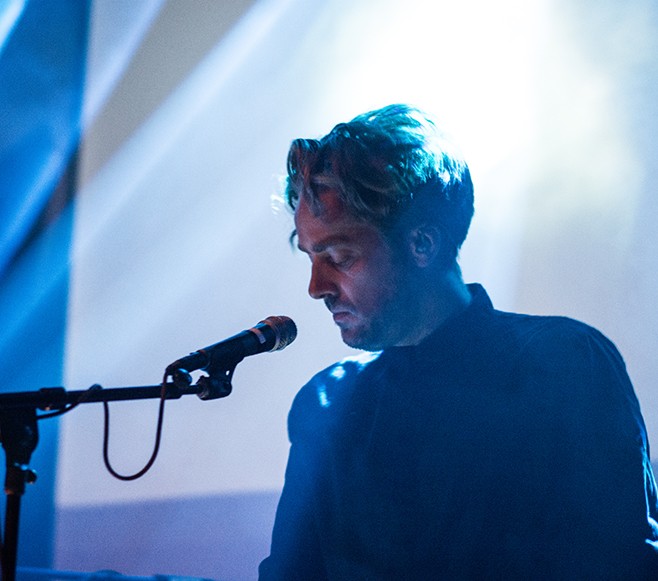 The Acid are not one of those bands who show up in your city and churn out the same show they’ve played in 140 other towns. There are no “Hello, Cleveland!” moments, no eyeroll-inducing clichés. Quite the opposite: as members Steve Napela, Adam Freeland, and Ry X took the stage they seemed to be feeling out one another as well as the audience, antennae out, testing the environment around them.

A low tone accompanied them settling into their spots; Freehand repeatedly signaled the lighting guy to turn completely off the already low lights dimly illuminating the stage. Ry X looked more L.A. street kid than indie vocalist in a graphic tee and baseball cap. And though the sound was dialed in perfectly from the first minute of “Creeper”, for at least three songs the band and crowd held each other at arm’s length—a tentative start. The tension broke during “Fame” as the crowd started behaving less like they were at an art exhibition and began to move, swaying as a whole with pockets of more exuberant dancing at the edges. It was quite like a switch was flipped: Ry X visibly loosened up in response to the crowd and, though discouraged earlier, the lighting brought some visibility to the stage. Suddenly what was a seemingly polite evening became celebratory. 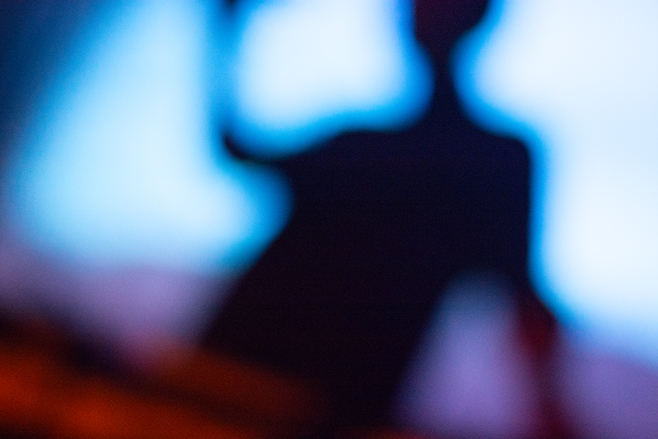 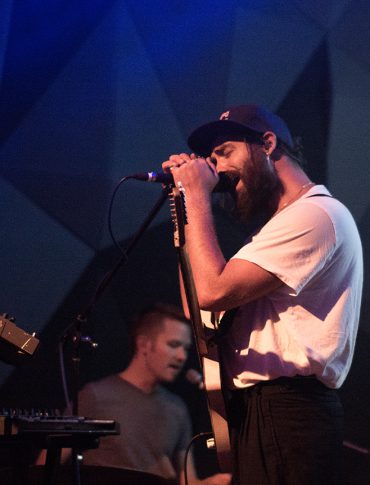 The Acid’s calm, atmospheric debut Liminal—one of 2014’s very best albums—was played just about in full. To their immense credit the band recreated the record’s sparse-yet-expansive sound live, cautiously fleshing out arrangements with the addition of a drummer. Electronic music can sometimes make for a less than engaging performance but there’s no “guy on a laptop” dynamic at work here: The Acid aren’t hitting play and standing about, they’re creating soundscapes on the spot. Freeland plays certain percussion parts with drumsticks on trigger pads at his synth setup; Ry X manipulates his vocals with dials as well as playing guitar, and took a seat at a third synth setup for one track. They’re engaged. There is movement, there is improvisation. By the end of the set there was also genuine warmth between band and crowd as it became clear that everyone in the room was intimately familiar with the songs. Only Ry X spoke, showing appreciation for the welcome and acknowledging that The Acid’s previous visit to Portland opening for Alt-J wasn’t quite the same thing as headlining. The venue may have been a bit smaller but the packed house was there just for for them, and that makes a difference.