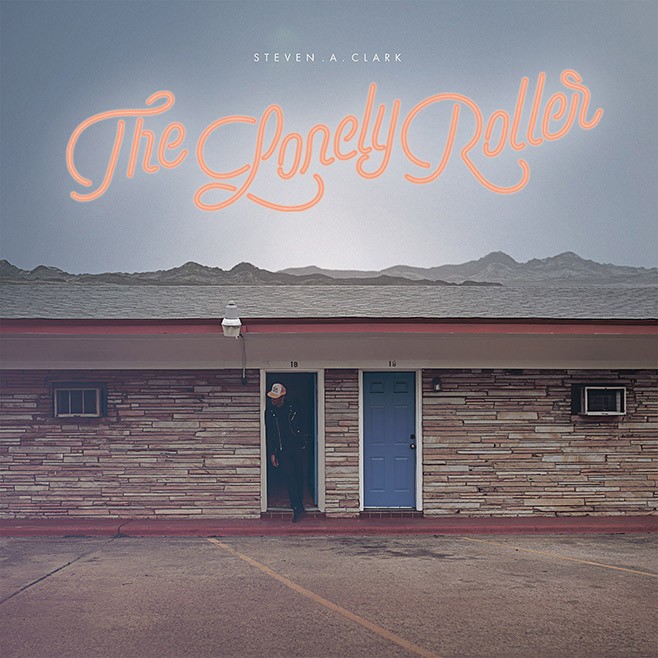 Steven A. Clark The Lonely Roller is your soundtrack for a cool evening spent with friends who need not be fans of R&B. The Miami-based singer/songwriter’s first full album creates a soundscape populated with electronic pop, classic rock, and even some unexpected “Free Bird”. There is enough variety to make concentrating on conversations harder for everyone.

What binds the eclectic mix is, of course, what binds us all in the human experience: the age-old, timeless theme of love. Oxford University Press published a book about it just this year, which The New Yorker reviewed and expanded upon last month…Something about how the first songs in history were love songs and how the best love songs are sad love songs.

As the album title suggests, Clark’s newest collection comprises sad love songs. But the sorrow isn’t sappy, and the sound isn’t stale. If anything, two tracks, “Not You” and “Bounty,” stand out for not standing out enough, being fairly standard pop-y fare. You could use that time to open another bottle of wine.

Clark earns absolution for ooh-aah-ing down old paths with the offering of “Can’t Have”. After a bittersweet string intro reminiscent of chamber music, “Can’t Have” swells into an energetic, ethereal farewell to former love. It makes ‘80s synth sound as smooth as honey to the modern sinner. Rather than drive you sobbing into a confessional, it will make you want to improve yourself for your next (or current) relationship.

In the same hymnbook, “Floral Print” is a beautiful requiem for anyone with post-parting depression: “Should I just off myself/It ain’t been good ever since she left/it’s like everything’s pointless.” Clark then uses the best part of “Floral Print” – its haunting chorus of “She said we would be together…” – to produce “Part Two” which, like most sequels, is dutiful though not daring.

“Lonely Roller” is a little repetitive, possibly a little misogynistic, but a lot catchy. I suspect it’s the first and namesake track because the title sounds good (and is certainly more SEO-friendly than “Can’t Have”), since most of the album sounds better.

With soft synth and clean vocals, The Lonely Roller is perfect for cruising to if you’re someone who has loved and lost and learnt from it, rather than a sad sack cranking up the bass too high in his neon underglowing car. Don’t be that guy, and don’t miss this album.

The Lonely Roller will be released on September 19, 2015.