When attending a concert that you’re going to be reviewing, it’s sometimes useful to look at the demographics represented by the fans. However, in the case of Steve Aoki’s 17+ early show at the Congress Theater in Chicago this past weekend (December 15th), it might be more fitting to look at who didn’t get in. As a starting point at least.

I’m on the corner waiting for our photographer, Brandon Farrington, to find parking, and as doors open, a group of bouncers exuding a heady mixture of would-be Lucha Libre stars and CIA types bark out instructions with precision to ready IDs for entry (i.e. “show me your papers, schnell!”). As a barrage of, lets say, under-dressed youths ricochet off the impenetrable bouncers’ ID checkpoint, the call goes up that only state IDs will be accepted, no high school or middle school ID cards allowed. At first it’s only a few, but before long about a quarter to a third of the line start to begrudgingly admit to themselves that they are, indeed, not going to get in. Some hinting at tears, others blaming each other for not having been born several years farther in the past, they scuttle off into the side streets of Logan Square, to do whatever it is fourteen year old kids without structure do. 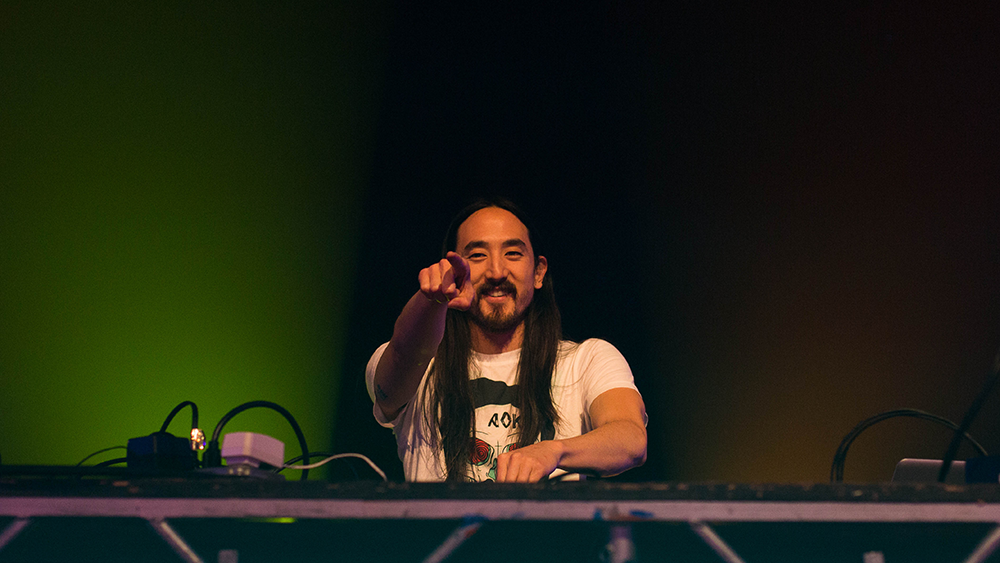 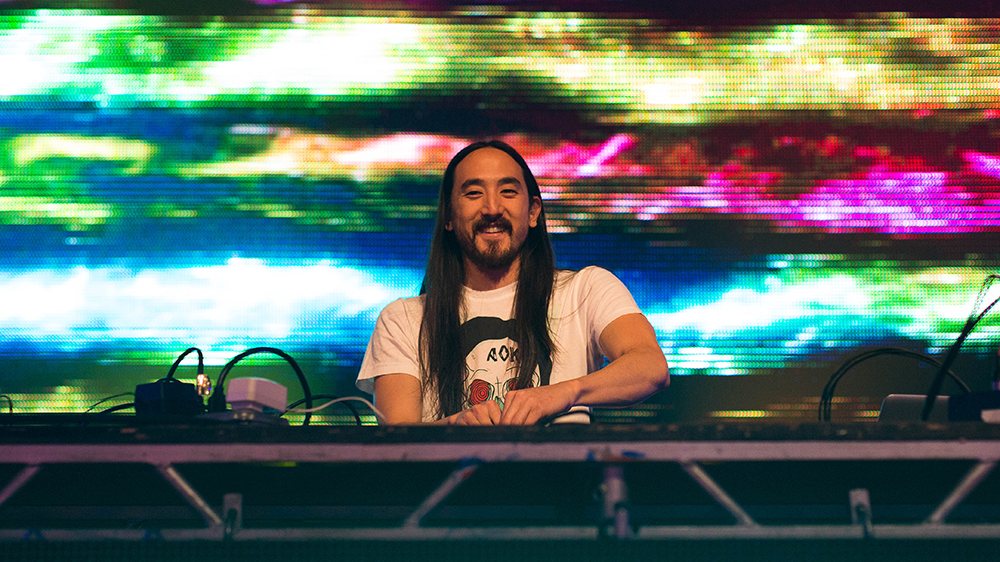 So, entering the mammoth venue, the music has already begun, a medium-tempo concoction of house music, with a few nods to top-40 thrown in for good measure. Those who actually made it inside seem to have forgotten the tension on the street, and the party feels no worse for wear. Scanning the crowd of shirtless bros and woefully beach-garbed girls, Brandon’s summation seemed worthy of print: “it’s like walking into an STD…”

All venereal infections aside, the brunt of the party doesn’t really kick in until R3HAB gets into the booth. He spins a straightforward blend of pop-friendly house, replete with the hard-hitting drops one comes to expect of any EDM show worth its bath salts. But the main event, Mr. Aoki himself, is the true crux of the pandemonium. There’s a flurry of bodies grinding together; squinting your eyes and skimming the top of the crowd, one perceives a sea of glowing neon and upturned faces, limbs breaching the surface at chaotic intervals, wails hovering momentarily before drowning out, under booming audio. And presiding over it all, the sort-of-obviously Jesus-mimicking MC himself, and heir to the Benihana empire, Steve. It’s a weird, weird scene down there. 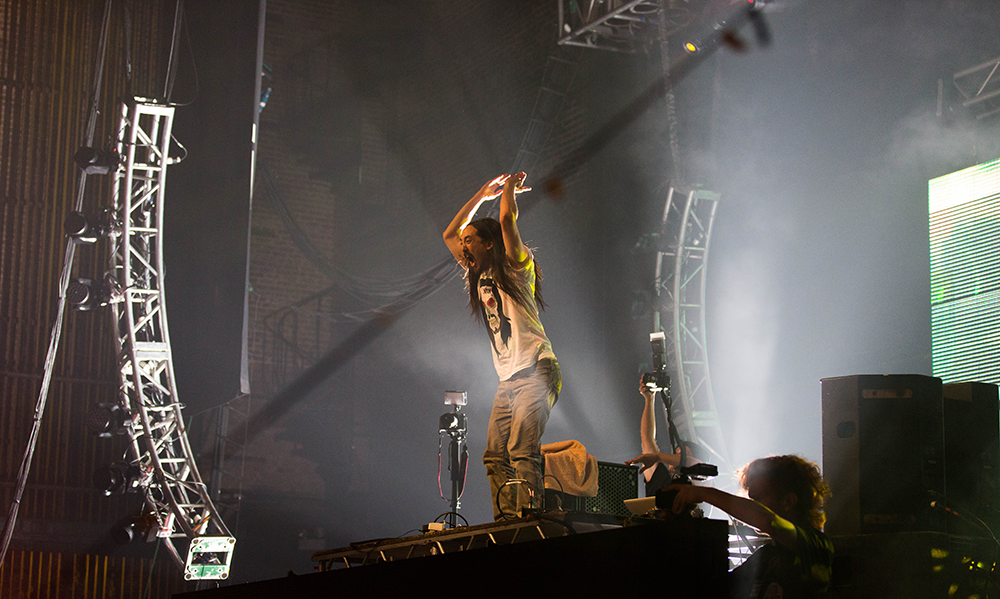