On Wednesday night, Ryn Weaver delivered such a high-octane show at the Bowery, that at 40-45 minutes, it left the audience flummoxed that it ended so soon, but enthralled while it lasted. The YouTube videos are already up here and here and here.

Weaver started off strong with “Runaway.” How appropriate that while claiming she was evil, she was swathed in green light. Her self-possession and overall stage presence is admirable, especially for a 22-year-old. She claws her way toward notes that you’re surprised to hear are possible, and when she dances like a freak, it’s like watching a fun friend have a good time without a hint of consciousness. It seems that she would be equally comfortable performing in a garage or an arena.

Refusing to be put in a box, there isn’t a comparison out there that Weaver couldn’t fit. She often has the force of Florence Welch, throw in some of the yodeling of Jewel, with songs like “Traveling Song,” and the coolness of BANKS and you have a very talented, sui generis sort of singer-songwriter. She’s worked with Passion Pit’s frontman Michael Angelakos and Charli XCX to write “OctaHate,” her biggest hit to date. But as she showed Wednesday night, there are many more parts to her that will blow you away. 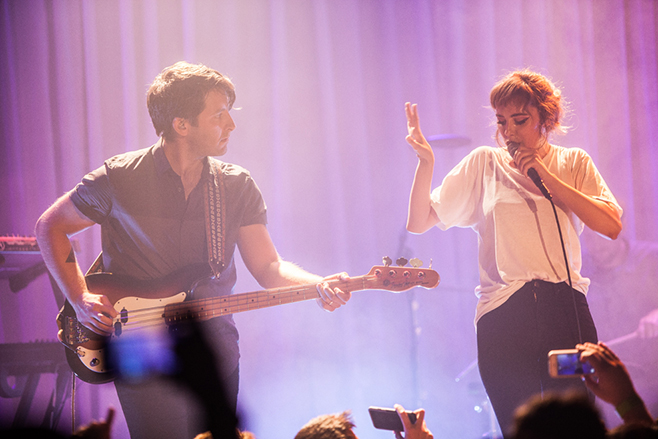 There’s a French flair with Ryn Weaver, San Diego born, Erin Michelle Wüthrich. Some of her best songs include “Pierre” and “Traveling Song,” a beautiful ode she wrote about her French grandfather, who passed away the first of this year. The song is toward the end of her debut album, The Fool, which came out in mid-June of this year. It has a stunning conclusion where Weaver breathes a sort of spoken word chorus that reached Patti Smith proportions in its unabashed sincerity and clear vision. The audience was completely silent as if caught by the throat. Unless you’re performing at The Met, to do that to any New York audience takes serious talent.

She is folksy and poppy, like Taylor Swift at 18 and 25 smashed together. But unlike Ms. Swift, Weaver has a keen ability to detect bullshit, as well as the artistic integrity not to follow it. 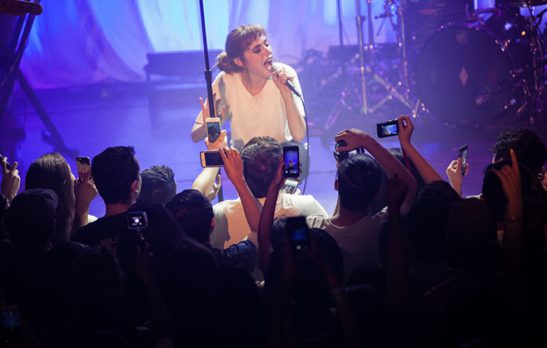 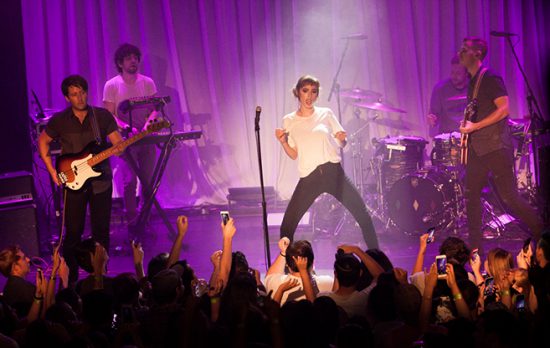 She is a rare singer-songwriter who is confident enough to engage the audience. “Talk to someone you don’t know,” she said in between songs. “Two people you didn’t come to the show with, make out, dance, do whatever.”

This was the party vibe she wanted to keep up, a word she actually used three times during the show. And while she is a formidable ringmaster, hopefully she’ll soon perform at venues where she can showcase her voice, lyrics, and music, all of which near brilliance.

Weaver’s final song of the night, “New Constellations” was the same that wrapped up her album The Fool, a smart arrangement that reminds one of Lorde’s Pure Heroine. “New Constellations“ is a soft, considerate song that serves as a sort of personal mantra to the forceful debut. In Weaver’s case, the mantra is to expand yourself ad infinitum, and it was pure joy to see her do just that.