The art rock pop disco-tech fever dream known as Django Django played last night at New York’s Webster Hall to a sold out crowd. That so many people packed the Grand Ballroom’s floor in weather approaching the triple digits was admirable. It was easily over 100 in the venue and, at one point, lead singer and guitarist, Vincent Neff asked the crowd to raise their hands in the air and wave, creating some environmentally sound air conditioning.

The stage, filled with Ionian columns and a perfect light show, was reminiscent of a St. Vincent show, though not as tightly choreographed.

Django Django know how to start a song, but as far as varying it to the point of gripping people by the throat, they’re still figuring that out (assuming that’s what they want to do).

Like many shows at Webster hall, it was 99 percent white; why white people are so taken by this sort of music we will leave to the sociologists. But even in this stern crowd that cultivates an aura of “cool-serious,” Django was able to make most of the crowd dance.

Webster Hall deserves major props for setting up screens along the balcony so there literally was no place where people couldn’t see the performance. Even at larger venues like Terminal 5 and Hammerstein Ballroom, screens are oddly absent. 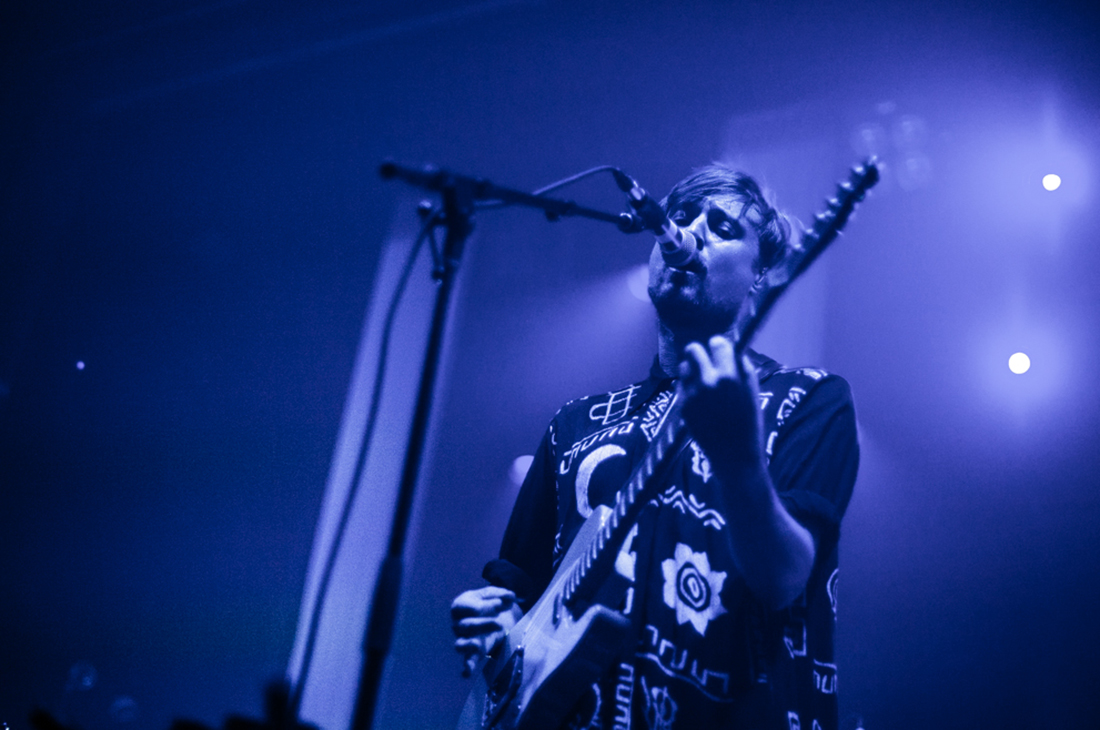 Neff was clearly heard throughout the set, singing in a confident voice and speaking in an amiable though rushed lilt that reminded one of a certain hobbit. They had the biggest tambourine ever, and perfect percussion support thanks to Dave Maclean.

“First Light” was the first song for the background of a spinning Sluggard statue to change. The audiences’ cameras came out onto what looked like an eclipse with psychedelic blues and oranges coming out from around the edges. It’s one of their catchier songs and the light reflected fantastically in everything from hipster sunglasses to the bottom of the drum’s cymbals.

Though there’s a groovy, almost beach vibe to their music, the quartet dressed like they worked at a software company rather than channeling Jefferson Airplane.

They turned their keyboard to piano mode and brought out a sax. We could have used more of that.

As their music is a sort of Top 40 for Robots, it makes sense their set would eventually turn to a sort of 80s PowerPoint that may have been featured at the MoMA in the early 80s. The screens continued to morph into a sort of musical playground: a heart monitor reader turned into scribbles, a blizzard of white light.

While the beginning of all of their songs is always gripping, some lack the sort of narrative climax that might keep audiences leaning forward. The lack of drama could also be the fact that each band member contributes equally, and hey, three cheers for democracy, but a leader–or even taking turns at solos–would add a few varying jolts to their live shows.

Still, overall, Django Django is a great dance party, even in 100 degrees weather. 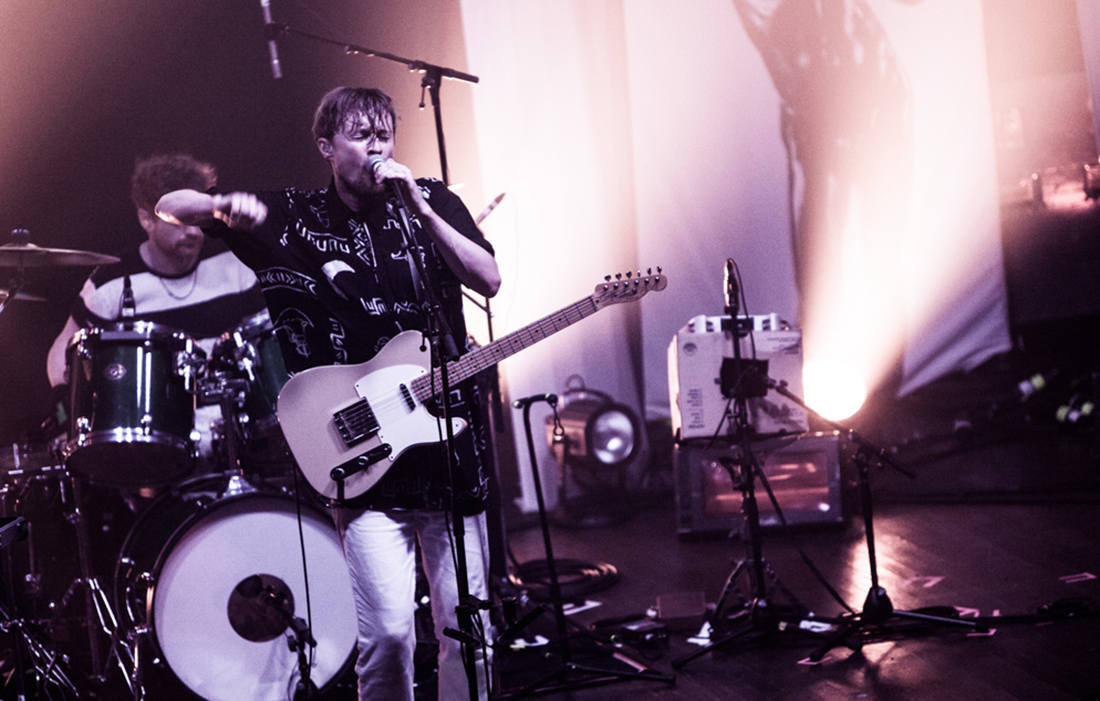