“It’s the magical, mystery kind,” crooned Edward Sharpe and the Magnetic Zeros, at Rifflandia, Victoria’s most hyped up music festival. The annual event is in its sixth year and is no doubt earning a reputation as one of the bigger, more stylish festivals on the West Coast of Canada.

Rifflandia takes place over four days at venues around downtown Victoria (Vancouver Island’s largest and most populated city), with two main stages at Royal Athletic Park. It’s kind of like a choose-your-own-adventure. Plus, Victoria is so small that you see everyone you know, making it one of those magical, all-nighter adventures you talk about for months afterward.

A strange mix of old school electro, indie rock, and Canadian talent, this year’s festival also turned out to be pleasantly hip-hop heavy and a little bit nostalgic.

Hot Hot Heat played on Saturday afternoon and sounded exactly like they did on the radio, circa 2004. Stars, Hawksley Workman and Souls of Mischief also graced the festival with their old school ways. (Souls are getting a bit old by the way – wasn’t ‘93, like, twenty years ago?)

But that’s not to say Rifflandia is for the uncool. Oozing West Coast everything – from trendy food trucks to colorful hippie fashions – there were a ton of great acts and, unfortunately, not enough time to see them all, even when running from venue to venue. Kid Koala, Mykki Blanco, and Bosnian Rainbows (Omar Rodríguez-López’s new project) were a few of the standout performances.

St. Lucia was also a breath of fresh air. They were so good live, in fact, they could have converted many a nonfan into die-hard supporters. Despite some technical difficulties, their set ended on a high note with the much loved hit “September,” which was probably the highlight of the festival, as well-dressed West Coasters swayed in the afternoon sun.

Wintersleep was another highlight, drawing in a more wholesome crowd. They played a tight set, appropriately timed during nice weather, “You guys are fun. This is awesome!” they shouted, after playing their gorgeous new single, “Nothing Is Anything”.

In true festival fashion, rain poured during the headliners on the final night, making the whole experience a little more authentic, if not hardcore. The rain cast a spell on people drunkenly grooving to the last of the live music. Big Boi stole the show as he sat on a throne and pumped out his famous rhymes, including a few OutKast hits, obviously.

Matt & Kim also gave an outstanding performance that could have been hit or miss. Their fun energy in songs such as the brilliant “Let’s Go” and “Block After Block” remixed with hip hop beats, made up for the cold blustery rain. Finally, it felt like a badass West Coastin’ festival.

Despite seamless vocals by Jade Castrinos, Edward Sharpe and the Magnetic Zeros delivered an extremely lacklustre close to the weekend, especially in comparison to last year’s performance by Mother Mother, who topped off the festival with an epic, upbeat show.

The rain finally stopped and crowds tiredly yawned their way home to recoup from four days of hearty fun.

Rifflandia, while still figuring out its direction as a festival, is most definitely the magical, mystery kind, with a little love and nostalgia too. 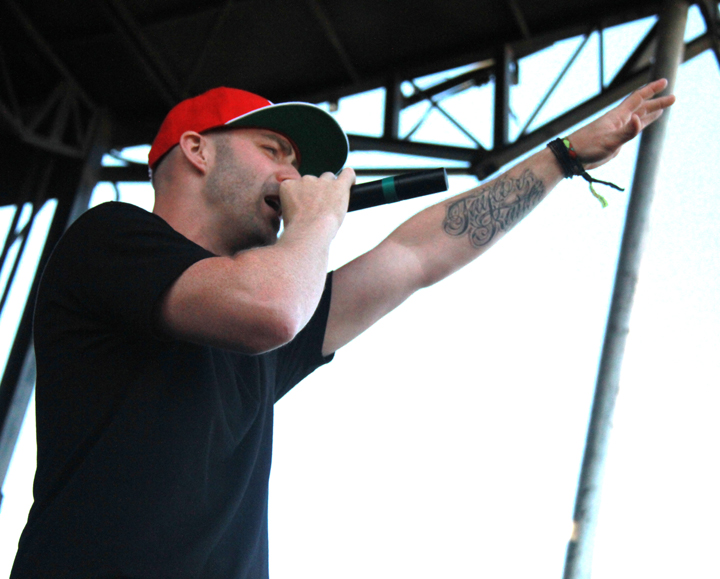