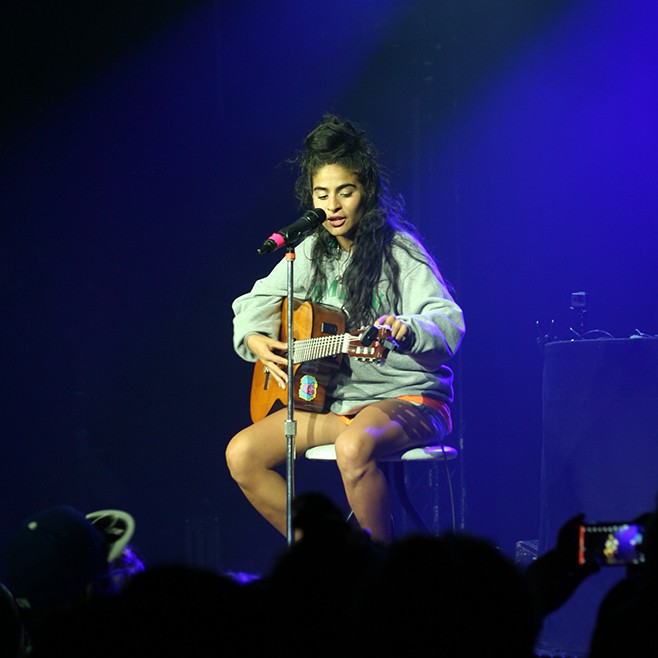 Toronto-based singer, songwriter, and rapper, Jessie Reyez first broke ground with her covers, but it wasn’t until she released “Figures” last year, an original track, that the music industry and fans took notice. “Figures” is a simple, stripped-back hymn featuring Reyes melodically singing over guitar. The sheer simplicity of it was astonishing. The naked, emotional, uncensored lyrical theme carried through to the next track, “Shutter Island,” and her debut EP, Kiddo, released this April. With each release the audience got to know Jessie a little more. By the time you get to the end of Kiddo you can feel an emotional connection. Shortly after Reyez released a deeply personal film based on her personal story that “Gatekeepers” is about – A True Story. The film featured a “strong message to young women that they can make it in the music industry without succumbing to pressure of becoming a sexual assault statistic.”

Now that we’ve got a bit of important history out of the way, let’s talk about the live show.

Last Friday Toronto’s Mod Club open it’s doors for Jessie Reyez’s last show on the Kiddo tour. The show was sold out, packed wall-to-wall with excited fans patiently waiting for Reyez to take the stage. As soon as she did it was clear the audience knew exactly what they were there for, nearly everyone knew every word and on more than one occasion Reyez let the audience to sing the song. The room was vibrating with all sorts of positive emotions and radiating support. Reyez thanked her parents, her friends, The Remix Project, and a thousand times to the adoring audience: “My gums are gonna hurt from smiling at the end of this show – thank you, thank you, thank you!”

Each track came with a personal story, something about her life an childhood, something about the music industry, and a lot about her emotional state, love, and relationships. “Can I talk to you for a moment? I want to talk to every single one of you, be quiet… seriously shut the fuck up!” she smiled, and as the room went quiet she proceeded to give an inspiration speech about being strong, fighting for what you want, and never letting anyone hold you down.

As the show went on Reyez played through Kiddo, her favorite covers, a few unreleased tracks, and more than one surprise got the audience to freak. Right after talking about The Remix Project, in which she participated last October, Reyez brought out on stage King Louie with whom she collaborated on a track, “Living in the Sky” at that time. Reyez ran off stage giving the spotlight to King Louie for “Live & Die In Chicago.”

The next surprise on stage was Toronto’s own Allan Rayman, another up-and-coming musician who has been taking the city by storm. Rayman and Reyez have also collaborated on a track recently, “Repeat,” an equally bare, emotional track mostly performed by Allan Rayman. Once again Reyez left the stage leaving Rayman in the dim spotlight to be himself.

Opting in to do another cover Reyez begun singing Alessia Cara‘s “Here,” something tells us another expereince she can personally relate to, but let’s be real, we’ve all been to this party. A few lines in another voice joins in and no one other’s than Alessia Cara herself steps out on the stage to sing through the track with Reyez.

“I’ve been dreaming about being a singer since I was [a little girl], you being here, buying my shit makes me so happy!” Reyez wrapped up the show with “Figures” and a highly energetic encore with “Blue Ribbon.” After raiding the merch table the energized crowd flooded out on the street, each one was handed a red balloon.