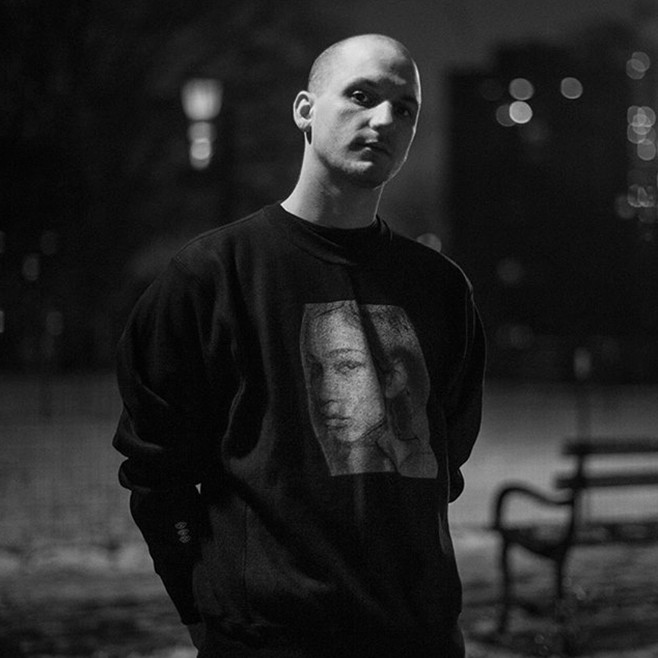 Redbull Music Academy has found its home in Montreal over the last month throwing impressive shows with widely recognized musicians and artists alongside some fresh blood. Noteworthy, RBMA has been choosing less-frequented and alternative venues to host these shows. This past Saturday, Jacques Greene’s live A/V set at Bain Mathieu was no exception. Located on the east side of town, the former bathhouse was built in the 1930’s then abandoned in 1990’s, and in its current incarnation it’s being used for cultural events and parties. Rightfully so, the space is polished and pristine, almost too clean for the subterranean vibe that should have been the focus, but was near to absent.

The weather outside was wet, well suited for the setting. Washed in deep blue light, the porcelain floors of the pool held part of the crowd while the rest watched from the surrounding mezzanine. What would have normally been the bathrooms became a second space, and having two rooms broke up the sound-stream nicely, so one could choose music based on their mood.

Hailing from Montreal but currently holding it up in Toronto, the evening’s headline Greene hasn’t released a record since 2014. His new album has been long awaited, and the live A/V set was promoting its arrival. As a result, this show was anticipated on the home-front. Although he played just a week prior at the one-time revival of his crew’s Turbo Crunk party, the Bain Mathieu showcase brought a totally different crowd. Clad in black, the majority of those in attendance stood stoically, casually sipped their beers, and waited for Greene to take the decks. Running slightly behind schedule, he seemed stressed. A thick pane of glass hung over the booth, with his recent single title “You Can’t Deny” cascading softly over it.

The set itself felt slightly flat with Greene gently bouncing to his repertoire of well known tunes and mixing in new track previews. The visuals were underwhelming, though streamlined and clean following his usual aesthetic. A large group gathered below the booth to dance hard, looking up in awe as if he were some sort of club-God – and there is no doubt, Jacques Greene has clout. Although his sound has yet to dip away from its recognizable samples & synth lines, there is something special about the way he structures his music. Greene understands a certain brand that isn’t necessarily in fashion at the moment, though he knows how to package it.

His sound has always been next level ethereal, led by rounded-out signature melodies, oscillating between dance-floor ready electronica and lush ambient house, with hints of R&B chilling in the background. He creates full-fledged soundscapes: tracks that grow, swell, and flow, tracks that have a serious crescendo. Towards the end of the set Greene apologized to the crowd a few times for his lateness, showing a typically Canadian side. As a longstanding fan, the show didn’t make a huge impression. Maybe it wasn’t the right space, or set up, or crowd, or vibe, or maybe it just wasn’t his night.