Chicago’s newest alternative radio station Q87.7 hosted their inaugural Christmas bash in the mammoth Uptown venue the Aragon Ballroom this past weekend (you might remember the venue as the site of President Obama’s much publicized 50th birthday party).  The Jamo-sponsored party’s theme, “The Night We Stole Christmas,” echoed across banners and signs throughout the venue’s three floors, being additionally mobilized by a generously proportioned harem of “Qties,” whose scantily constructed elf garb, while saving fabric and materials, cast a more salacious light on Santa’s workshop, and its after-hours goings on. It certainly explains the red suit and all the fur.

For their first holiday event, the station hosted a talented line-up of indy-rock/alternative acts, including headliners AWOLNATION and up-and-comers Youngblood Hawke. The venue’s cave-like interior and impeccable sound quality translated into a barreling and atmospheric party. With no re-entry at the front door, the restrooms were clogged with smokers jockeying for stalls in which to sneak in a few drags, between sets. Changeover was quick, with a tolerable quantity of hammy Christmas jokes and audience-appeasing self-promotion from the radio station’s representatives, accompanied, naturally, by a garrulous brood of bawdy lady-elves.

As the event let out, the nearby Riviera theater’s show was also ending, simultaneously choking the streets with partially Santa-fied hipsters and holiday revelers, all of which felt somewhat off kilter, maybe due to the unseasonably warm temperatures; 60 degrees just doesn’t scream December, nor Christmas. So while Q87.7 made a valiant and memorable effort this year, the only Grinch to be successful in its Xmas-thievery this month seems to have been the weather. Not that anyone’s complaining about shorts in December. 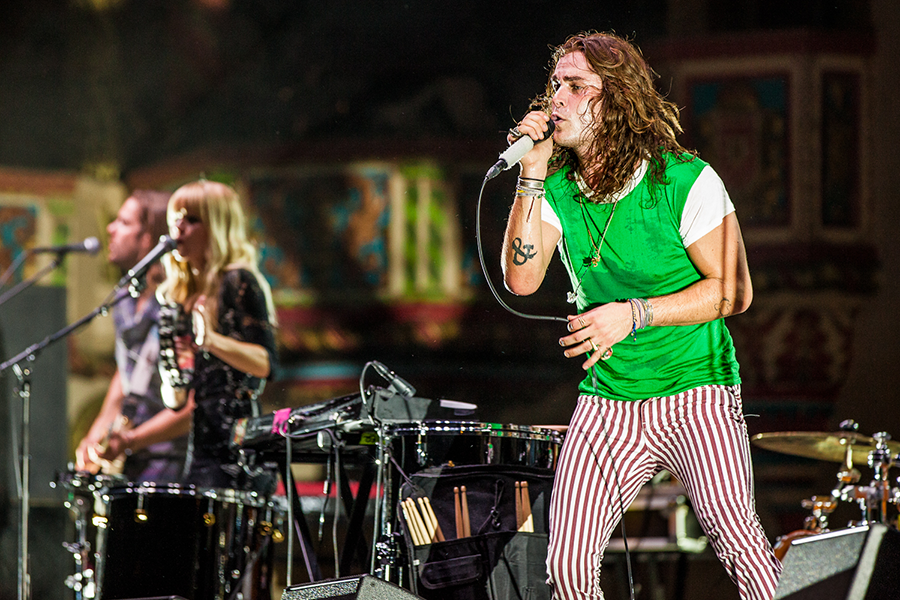