They came, they filled Toronto’s bars, rooftops, island, and backyards, and they delivered an absurd selection of live music. SXSW, be afraid.

From Broadview to Dufferin, the Island to Bloor West, bands were taking over the city full force. As NXNE continues to expand and gain momentum, it still feels wonderfully accessible and continues on being the city’s laid-back festival everyone looks forward to.

Hopping on a streetcar (or MiO’s Squirtcar if you were at the right place in the right time), stopping for some BBQ at 159 Manning or sitting on the grass in front of a random gazebo are just some of the activities built into festival’s fabric and schedule. Pass-holders could easily leave one venue and stumble upon fresh talent  next door or down the street; the spirit of choose-your-own-adventure was alive and well at NXNE.

Wednesday night kicked off with The Luke Austin Band at Dakota Tavern. Although these Toronto based folk-rockers have been only jamming together for a year, they’re already showing a ton of promise. Headed by raspy-voiced front man Luke Austin, the group brought an energy that was both inclusive and sincere. Despite having yet to release their debut EP, the band played a selection of catchy songs that kept the crowd moving. 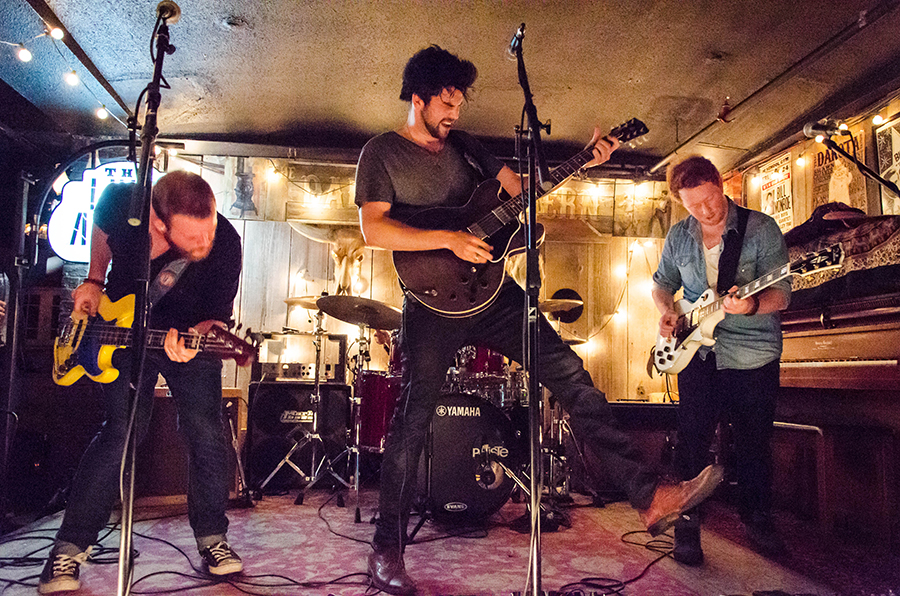 From one tavern to another half of the Quip crew headed over to the Horseshoe to check out Mutual Benefit. Eventually transient and melodic sounds of Mutual Benefit swept through the venue after a lengthy setup but the show was worth the wait. Musical creations of Jordan Lee, accompanied onstage by an ensemble of musicians who (according to his website) are of no consistent line-up, Mutual Benefit was soft, rhythmic and enchanting. With critical acclaim for their 2013 LP Love’s Crushing Diamond, this band is well on course for future success.

Meanwhile at the MOD Club technicolor Parallels brought out their pop tunes to the nearly empty room. Something about those early shows at the MOD Club always makes us feel bad for the band. Dance tracks or not no one will be dancing – no matter what people say 15 bodies are not a party when there is a field of square footage around them. Despite the calm atmosphere, Parallels plaid a solid, retro inspired set filled with early Madonna undertones. Just as Parallels finished their last song an army of NXNE staff crowded the stage, tore it up to peaces and put it back together for the next band.

Foxtrott, a Montreal-based producer, accompanied by a French Horn player as cute as a button with her side ponytail, went straight into their set as soon as the NXNE t-shirts left the stage. The sad small crowd moved forward and for a moment it even looked like a party. Foxtrott’s beats are sharp, often paired with various drums, balanced by her punchy voice the music is catchy and memorable. The said mini crowd seemed to enjoy the show as the moved from side to side tapping their feet and hands.

Later that evening a few blocks South all of the hard-core indie music fans gathered at Tattoo for Red Bull Sound Select’s Young Magic set. This Brooklyn duo, Melati Malay and Isaac Emmanuel, knows how to bring moody, spiritual tracks to life with some looping electronic beats. They were also a couple of interesting people to chat with, stay tuned for that interview. 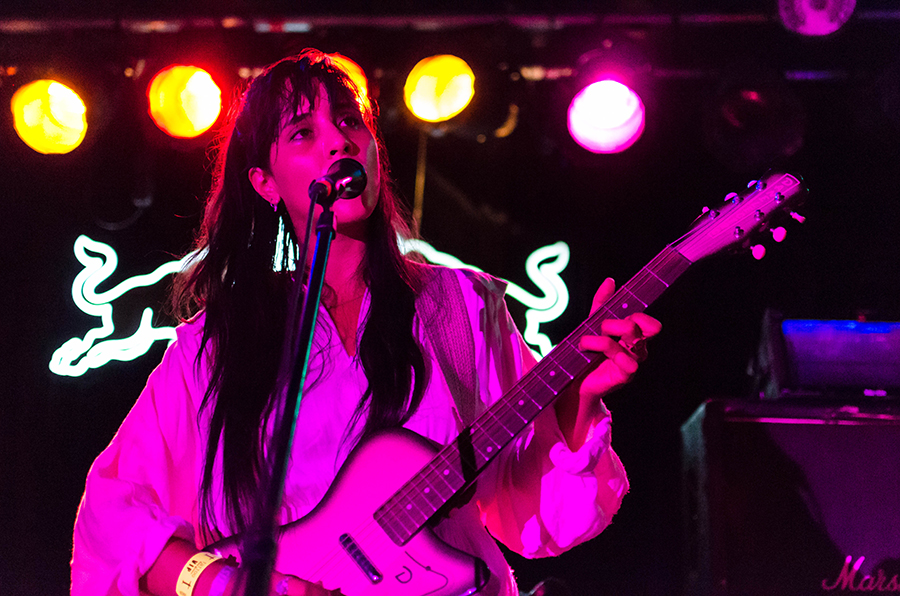