After four years of hiatus, Santigold, also known as Santi White, returned to the music world with a bang. And when we say bang we are not exaggerating. The long awaited new album, Master of My Make-Believe, has been a hot topic on every music blog since the first track made noise at a small Brooklyn party a few months ago.

This past Tuesday, Santigold performed in Toronto at the Kool House with NYC’s new hottest music project, Theophilus London, as the opening act.

After an hour of jumping, singing along and making lousy attempts at carrying London through the room, the crowd was barely keeping it together when Santigold finally appeared on stage.

With Santigold it is never just a concert. It’s a show. Lights, multiple costume changes, wigs, fringed capes, umbrellas and even horses. Ok, one horse.

White’s two-person entourage is more than anyone could’ve asked for – the impeccable composure with tightly synchronized dance moves and theatrical undertones was well worth a dancing solo.

The new songs were just as well received as the old, and White’s charming chatter with the crowd definitely added a little somethin’-somethin’ to the show.

Admittedly, I haven’t seen this many props on stage since Goldfrapp’s last tour so it was quite refreshing to feel surprised. Not surprising, however, was the crowd’s love of Santigold and the spectacular show. 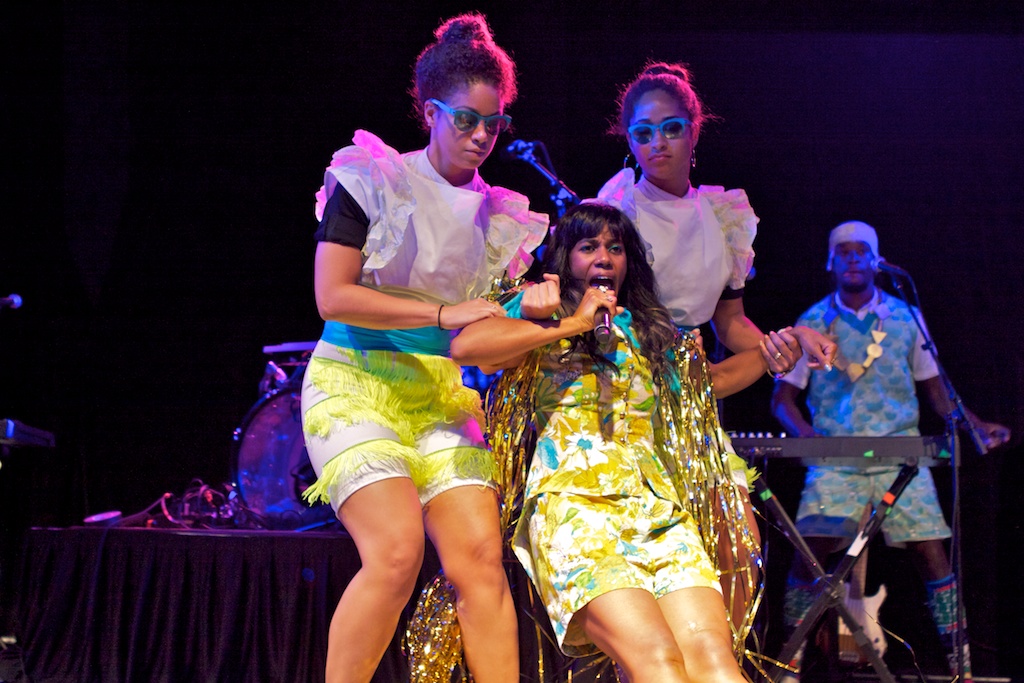 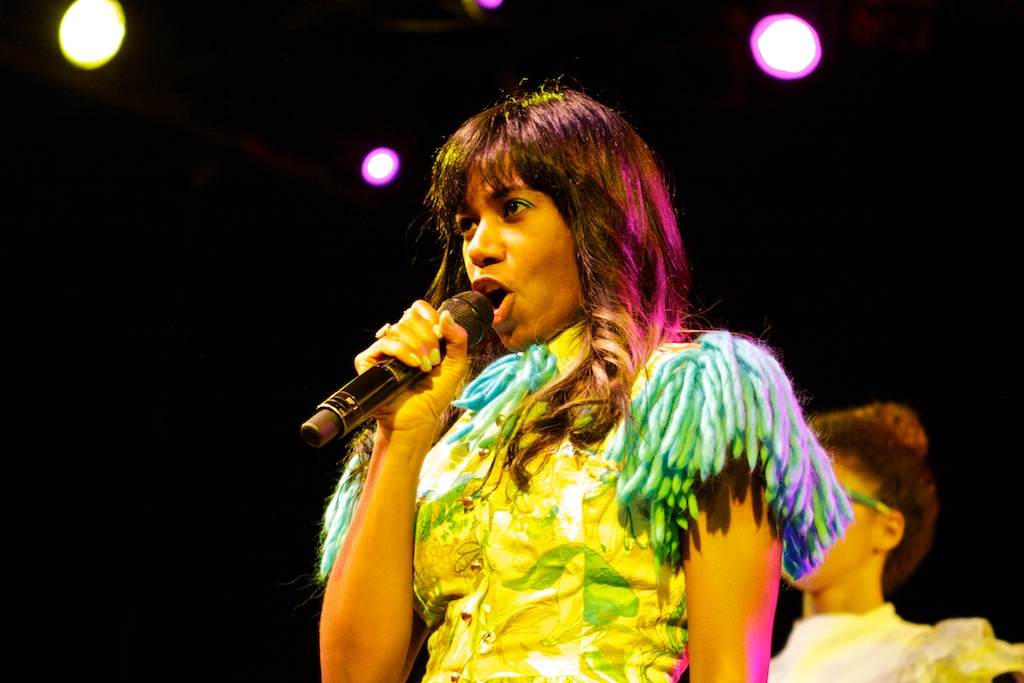