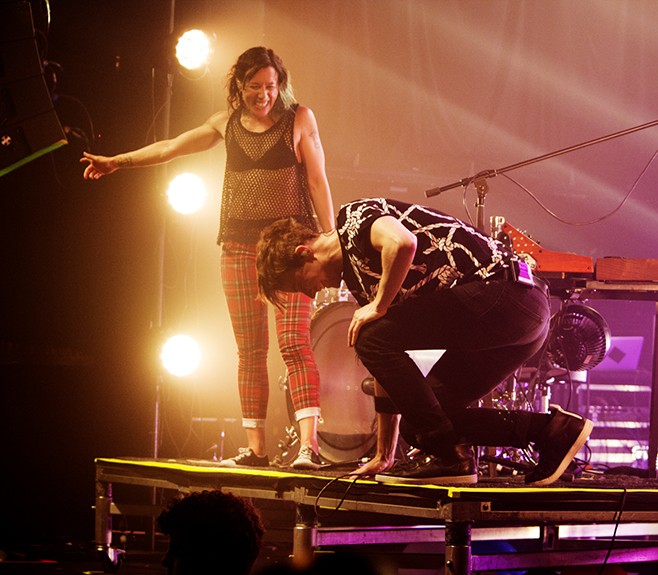 Canadian Music Week 2018 kicked off on a strong note this past Monday: Matt & Kim at the Phoenix Concert Theatre. If you had high expectations for this show, they were more than likely met and acceded because Matt & Kim brought more to this show than any other Monday could even try to imagine.

The shared energy between the pair is enough to energize a football stadium let a lone the small room at the Phoenix Concert Theatre. For over an hour the duo went through their favourite originals including “It’s Alright,“ “Forever,” and even “Yea Yeah,“ a handful of samples and remixes and even a “Happy Birthday” (all free 10 seconds of it).

“Get your asses up front so we can start this motherfucking party” yelled out Kim, urging everyone to get closer to the front and shortly after to split into two sides of the room, “this is known as the walls of Kim’s vagina” and now when you hear: “surprise motherfucker you need to charge into each other” – and charge people did! 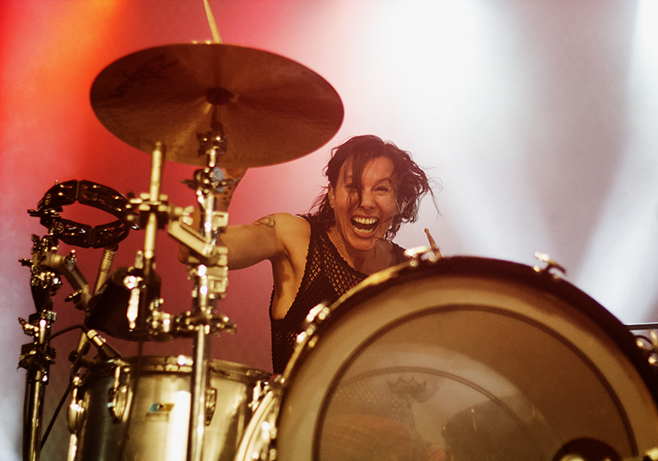 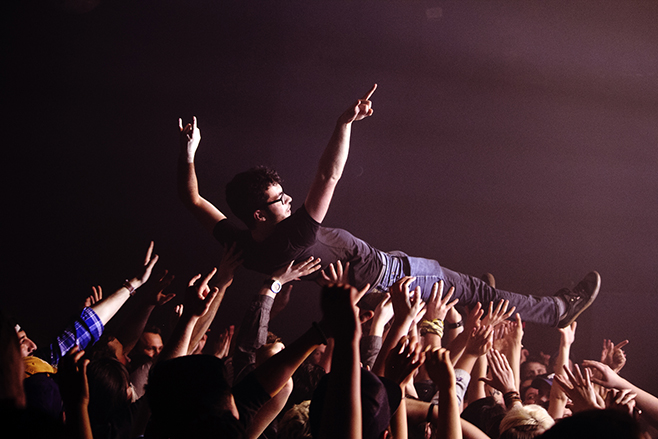 As people took turns surfing way to the stage Matt and Kim took turns dancing on the drum kit, which notably, looks like it’s made from solid steel. I would have liked to be there when it was purchased: “Get up on it Kim, if it can hold you do jumping jacks we’re buying it!” But I digress.

The duo had high expectations for this show, it being their last show of the tour and all, but just as one would expect the crowd did not disappoint, “Best fucking show on tour” Kim pointed out. Every time Matt or Kim spoke half of the room broke into a cheerful storm, raising their arms in the air to snag a t-shirt, throw a balloon, grab a handful of confetti, or hold someone up on their way to the stage. There was also that girl who flashes us all a few times: “…and this nice lady just flashed her gorgeous ass titties” noted Kim,  “But it really doesn’t matter what size your titties are, they’re gorgeous all around!”

And now some parting advice from Matt & Kim: use a condom, “safe sex everyone ‘cause you know, no unwanted pregnancies” – enjoy CMW, friends and make sure to listen to Almost Everyday, it just might be your summer anthem. 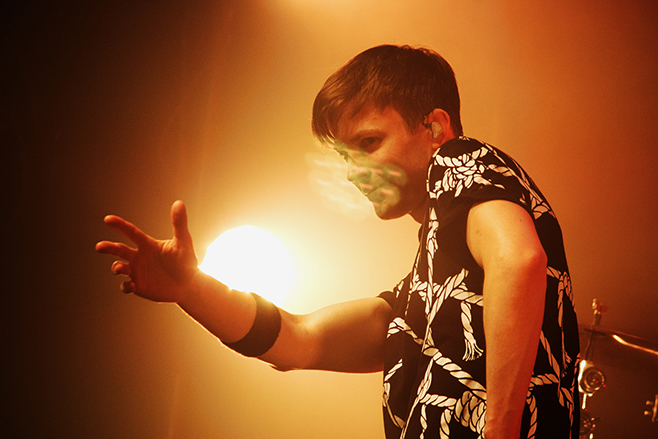