Though he bears the Marley surname and has been heavily influenced by his father, Jo Mersa does not walk in the shadows of his musical lineage – he walks beside it, guided by it – as he molds his own path in the music industry.

“I follow the same path that was set for me, but at the same time, I am setting my own path beside [my family],” Mersa says pensively. “So instead of trying to fill shoes, I am putting my footprint and making sure it sticks and making sure it’s still along that path.”

Two hours before he was set to take the stage at Chicago’s Bottom Lounge, I sat face-to-face with Jo Mersa Marley. For nearly an hour we spoke candidly, not just about his childhood, family, and career, but mine as well; the young Marley interviewed me just as much as I interviewed him, always looking at me eye-to-eye. And at only 25 years old, he is wise beyond his years – something he has inherited from his father, who inherited it from his parents.

Marley is currently on tour with Jemere Morgan and J Boog, and preparing to release his debut LP, Guess Who’s Coming Home – the follow-up to his 2014 EP Comfortable – later this year. For Marley, the album’s title is more than just the title track.

“Some of the songs on the album talks of me coming home…being a new father and just dealing with family, and hearing the family at home ask when am I coming home.”

He also attributes the name of his album to a displaying of his roots, musically and personally. 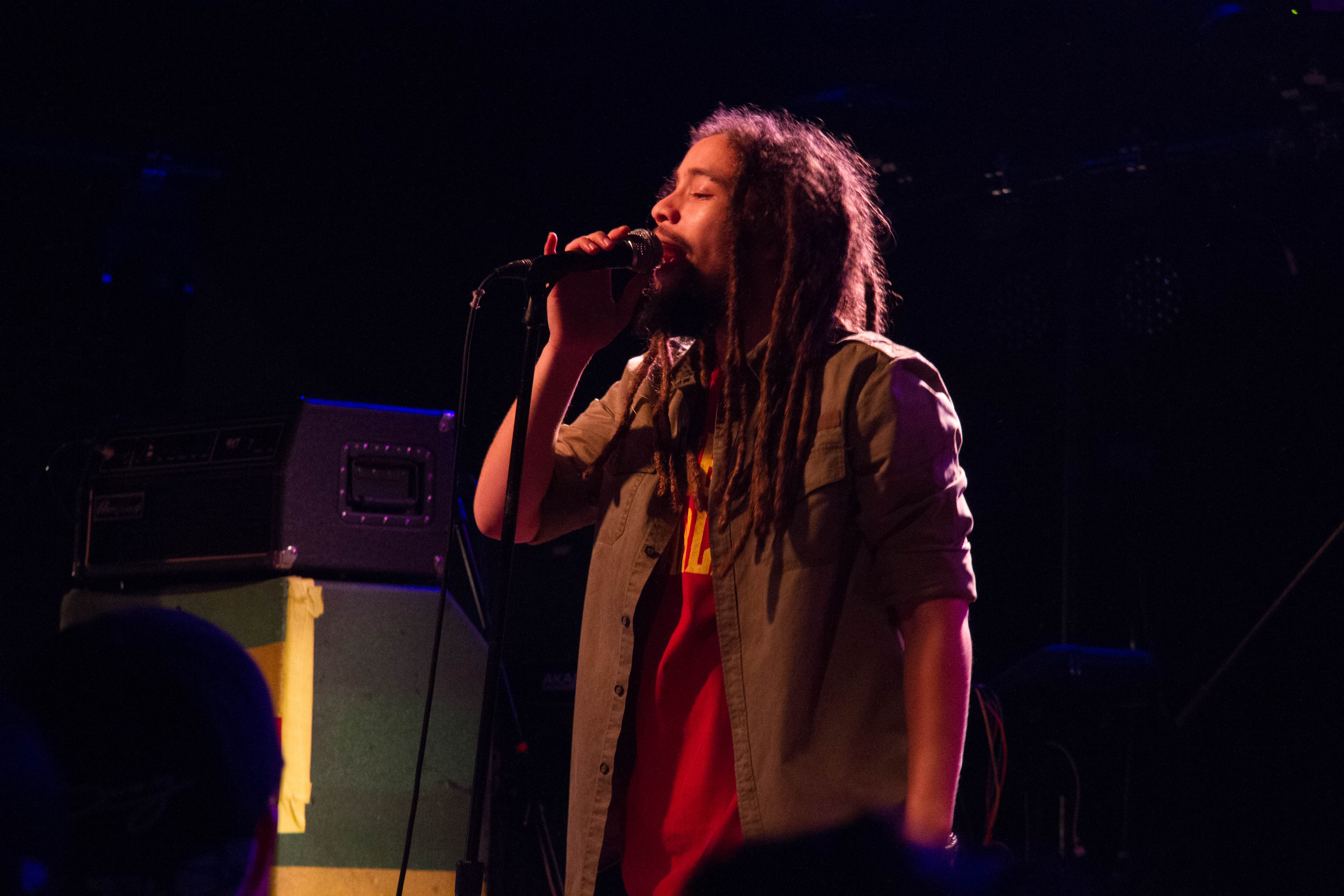 Growing up in a musical family, Marley has always had an appreciation for all genres of music and states that he has been inspired by the legends – the likes of Stevie Wonder, Shabba Ranks, Peter Tosh, Aretha Franklin, Michael Jackson – the list is endless. Jo Mersa notes that the Marley family is one of musical historians, and because of this, he has a love for all music – including country.

“Country music writers are some of the best writers,” he says as we discuss the inspiration and interpretation of lyrics in general. Marley began writing music at a young age, and while he doesn’t remember all of his early songs, he remembers what he was experiencing at the time, as those experiences became the inspiration behind his music.

“I’ve watched, absorbed, and learned things and have made my lyrics my own; I have an appreciation for melodies and I’ve grown. My thoughts and feelings connect with the lyrics, if I listen to a sad song, I connect my sad thoughts to the song. The song “No Woman No Cry”, when my father would sing it, it would make my mother dem cry and my grandmother dem cry and now I cry because I have an overstanding of the song…it’s talking about the strength of a woman. In Jamaica, we don’t understand, we overstand [laughs].”

During our conversation, Marley reminisced on his childhood, growing up in both Florida and Jamaica, traveling with The Melody Makers as a young child, and even educating his peers on the legends of music. Because so many artists and genres have influenced him, Marley is firm on acknowledging and paying homage to those that came before him – so much so that he is selective about who he walks into the Lion’s Den with.

He told me a story of how, as a teenager, his classmates would want to make music with him, yet they were wilfully ignorant of their musical roots.

“I would tell them, ‘Boy, if you don’t know your past, how are you gonna know your future?’ You have to have some idea of where you’re coming from to know where you’re going.”

Watching Jo Mersa onstage, he undoubtedly brings the Marley energy and good vibes – like his grandfather, father, and uncles. Backed by a live band, Jo Mersa paid homage to his grandfather, the late Bob Marley, with “Three Little Birds”, “Could You Be Loved”, and “One Love”. He also performed several originals, including “Sunshine” (an ode to his one-year-old daughter) and “Private Beach Party”.

Some of his favorite moments on the stage have come alongside his father and his uncles.

“Being on the stage alone, there is an adrenaline rush; but when I am on the stage with them, it’s like you gave me an extra shot of adrenaline. Sharing a stage with people that you look up to musically and that you are influenced by, it’s just more than saying I’m related to them…it’s like magic.”

Outside of his music, Jo Mersa Marley spends a lot of time working with Ghetto Youths International (GYI) – a record label and charitable organization established by his father and uncles. Its purpose is to assist and educate underprivileged and minority children and adolescents both in the U.S. and Jamaica. When asked about how GYI has influenced not only his music, but his life, he sits quietly for a few seconds before responding.

“The impact that it has on me is very moving and inspirational – words can’t best explain it. It is something to me, like you said, ‘it’s a legacy.’ From generation to generation, I think the name GYI speaks for itself.”

Marley went on to say that growing up, he always saw his family uplifting those around them, because they took their own struggles and turned them into something good. He says his father and grandmothers taught him to “help the weak if you are strong; if you are in a good position and you see your brother struggling, you remember, ‘yesterday, I was struggling too, I am going to help you so that you can have a better tomorrow.’”

Jo Mersa Marley is as insightful and wise as he is musically gifted, and seeing how his family has influenced and touched so many lives – not only through their music, but through their actions – is something he is proud of and intends to continue.

“Through the music, you lead people to the well, and teach them to drink. The path that my father is walking is part of the legacy that his father left behind. And my path is still following that same legacy, making my contribution on top of what my forefathers and grandmothers have laid out.”