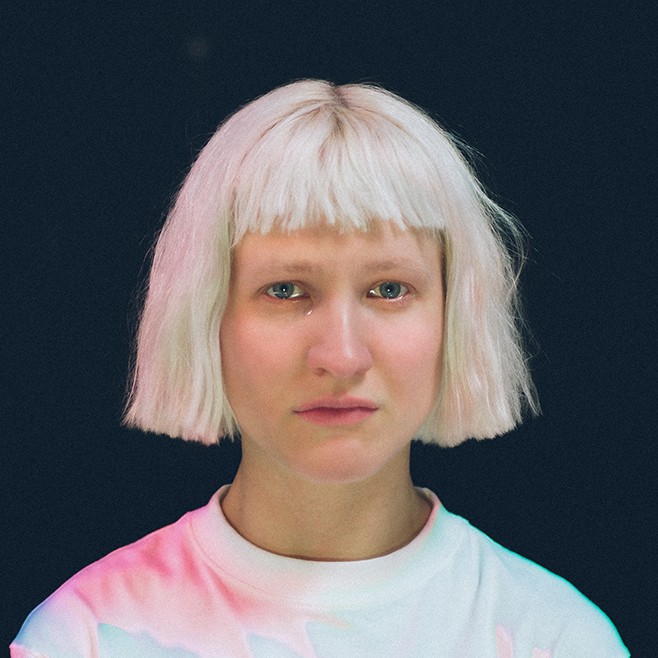 After putting out a string of well-received EP’s Magic Island recently released her first full-length album, Like Water on the Mansions & Millions label. According to Magic Island, Like Water represents her plan to “return to a sensitivity, a delicate state; to become soft again”

Her music is described as “lo-fi dream pop” but has sprinklings of R&B, new age, and electronic music. Island’s unique vocals and eccentric lyrics perfectly complement her synth-heavy sound. Magic Island will soon return to North America to perform her new album at SXSW.

SS: For those that don’t know, who is Magic Island?

MI: Magic Island is something sensitive and honest. The name came from an old traditional Berlin bar called ‘Zauberinsel’ which means Magic Island in English. This place was a big part of my life when I first moved to Berlin. It was owned by two wonderful, open-minded Berliners in their sixties. One day I noticed they had a full PA/sound system so we asked them if we could do concerts there. They were totally into the idea, so we started a show series. GENTS played there, Jaako Eino Kalevi, Promise Keeper, Chikiss, Better Person, a lot has happened at this spot, its very special to me.

SS: Why did you title the new album Like Water?

MI: Like Water was first just the name of one of the tracks. But then as I wrote new pieces I found they all had a similarity, like water. Several of the songs even have direct references to water. There are many different textures but when all the tracks came together as the album I found they still flowed in a way, a natural progression and decline. Like water ebbs and flows.

SS: What led to you making the move from Toronto to Berlin?

MI: I actually first moved from Canada back to Poland, to a city where my family was from. Stayed there about a year before Berlin. Poland is beautiful but still quite repressed in its social structure and mentality. It’s still a country very controlled by the conservative, Catholic system. So naturally, when I visited Berlin for a weekend I was shocked and obsessed and never went back to Poland, well, eventually a few months later.

SS: What do you have in-store for fans at SXSW this year?

MI: Well, I’ll be performing the new album. I performed the release show with a choir of backing vocalists, would love to bring this tour to the U.S. but no chance at the moment. Maybe next year with a headlining tour!

SS: What do you hope to achieve with Like Water?

MI: I’m not trying to change the world, I’ve given up on that. But my music is therapeutic to me. It helps me to deal with anxieties, accept myself, and heal a broken heart. If anyone else feels the same therapy from experiencing my music, then that’s enough.