Expect an arena-worthy light show and a solid live performance from ASTR, the newly formed pop-electric (and kind of hip-hop) duo that released their EP Varsity in January of this year.

ASTR (dropping the “O” of that famous family, Astor) kicked off their tour with The Knocks at the Bowery Ballroom on June 11. It was a great start for a very new band, but there are still areas for improvement as they embark on the 14 show Crystal Arcade Tour.

The duo is comprised of vocalist Zoe Silverman and multi-instrumentalist Adam Pallin. The self-described “picky band” showed their fastidious nature most prominently through their light design. The entire stage was washed in a wide range of images. Scenes were too temporary and effervescent, but they seemed to be nuggets of stories—of operations, of New York, of a girl running away on the beach. The footage is as random (“extensive,” if you’re feeling generous) as the scenes from their first music video, “Operate.”

ASTR is a sort of hip-hop electronic indie pop band; what genre they fall into seems to be a matter of what they’re playing at the moment. From an electronic perspective, they’re rather unique in that they don’t bring an outside vocalist to boost their tracks. They’re plenty moody and introspective to have strains of indie in their blood, and they clearly have a respect for, if not command of, hip-hop. 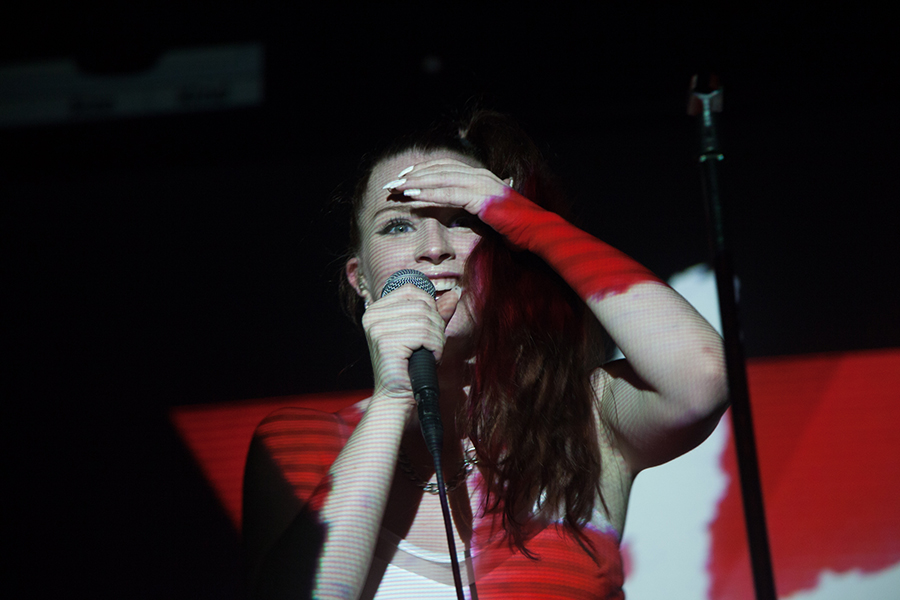 Silverman’s voice remained powerful and distinct within the set. She had some questionable dance move, questionable mainly because there was no plan as to what she would do on stage. ASTR was so good with light and sound, it seems like Silverman would show more control over what she did on stage. Instead of flipping and flopping around, she could have had something more compelling planned. Like Aaliyah, she may benefit from more choreography. Speaking of the late princess of R&B pop, Silverman dressed in a white tank and white bell bottoms with midriff to spare. She looked great, but now she needs to dance great.

Pallin brought an impressive live performance. He was not just beating a drum set, but gauging electric instruments. Adam was like Andy Samberg’s endearingly awkward cousin. He enjoyed bouncing around and keeping in time with the music. It would have been nice to hear more from him.

Though ASTR gave a strong performance with minimal transitions, there weren’t enough climaxes to make the crowd quit the chit-chat except for “Razor Blade” and their popular remake of Drake’s “Hold On, We’re Going Home.”

It’s a bit amazing that they’re touring with only an EP out. And it’s a bit disappointing that their stage time lasted only 30 minutes.

ASTR closed out with their favorite song, “Blue Hawaii,” a beautiful song, here accompanied by a beautiful background.  The workweek didn’t stop Silverman from declaring to the crowd, “Have an amazing night! Get drunk—stay up!” 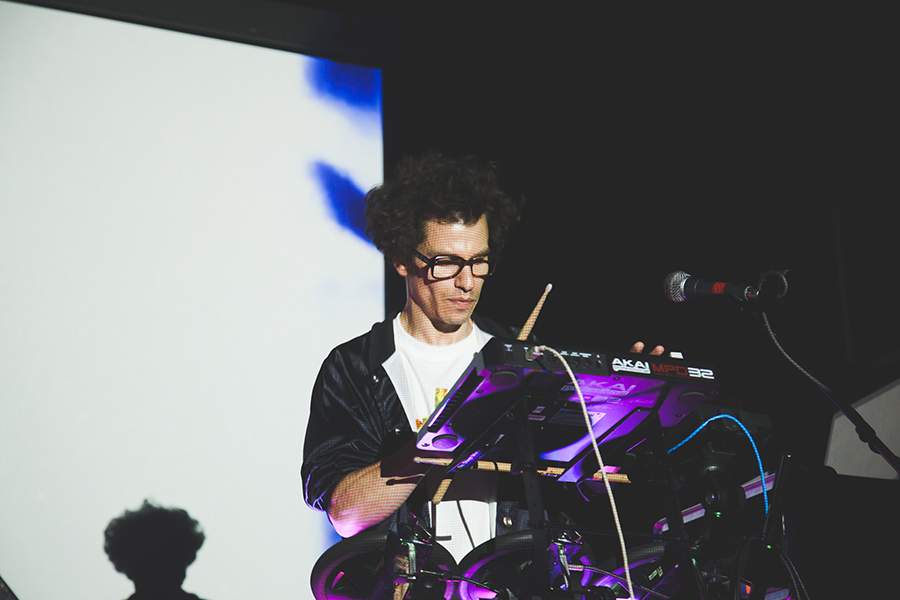 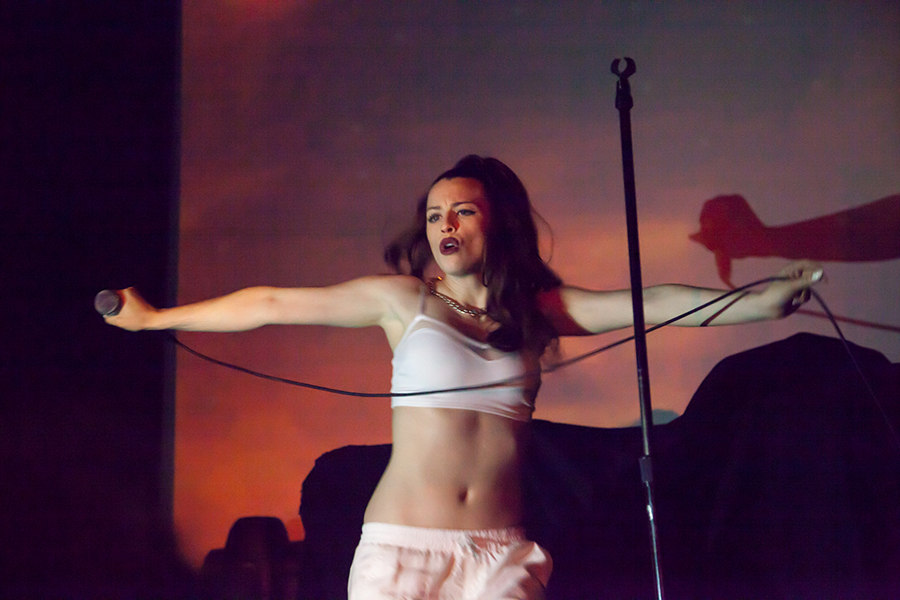