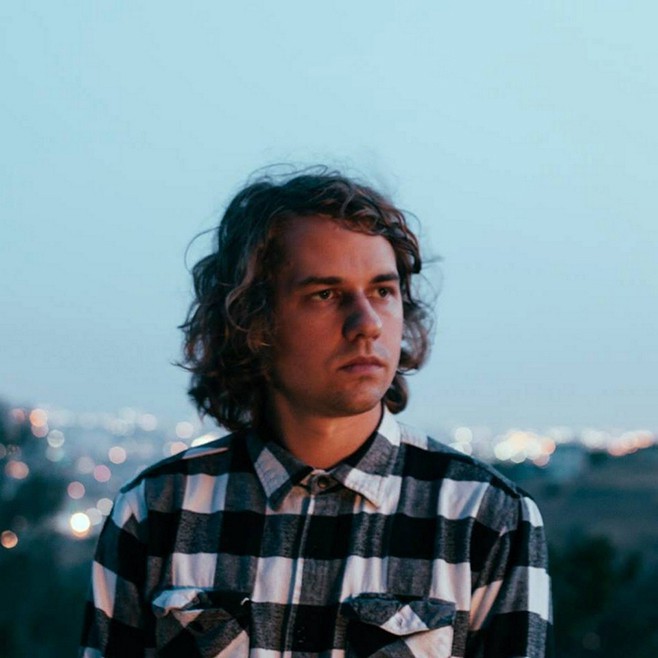 It was an oppressively hot evening in Chicago and I was glad to get off the saddle of my bike and into Schubas. The fans were twirling, the beer was flowing and my friends were already inside. I was standing in the former brewery and waiting for Kevin Morby and Company to take the stage when two guitars pass right in from of me. At first I was thrown and then I realized “its them!”

Once lit up on stage the entire band looks like a photo from 1960s Nashville, save for Duffy’s midriff. This is actually Morby’s third time playing Schubas, but for some reason this time feels different. His latest album Singing Saw is a masterpiece and is definitely Morby showcasing some serious skills and his own personal progression in lyrics. I’m a little disappointed he didn’t have the singing saw in tow but alas, into each life a little rain must fall. Let me digress for a moment though to express the sheer joy and genius that Kevin Morby’s second solo album is. The warbling opening to “Cut Me Down” sets you up for a creative folk journey. From there Morby transports us with his Dylan-esque voice through jangling jams like “Dorothy” to rythmic heartbreaks like Destroyer. I know nothing of the neighborhood Mount Washington in LA, but is did something for Kevin Morby. And let me add, it’s even better live, even without the saw.

The show itself was a delight. He debuted a new song called Tiny Fires and even graced us with a very good Ira Glass impression. Megan Duffy, who wasn’t present on the album, is honestly mind blowing. She smoothly and humbly moves from lead slide guitar to rhythm without missing a beat. I MUST here more from this woman! Sam Cohen is another force in Morby’s band in the form of percussion. His drums are powerful and vibrate off of your bones and into your neurons. The entire show was filled with hoots and hollers from the crowds and plenty of explosive side jams were had on stage. Morby ended the set with a cover of Townes Van Zandt’s “Where I fall”.

I cannot reiterate the genius, power, and beauty of this album. In the words of Shuga Records, I highly recommend this album. If you are lucky enough to make it to Pitchfork Music Festival, his set is on Saturday and is worth making it in early!