What had originally started as a heavy rock and metal festival has become more open to other genres. With 4 stages across the Downsview Park grounds, depending on your musical preferences, your Riot Fest could have been a completely different Riot Fest from what the people you ran into in the beer line was.

Our musical interests kept us clear from the main stages, mainly wandering between the two alternative stages at the back of the park to watch the more up-and-coming artists do their thing in front of a more intimate crowd. 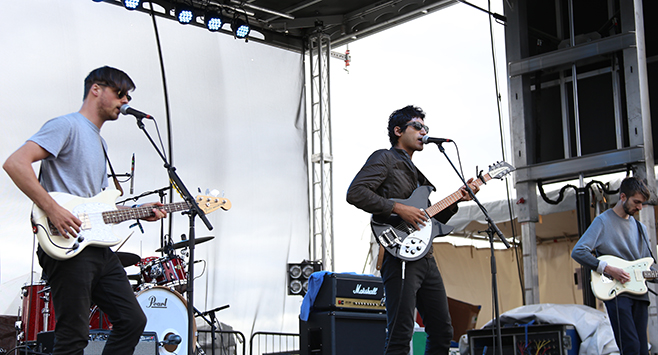 The Radicals Stage, backlist by the setting sun, proved to be a comfort zone for many of those bands, starting with Montreal’s Heat. Infused by 70s proto-punk and 90s UK shoegaze, the Heat come together into a sort of a surf-rock band producing catchy garage tracks that take you back to more simple times. While the reputation of this trending genre blend might put you off listening to it, the Heat will do just the opposite – their relaxed passion for the music they make draws the audience into the similarly relaxed fan club. 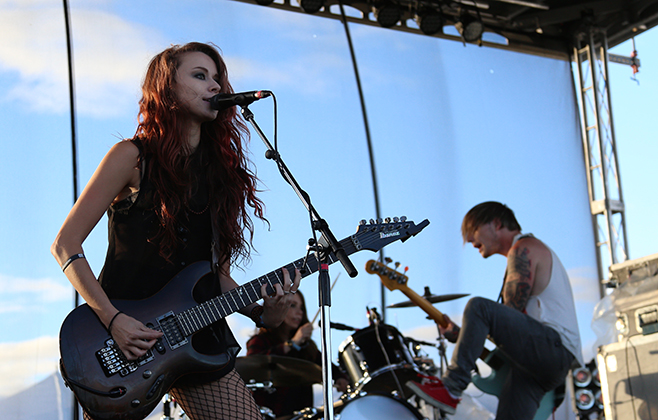 Courage My Love, on the other hand, are a lot more involved and well, louder. This Kitchener based band comes with a typical small band story – classically trained siblings rebelled into garage rock music, discovered playing a small town show and signed by Warner Music fairly shortly after that. In retrospect, it seems like a plot to teen music movie, which is the kind of music Mercedes and Phoenix Arn-Horn produce. Mercedes, joined on the foreground by bassist Brandon Lockwood, is a textbook rocker which is exactly what the Riot Fest audience needed. 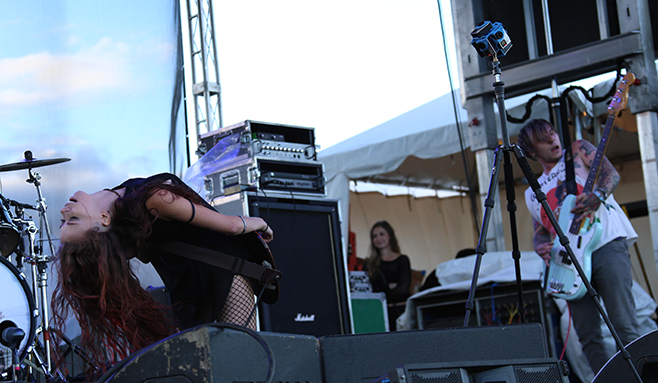 Upping the rock game, The Dirty Nil took the stage next. Known for playing dirty, noisy, and loud rock’n’roll, TDN are the kind of band you wish you could see at the CBGB. This is the kind of show that might inspire you to dig through some vinyl crates in search of that dusty Bad Brains record to take the flashback even further. 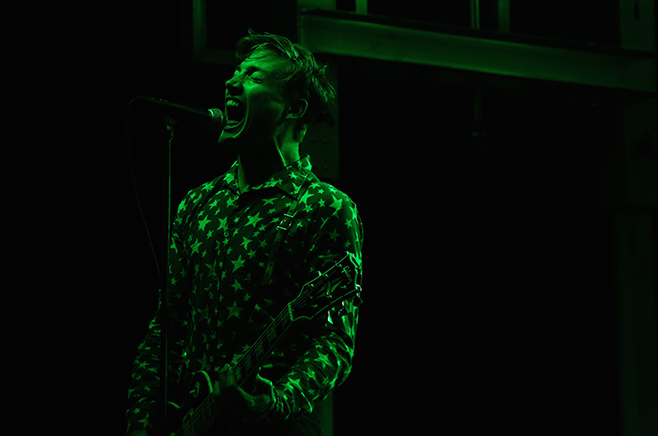