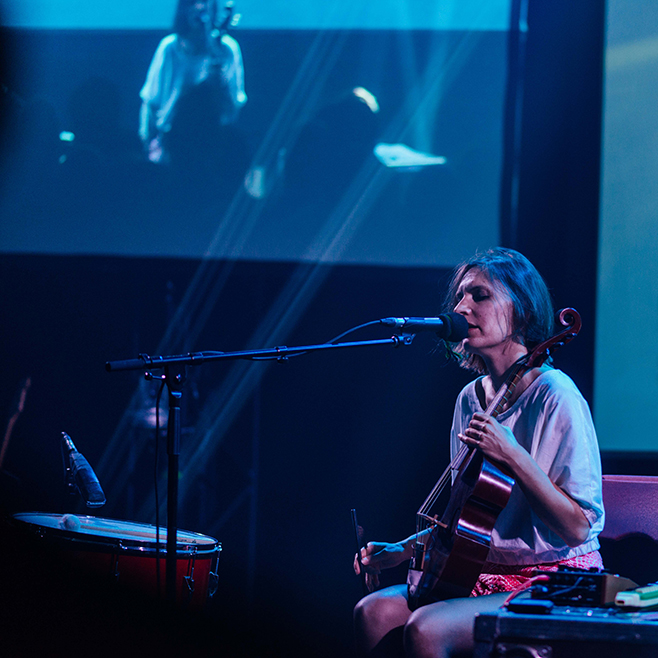 The humidity rolled into the city last weekend, as Montreal’s population grew with an influx of tech-heads and electronic music enthusiasts visiting for this year’s Mutek. The festival boasted a stacked lineup, with some of the world’s electro pioneers showing face alongside smooth newcomers. There was a palpable energy: enthusiasm saturated the streets.

Each evening found various venues packed to the brim until early AM. Two main venues hosted this year’s festival: Montreal’s Museum of Contemporary Art (the MAC) and centrally located, swanky mega theatre Metropolis. At the MAC, where mixed-media installations reigned, most spectators stood still with mouths gaping and eyes wide, the odd word uttered to express contentment. At Metropolis, where the vibe was heavily focused on the atmosphere, the party, people moved rather than spoke. Though, few sat solo in the bleachers watching the sea of bodies just below, ebbing and flowing to the techno, the deep house, the minimal. Even the daytime events attracted a wide range of fans: from families to curious teens and tourists who were just checking out the bass booming from behind Place des Arts. 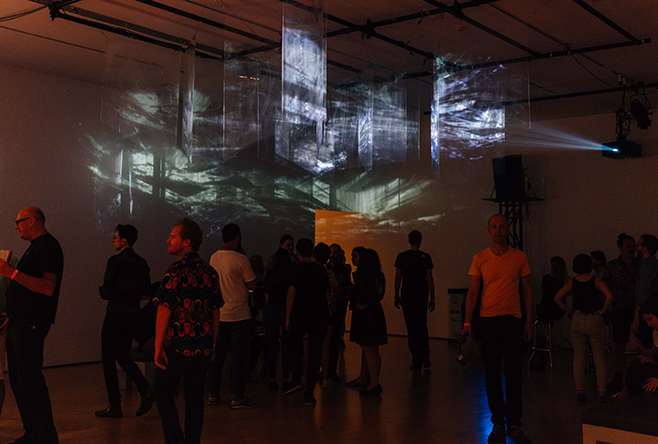 Here are some particularly hot highlights from the 5 days of lush tunes and warm bodies in close proximity:

Aisha Devi played the MAC on opening night. The crowd was sparse but her performance definitely made up for it, filling the space with a wall of layer vocals. Her visuals evoked a vapour wave, mall soft vibe: geometric shapes, half naked bodies, bright colours, images of the sea. Her voice delicately swam and took center stage as she sang to her ancestors, her music heavily influenced by familial relations and places she’s lived. The stage was later cleared for Moritz Von Oswald, who sat unaccompanied in front of a laptop on a leather office chair: no frills. Frankly, he looked animatronic, bored almost. His lack of expression and lassiez-faire movements seemed to intrigue the crowd: the spectator/audience relationship was broken momentarily as people curiously snuck up to the side of the stage. “Who is this guy?” was uttered several times, and the people who knew ignored the question and continued dancing along to his dark dub.

Canada’s own Tim Hecker ‘s intricate light installation expanded the minds of Thursday’s crowd. Cascading glass beams of colour hung at the front of the room, shifting shades to accompany his minimal, ambient set. A heavy layer of smoke hung over the crowded room. Hecker’s soft sounds mimicked field recordings, with hushed tones and sharp pulses that elicited an imagined soundscape from a Sci-Fi rainforest. Swedish born Peder Mannerfelt’s set was a trip, taking over the basement of the MAC. A long blonde wig covered his face like a mask, adding to an already eerie vibe that his goth electro evokes. Behind him, a giant screen projected his image on repeat, bright colours oscillated alongside his cosmic synth meltdowns and bass-heavy buffering. His performance left the crowd blurry eyed and dizzy, wandering into the night like zombies on the prowl for fresh meat.

Lakker’s Friday night set at Metropolis was astonishing, one of the best of the festival. The noise duo from Dublin owned the large space, sending the crowd into a giddy frenzy with good reason. Their techno harnesses an industrial, post-apocalyptic vibe, mixing in sensitive, pure points of vivid sounds. They don’t try to fit into any club-music category, creating a space in electronic production that is both dissonant and harmonious. Dasha Rush took a different approach, with a paired-down performance that was sophisticated and mellow. Rush is an extraordinary producer, and her live sets exceed her production. She knows how to harness the noiseless noises, the silences, the empty spaces that are crucial in techno music. Although Metropolis as a venue did no favours to her sound, she reined in the crowd with her purring, her drawling, her humming: and of course, the boom of the bass. 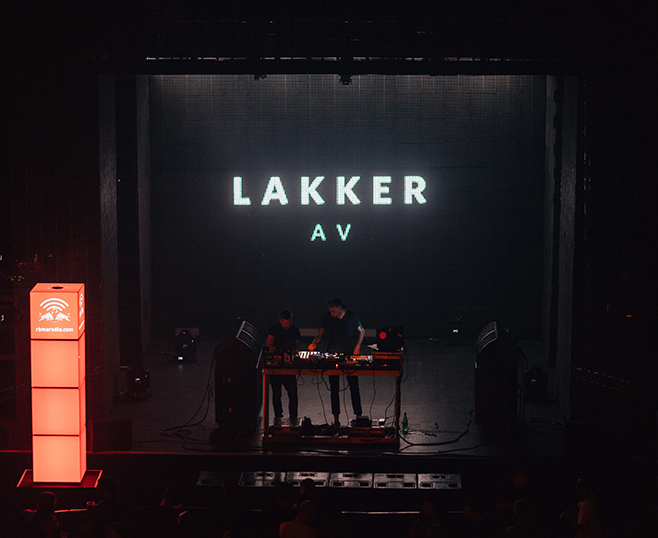 The Boiler Room event at the Satosphere on Sunday was the ultimate wind-down to five days of music. The space’s design is dream-like, with a screen that stretches as a dome over the dance floor. Sepalcure’s set focused heavily on melody and vocals, tying in some bouncy UK garage to keep the crowd bumping. Iron Galaxy played to his strengths: his performance was clean with indie-electro beats, harmonious house melodies and flawless mixing. Martyn started off slow, carefully building his soundscape to match the depth of the room. His synth twinkled as the crowd crooked their necks towards the ceiling to watch the work of the VJ. Casually, Martyn picked up momentum, and the focus quickly shifted from the screen to the floor. A mixture of bass heavy music with a touch of techno, his set was one of the most eclectic of the weekend.

Rounding of the party for one of the finest acts of Mutek, was local Project Pablo’s live set. It was, for lack of a better word, perfect. Swaying his head from side to side, clad in baseball cap, he sailed between his hardware and keyboard, twisting knobs that released chirpy, high pitched tones over shimmering refrains. Showcasing an incredibly intimate nu-disco performance, Project Pablo has a swanky style with just the right bit of edge. His sound is chilled out: down tempo that still makes you want to dance. His music is sexy without being salacious: it is well-crafted and well-informed in both production and performance. His tunes were the ultimate night-cap, sending tired spectators tenderly back out into the real world and leaving behind their dreams of Mutek.