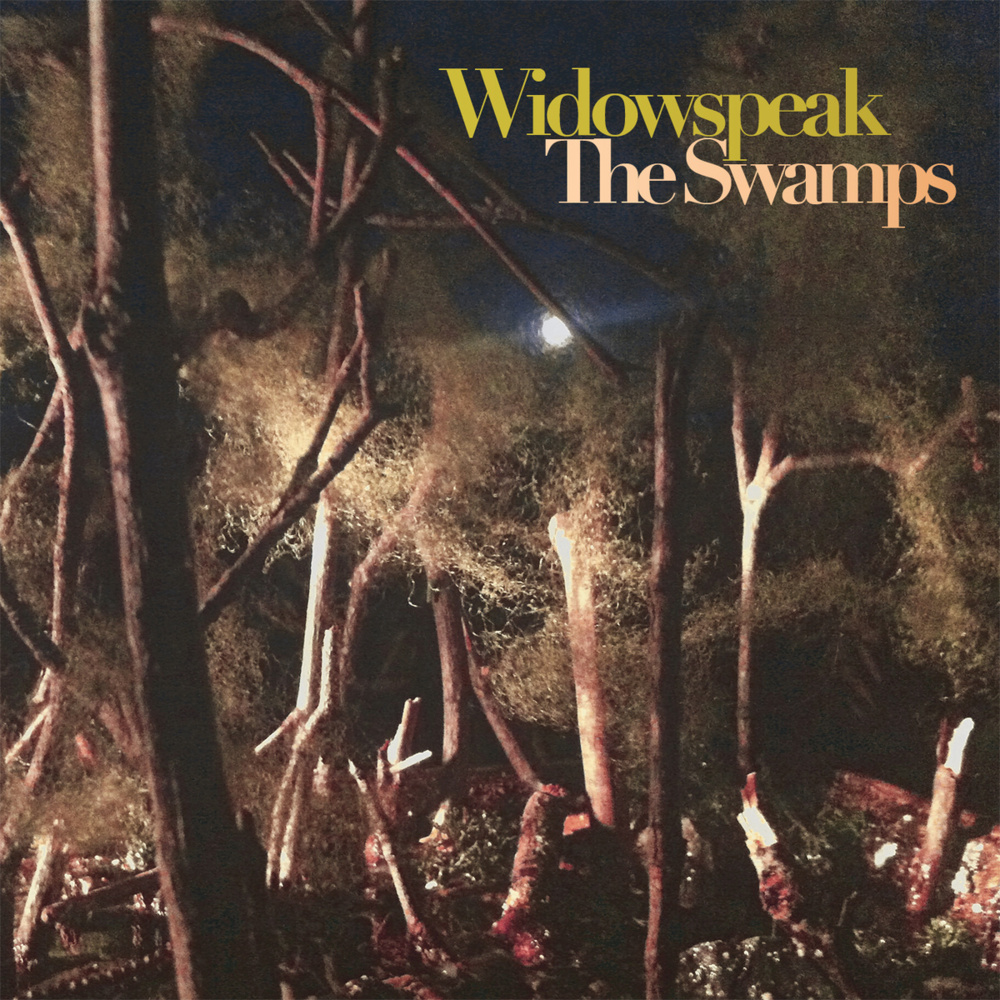 The two members of Widowspeak, Molly Hamilton and Robert Earl Thomas, take their listeners to the land of black magic on their latest EP, The Swamps. A precursor to a yet unnamed third studio album is set for release in the middle of Widowspeak’s North American tour, right around Halloween.

The release date is fitting, as there is a spooky quality to the six tracks, totalling about nineteen minutes of ghostly melancholia punctuated by quick-picking guitar rhythms and the snap of an old snare drum. Hamilton’s voice carries like a loud whisper, the kind that makes a person listen harder because they know something secret is being said.  The way her inflection curves up at the end of each stanza then trails off, gives the feeling of a person recalling a bittersweet memory, a major motif of the EP.

The height of sad nostalgia comes from the standout single “Calico”. Describing the erosion of a couple’s relationship and the home they’ve made, “Calico” is distinct in its swampiness –stuck, unmoving, decaying. This isn’t to say that The Swamps is a buzz-kill EP. The tone is one of rejoicing in the good times past while currently mired in depression -not unlike listening to somebody describing Silicon Valley in the nineties to somebody who graduated college in 2008.

Listened to as a single piece, The Swamps EP’s thematic arc falls while moving forward slowly into darkness. The first song, “Theme From The Swamps”, has no lyrics, but layers on instruments in a bobbing sort of way with a few “Ahhs” thrown in for mood. Next, “Smoke And Mirrors” begins rollicking, reminiscent of the theme from Friends, but darker. A few more lights go out for “Calico” and then “Brass Bed’s” hook, “Baby can we play dead”, trips even more circuits in the sinking bayou cabin, leaving just a candlelight for the droning “True Believer” track. The title song, “The Swamps”, swallows it all in the end, a natural conclusion from such a dreary climate.

Though not wildly different from Widowspeak’s previous albums, there is less folksiness and more contemplation in The Swamps. Good for listening to in the dark when you’re alone or in a new place –the conditions in which the EP was conceived while Widowspeak was on tour.

Available through the Captured Tracks label on their website next month.