As I strolled to the gates of Fort York for the Grove Music Festival last weekend, I decided that our generation dresses like I wish my mom didn’t when I was 12. Her cut-off denim shorts and crop tops used to make my hand reflexively slap my forehead while I shagged fly balls during baseball practice. Nineteen years down the road, the outfit doesn’t look so bad on people who are not my mother, but there’s no way my prepubescent self would’ve liked what has unfolded over the past decade – nor would he dig the influence my mom’s late ‘70s and early ‘80s sensibilities were about to stamp on the rest of this festival.

In an immediate break with the preceding paragraph, I’m going to compare the guitar sound on Wavves’ latest album Afraid of Heights to The Pixies and Nevermind. Whether Nathan Williams and his buds are toying around with early ‘90s vibes or fudging with distortion-heavy bedroom recordings, Wavves carve out a distinct album sound – one that proves difficult to recapture onstage. The damp fuzz that usually hangs over his albums evaporated in the afternoon sun, and the 20-foot stacks poured out track after track of nondescript guitar tone. 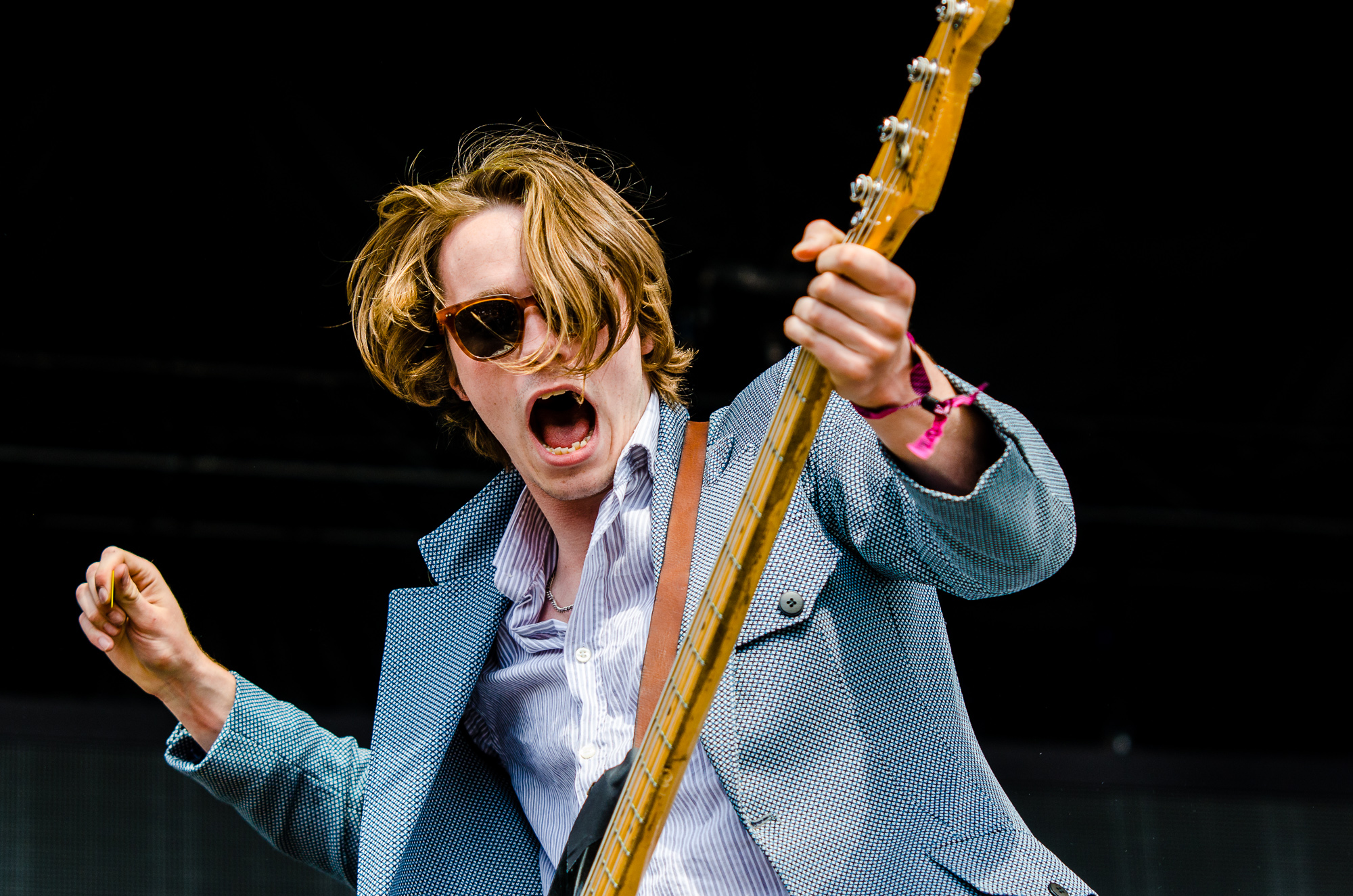 Listening to music is fun. However, the experience improves exponentially with each added serving of distilled alcohol. When a tall can of Bud – North America’s most ubiquitous beer – goes for $11, exponential growth tends to lag, and fun plateaus around “a pretty good time.” So when Earl Sweatshirt grumbled, “It’s okay to have fun guys,” two songs into his set, our answer was, “Thanks Fun Police, but my grandma only gave me a $50 bill in my birthday card this year, and I’m trying to stretch it all the way to 11pm. It’s 6:30 and I only have $18 left.

Beer gripes aside, Earl pounded out a minimal, grimy mix of RZA-inspired beats and Eminem-flavored darkness to an appropriately mellow audience. Playing between Palma Violets and The Gaslight Anthem wasn’t quite the right musical fit either. When his set was over, I thought to myself: “Earl needs a crew and a light show. A tiny little guy in a white t-shirt just yelled at 10,000 of us for 45 minutes on a sunny day.” Long story short, when it’s beautiful out, people have trouble listening to anything that isn’t “In The Summer Time,” so kudos to Earl for getting half of the crowd bobbing. The elements of summer were against him. 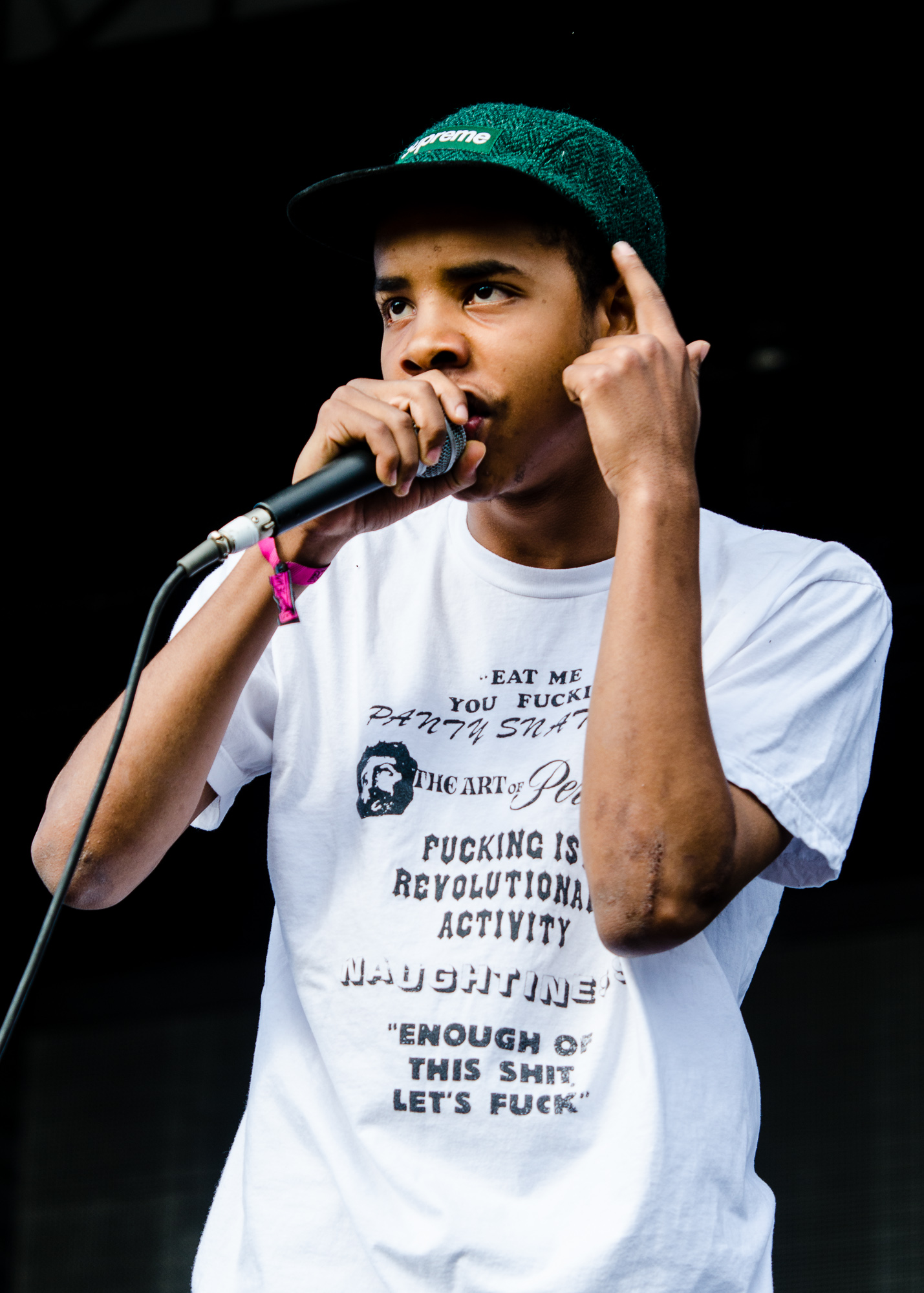 I mentioned the late ‘70s, early ‘80s puffing a cloud of smoke over the festival’s proceedings, and sartorial choices aside, the era hadn’t really made an impression until Girl Talk took the stage. The common gripe with Girl Talk is that “he’s just playing other people’s songs.” The trick to getting everyone to relax and enjoy 45 minutes of unbridled, idiotic fun is to warm them up with records like Paul’s Boutique and Odelay – reminders that we’ve been listening to collages of “other people’s songs” veiled as albums for almost 25 years. Personally, I find Girl Talk to be the opposite of Wavves: impossible to listen to on record, but unstoppable in a live setting. People generally want to hear the hits when they’re at a concert, and Girl Talk plays everyone’s hits. Channeling the spirit of my 53-year-old mother, his set began with AC/DC and was peppered with menopausal classics such as “Love Shack,” “Sweet Emotion,” and “Jessie’s Girl.” I’ll always vouch for his ability to evaporate music snobbery and force everyone to enjoy Alan Thicke’s son and The Breeders back-to-back. 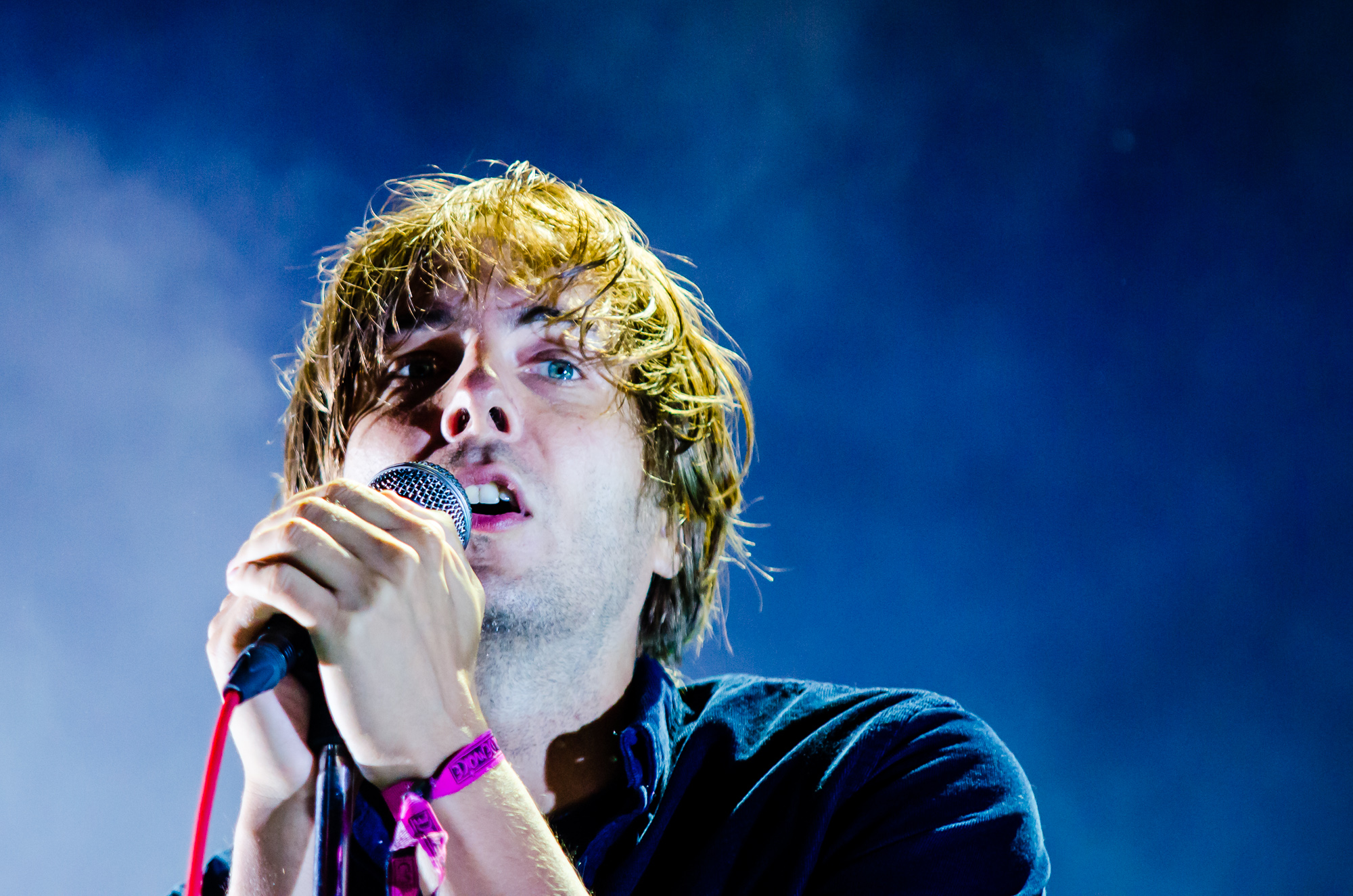 Capping off the evening was Phoenix, our era’s version of Supertramp. Always catchy, always easy on the ears – they served as the perfect nightcap. Their huge catalogue tends to bleed from song to song as a result of a collective tempo, and at times it felt like I was listening to a 15-part Rush track without the complex time changes. However, their light show and accessible arena rock had girls hoisted atop many a shoulder and served as the perfect metaphorical bookend to a festival whose most successful vibes felt like they were curated by my mother.

See more images from Grove on our Facebook page. 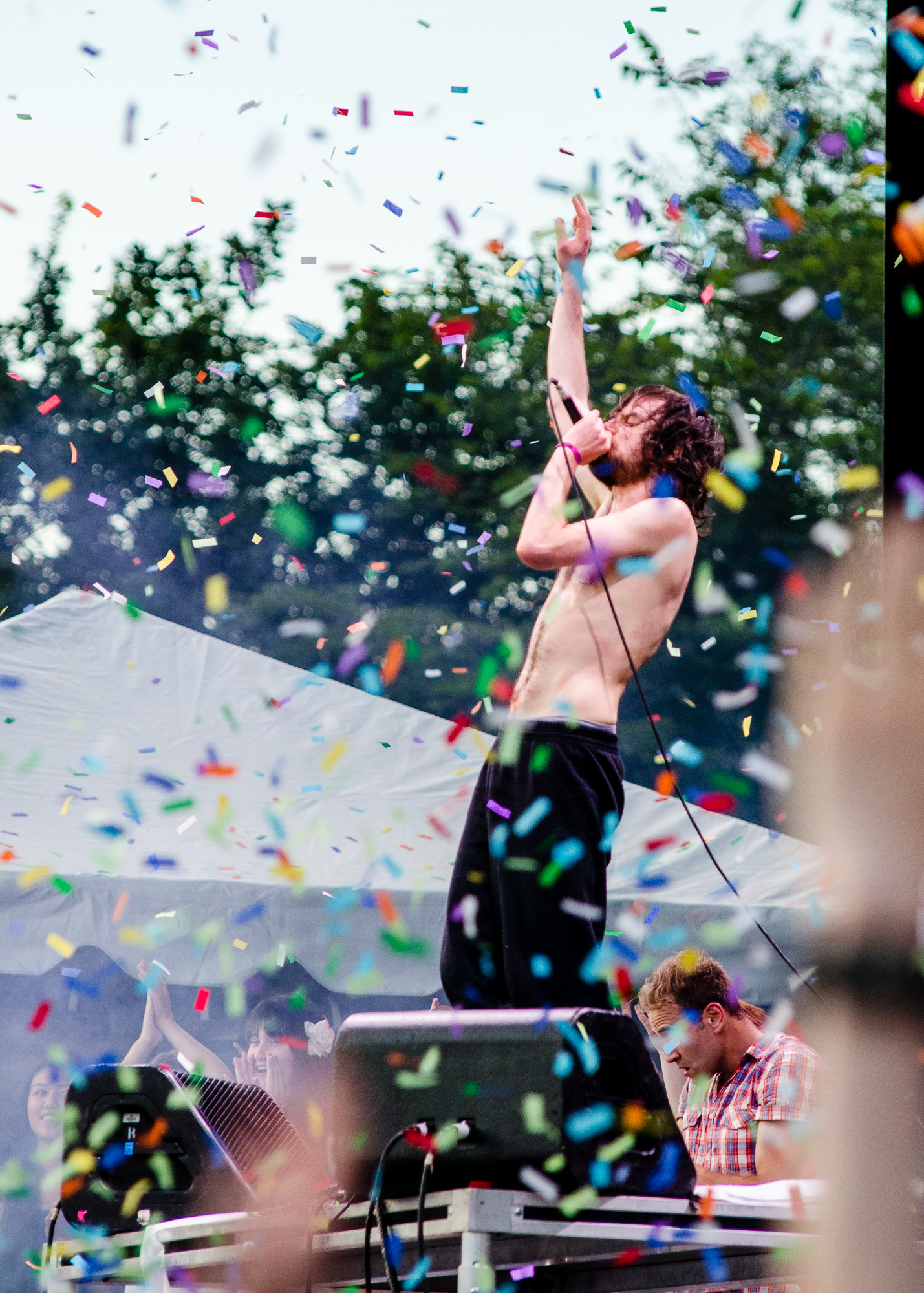