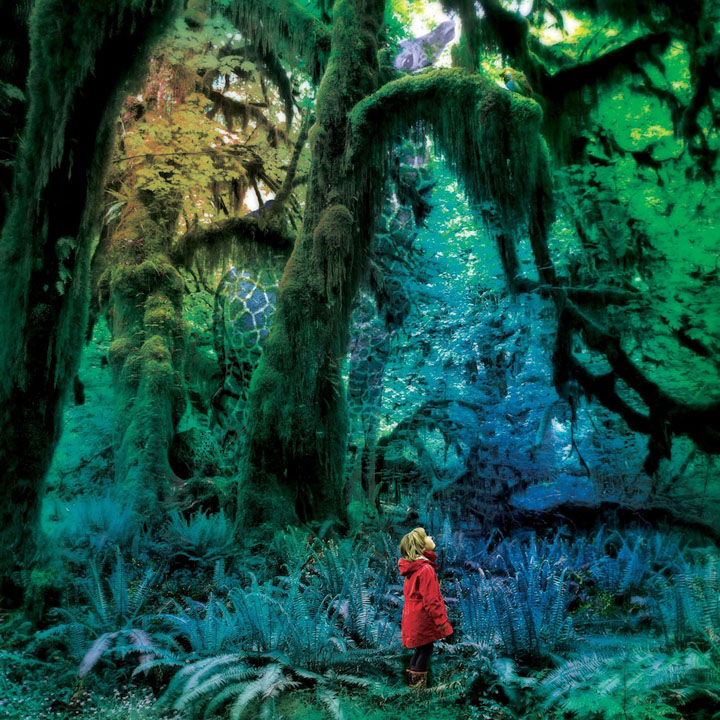 Like a dark-haired, Dutch Dionysus – well the madness and ecstasy part, anyway – Jacco Gardner is the depraved preacher of  post-ironic nostalgia and a tense, frenetic present; he treats the sordid flow of time as gospel.

It’s the offsetting, glimmer and gleam of the glockenspiel in Clear the Air with its dark, brooding baritone chorus and the claustrophobic carousel of organ grinding and grey smoke veil reverb that demonstrate Gardner’s razor sharp ear for production and dedication to dense, alluvial arrangements. Gardner has crafted a startlingly moving record of anxieties, romance and the crippling stifling nature of modernity.

“Time will tell what happens here if the flowers disappear,” he sings in a beautiful moroseness on Clear the Air.

“Kill this moon or we’ll be gray after all we’ve lost has died away,” he sings, rattling off words in a chilling, phantasmagorical psychosis.

It’s quasi-evil baroque and lush romantic informed psychedelia. Yes, yes, yes, we all know there’s the obvious Barrett influence, and there is a heavy interest on tones of yesteryear, but Gardner’s hesitancy-heavy lyrics mirror the frustration and resentment of his generation. Many have desired to lump this record into a throwback or retro category, but Gardner’s unique use of the past to critique the cold present is anything but pastiche.

“But the life I see tells me nothing’s wrong with me,” he echoes, frailly on One Eyed King.

The purply, bubbling haze of stark electric piano and a warbly, waver underpin Puppets Dangling, churning and whirring in a swamp-like gurgle before it takes off on a mad, twisting groove.

Gardner is a mad scientist of nostalgia and neurosis – brandishing a sonic scalpel, scraping and scratching bits of ether and anxiety, swirling them around in a postmodern petri dish. Cabinet of Curiosities is a creaking, whirling laboratory of long lost loves, lives and liturgies.

For a debut album, Cabinet of Curiosities is outrageously impressive. The quiet humming and crystal crackle of the warm analog production alone is enough to make every frustrated wannabe indie musician curse Gardner’s name as they fiddle with their Garageband’s reverb settings, scratching their heads in confusion.

Pretty tape-pepped production, along with Gardner’s haunting, stoic lyricism and knack for writing a seriously brain-burrowing hook have all coalesced to become what will no doubt be heralded as one of the best releases of the year.