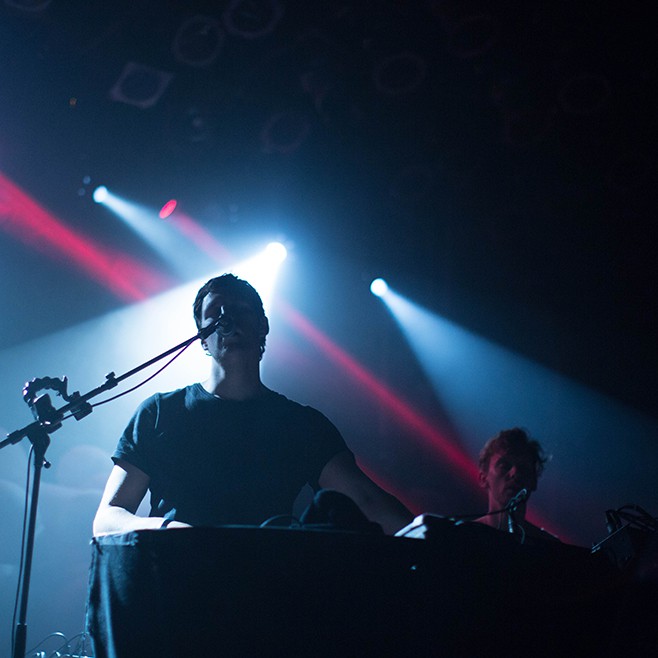 The nature of a city-wide festival like CMW makes it challenging to hit everything on your wish-list, but one can try. This year proved particularly challenging with genres mixed across sets and venues, though specific showcases are always a safe choice. A few performances stood out, some new artists and some we’ve been following for some time.

filous was a highly anticipated show for the week. Having seen Matthias Oldofredi previously opening for bigger acts, our team already new what to expect – a fun and engaging show. The Garrison is a smaller venue with a smaller stage and while the room was not particularly crowded the people who were there were there to see filous and no one else. Oldofredi’s set was energetic and passionate with a full band support that added a new dimension to the set.

Though HUMANS quite recently played a solo set at Velvet Underground it didn’t stop the fans from coming out to dance and support the duo once more. Playing a set as a part of the WayHome showcase at the Mod Club, HUMANS once again lit the crowd on fire. One thing that should be noted is that while the duo has been in Toronto quite a few times over the past year no set is the same, each visit, each live set, is different, in a way catered to that specific audience, continually surprising and easy to enjoy. 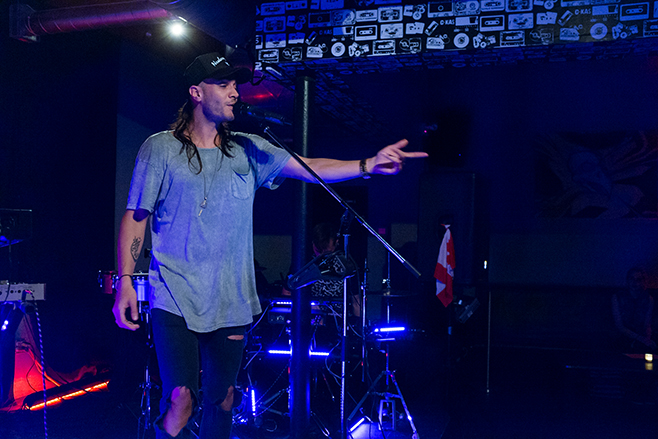 Moving on to smaller venues, DiRTY RADiO have returned to the Toronto scene with a new set of upbeat pop/hip hop singles. Where they have been these last two years is still a mystery, but the flavor that DiRTY RADiO is known for persists. Following DD was UK’s Micky Blue, whose powerful voice immediately filled the room with “Champagne Reign”. While the pop singer/songwriter market is one of the more saturated ones Blue is an artist we’d strongly recommend keeping an eye on.

One of the best new finds were Above Top Secret at the Painted Lady. This experimental, rap/electro/dub-hop mashup trio carry that weird Seattle signature sound that you may know from Shabazz Palaces and THEEsatisfaction. This trio, however, are currently calling Toronto home.

Les Deuxluxes and Lisa LeBlanc were the highlights at the Bonsound showcase. Both bands are loud and enthusiastic and while Les Deuxluxes was shredding it away on her guitar, LeBlanc brought searing energy through her eqally powerful vocals.

Cover image by Erik Shaw; all body images by Mathew He 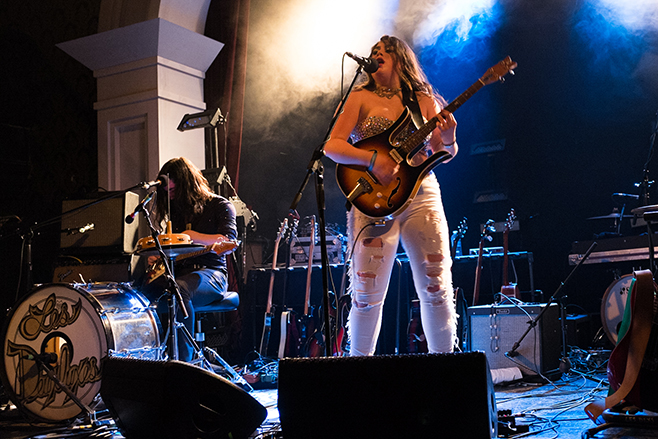 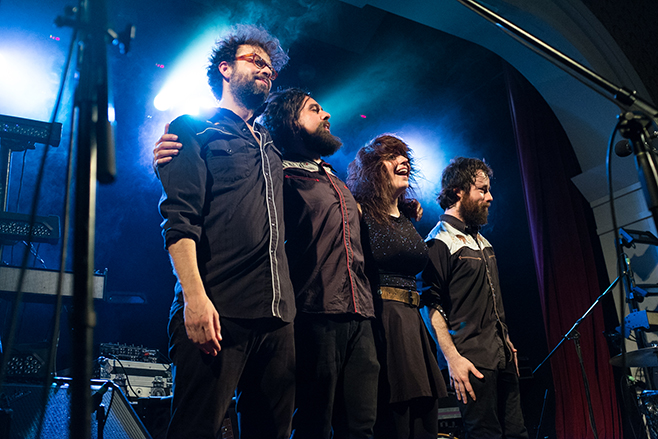