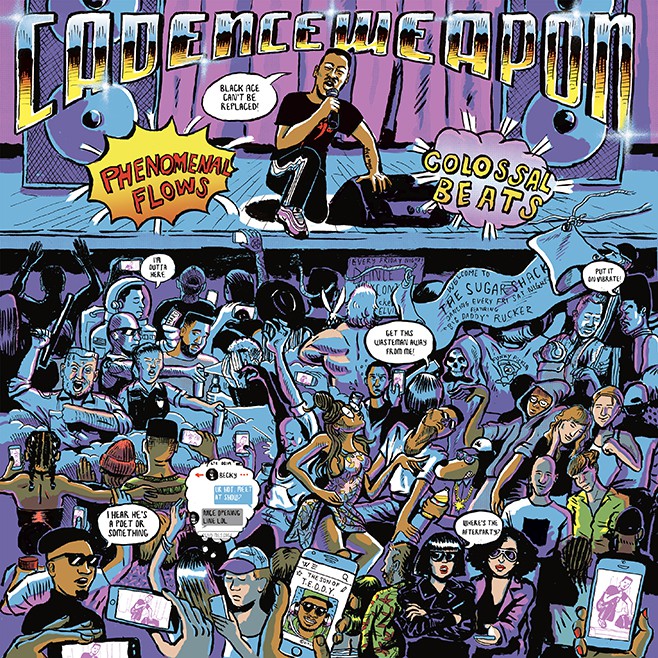 If versatility is what you’re looking for in your hip-hop, then Cadence Weapon has just the right amount of it. The Edmonton MC has returned after a five-year hiatus to release his self-titled, fourth studio album. As he describes it, the album is “a bold and personal tour de force,” that is as much about self-reflection as it is about the world we live in. The MC’s lyrics are unmerciful, yet disciplined, and his beats are a welcomed alternative to the overly used trap beats found in so much of today’s hip-hop.

With Montreal’s own, Jacques Green as the executive producer, the album features guest appearances from the likes of Brendan Phillip, Blue Hawaii, Casey MQ, and even the MC’s father (featured on the album’s opening tack). In his previous albums, the MC admitted that he was unwilling to truly express himself, but with Cadence Weapon, the MC put aside his hesitancy to tell listners what’s really on his mind.

Lyrically, Cadence Weapon is unsympathetic as he reflects on the path that he has (and currently is) taking towards fulfilling his destiny, while tackling issues of racism, sexism, and broken communities. Musically, the MC fuses hip-hop and electronic music, with some elements of jazz. Cadence Weapon’s lyrical execution is confident, intrepid, and fully meshes with the music on the twelve-track LP.

The MC has described Cadence Weapon as “a reintroduction to Cadence Weapon as an artist,” and long-time fans will hear a different side of the MC with Cadence Weapon, as the album is more political and “in your face.” While the album is very serious and relatable, it doesn’t necessarily alienate listeners who have not shared the same experiences as the MC, not to mention, the album art deserves its own article.

Writer’s Favorite Tracks: “Five Roses,” “Own This,” and “The Afterparty”