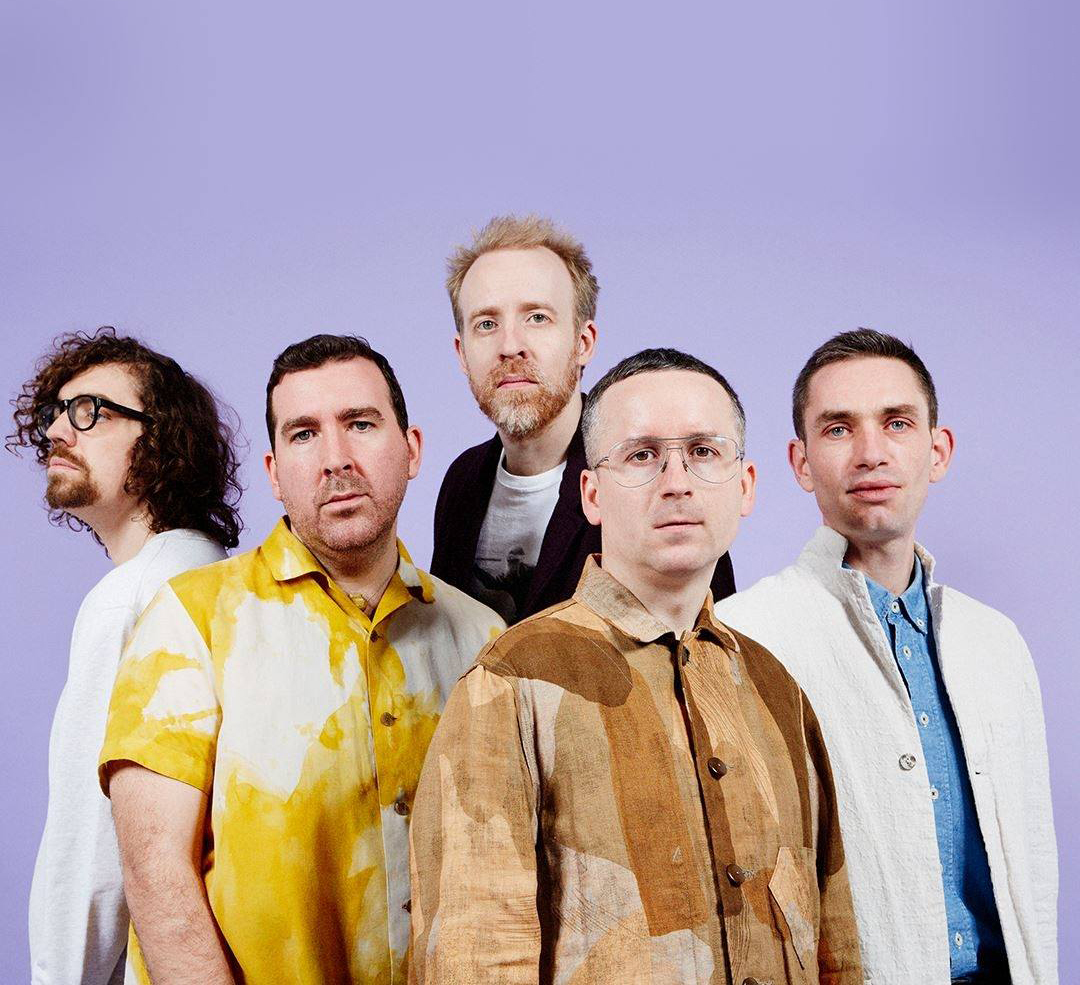 Brooklyn Steel is a warehouse converted into a concert venue in the north part of East Williamsburg. An unassuming location and a short walk from the subway, Brooklyn Steel can be a host to nearly 2,000 people. The warehouse feel is something dance music fans are always drawn to so, it made sense that Hot Chip headlined and sold out Brooklyn Steel this Wednesday.

Hot Chip played one hell of a show, with a Buffalo stampede of sound rushing the audience. As expected, there was an average of four synthesizers on stage at any given time with a clear intention to make the audience dance to disco-infused beats. Listeners on Spotify or YouTube might have been pleasantly shocked because the bass one could never pick up in your headphones came to life with the power of a rocketship.

The stage set up consisted of a range of hot lights, a smoke machine (of course), and even lasers. Hot Chip used laser-pointers from automatically mounted cannons, which made triangles and danced while the band played. In at least two songs, four of the band members had their own choreography while rectangular boxes surrounding the band lit up with neon lights, and had strange martian shadows. Finally, there were strobe lights above the band. The overall effect of the loud dance music and the lights was a sensory overload.

The band followed their digital roots with complementary lyrics and vocals. On the band’s single, “Ready for the Floor,” the bridge sings, “You’re my number one guy!” like the AOL ping, “You’ve got mail!” And Hot Chip is de facto sisters with Brooklyn’s LCD Soundsystem with whom they share guitarist-keyboardist Al Doyle, who spent the concert twisting and jiving around the stage. Hot Chip differs from LCD with a more up-tempo attitude and has no anxious self-awareness. Listeners might notice a small kinship with 1980’s band Devo, who dared to play bizarre sounds in praise of technology.

Midway through the set, Hot Chip played “Sabotage,” by the Beastie Boys and the crowd collectively went nuts. The homage recognized the Beastie Boys are from Brooklyn, and the song also has a lot of screaming, which was super fun.

Pleasing the crowd with new originals, the band played “Positive,” and “Bath Full of Ecstasy.” “Positive,” has a catchy recursive hook, where band members sang, “We used to get together and talk about how we used to get together,” in a call and answer. In fact, the band consistently had excellent vocal harmonies. The song, “Bath Full of Ecstasy,” has an oldies or soul chord progression, and is slower than most of the band’s songs, but not by much. The song had manic energy that couldn’t sit still, and the chord changes swung in weird ways.

Hot Chip’s live show illuminated the way book learning can be second to in-person classroom teaching. The band’s ideas for the music as propulsive dance fusion were better articulated in the immersive experience. Whereas the lyrics might have put off the casual listener as trivial, but the live show made those lyrics seem much more important because the music was loud and beautiful. Indie rock’s angst was missing, and no one missed it.

Thus, the show is somewhat at odds with its recordings. The liabilities as recordings become assets in its live show. Repetitive bass lines and lyrics on a computer or cell phone can be tossed aside as trivial, however, in-person they become central to the message of the band as dance-pop experience. Idiosyncrasy seems obnoxious on recordings but became charming and unique at the live show.

At the end of the show, band members pointed their microphones to the crowd to amplify the crowd’s cheers. It was a cool trick and in a moment caught some of the ambitions of the band to capture the energy of the crowd and say the feelings were mutual. Likewise, sometimes people in the band said, “We love you too!” back to the audience in between songs. This was a loud, brilliant, mind-expanding show. Hot Chip is an electronic dance band, but last night they rocked.