We’ve been waiting for Bestival for a few months. We know you have been waiting too. We got soaking wet, burnt in the sun and stood way too close to hundreds of strangers in the ferry line but regardless of all of the downpour this weekend will go down in history as one of the best weekends ever.

UK’s most awarded festival took over a large area near the Hanlan Point beach on the Toronto Island with five stages and a multitude of play and food areas. The island was transformed into a Bollywood-inspired carnival lacking only a Ferris Wheel but I highly doubt anyone missed it. The amount of decor, attention to detail and overall festivities came has out-staged even the Corona’s Sunset party in 2014, that alone has already made the weekend a memorable one.

The musical line up was broken up into stages by genre similarities with the biggest acts  performing on the Main Stage and the rest thematically divided across the park. The big hit with Toronto was undoubtedly the Big Top tent tucked away at the far end of the grounds. 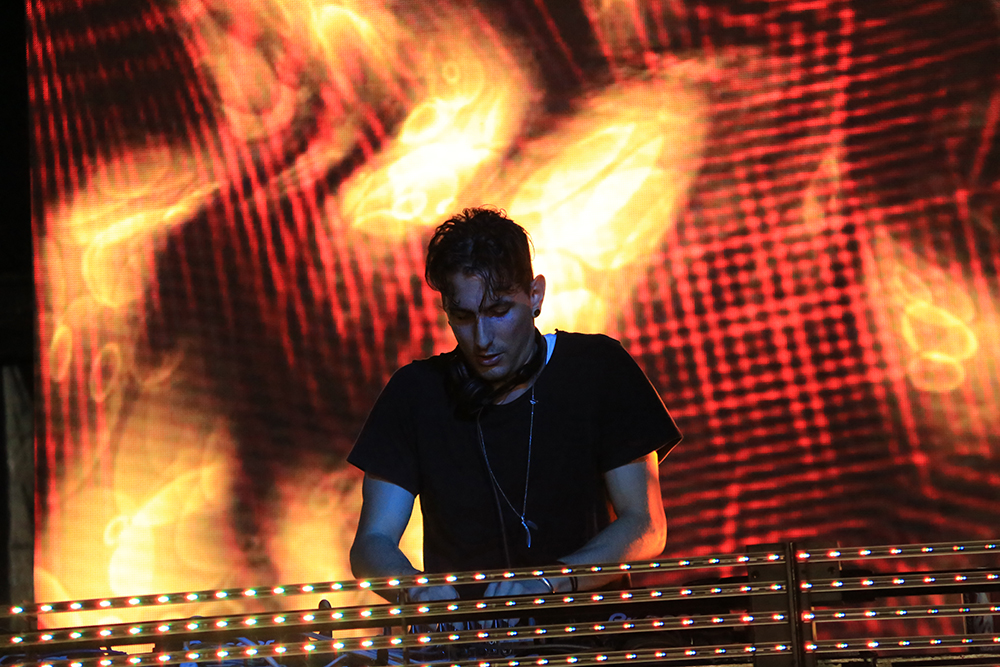 Shaun Frank was one of the early performers in the Big Top. Though it seemed a little early in the day for fast pace EDM Frank found a way to make the slim crowd dance and even do handstands. Dropping his heavy hitter remixes like Zeds Dead and Twin Shadow “Lost You” and recent originals Frank played an energetic set embellished by his strong showmanship, undoubtedly something he brings from his days in The Envy.

By the time Jamie XX hit the stage small rays of sunshine begun to come through the dark clouds. Jamie Smith, London-based music producer and some would argue the better half of The XX played an hour-and-a-half-long DJ set on vinyl. Situated deep into the Bollywood stage Smith opened up with  “I Know There’s Gonna Be (Good Times)” which seemed like a great way to get people moving. Continually mixing in some 90s classics like Ol’ Dirty Bastard feat. Kelis “Got Your Money” with other tracks from In Colour  Smith kept on expertly flipping records, there may have even been a remanence of a smile on his face halfway through during “Girl.”

On the other side of the park Robert DeLong was lighting up the Main Stage crowd with “Long Way Down” while Big Top was beginning to fill up to the sounds of Grandtheft. A skilled DJ and turntablist Aaron Waisglass is pretty much a regular at Red Bull Thre3Style. With a wealth of celebrity collaborations behind his belt Grandtheft as always delivered a trap heavy EDM set. The tent was starting to become the warmest place on the island.

A selection of local originals were performing in the Perrier Greenhouse. An area opened only to a portion of attendees the Greenhouse hosted local talent and on Friday we had a chance to see a small crew from The Kount (trumpet and a turntable), who opened for Bonobo a couple weeks ago, and a lively performance by Smalltown DJs. For the day Pete Emes was representing the Smalltown duo. Inspired by old school hip hop beats the duo begun their career on the wavelength similar to Grandtheft and have recently evolved into more dancy area of the genre with tracks like “See Thru” which made Emes a great fit for the chill and well lubricated crowd at the Greenhouse.

After a smooth performance by SBTRKT the crowd begun to divide between the Main stage for Clean Bandit in preparation for Florence and The Machine and Big Top tent for Flosstradamus and Flume. 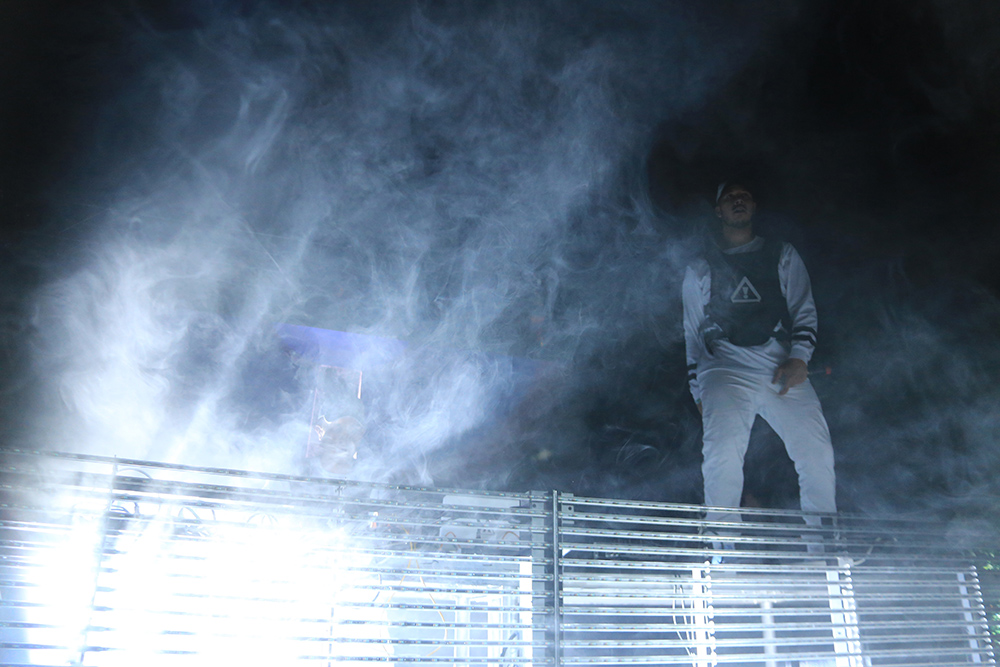 Flosstradamus delivered a high energy interactive show to a full room, to say it was energetic though would be a large understatement. The tent walls were shaking while J2K and Autobot in matching white outfits with white snow masks and what looked like bulletproof vests were hyping up the crowd with remixes and tracks from Soundclash EP jumping on and off the turntables with a mic.

The highlight of the evening was a highly anticipated Flume set. Born Harley Edward Streten, this Australian DJ has taken the world by storm since the release of his debut self-titled album. This wasn’t Streten’s first visit to Canada so many knew what they were in for first hand. Not many people left after Flosstradamus and even more flooded into the tent for Flume’s hour-long set. He seemed tired, but who wouldn’t with the two years he’s been having. Despite the possible exhaustion Streten delivered a strong live set smoothly transitioning between his solo tracks and some of the more famous remixes like Lorde’s “Tennis Court” and Disclosure’s “You & Me.” 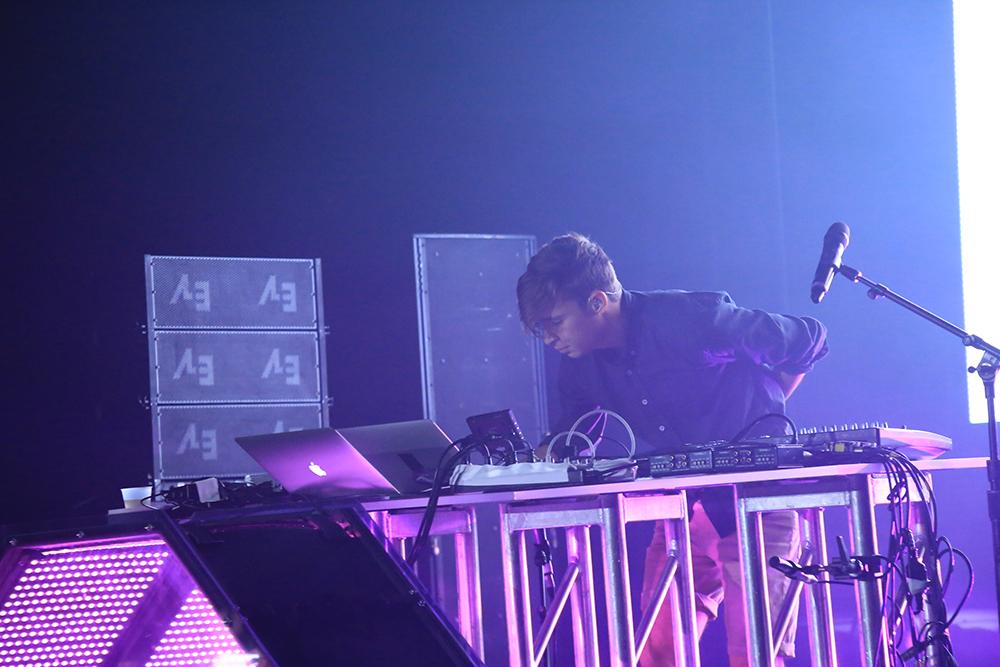 No one was going to leave a Flume set early, not after waiting a year for his return. While the main stage half of the park cleared out after an epic Florence and the Machine set the crowd leaving the Big Top was wondering around looking for an exit. An epic conclusion of that night was a two-plus hour wait for the ferry but we’re working on forgetting that part.