September 10 was an exciting day for Beacon and Kaleida because it was their first return to touring since the start of the COVID-19 pandemic. The bands performed at the intimate Public Records in Brooklyn – a great space for a return to live music. The event was Beacon’s album release show for Along the Lethe and their first show back since playing in Bucharest Romania in 2020. Both Beacon and Kaleida blew the show out of the water with their musical talent and skillful performances.

Kaleida opened, and despite half of the duo not being present due to visa issues, the band was absolutely captivating. Christina Wood, the vocalist, performed with pre-recorded tracks from producer and keyboardist Cicely Goulder. The show opened with abstract projections evoking the moon as Wood took the stage barefoot and draped in white. Her voice was stunning and matched the ethereal quality of the music. With her choreography and dress, it was clear that she was invoking religious iconography, and the music certainly seemed to hold spiritual significance for her. I was particularly reminded of Sufi whirling in which Sufi Dervishes spin for extended periods of time as a form of meditation. Wood also encouraged the crowd to dance, and even made her way to the middle of us to dance and even held my hand at the end of the performance! Finally, a moment that stood out to me was Kaleida’s cover of “99 Luftballons” originally by Nena. It was a very somber and moving cover that gave the room chills. 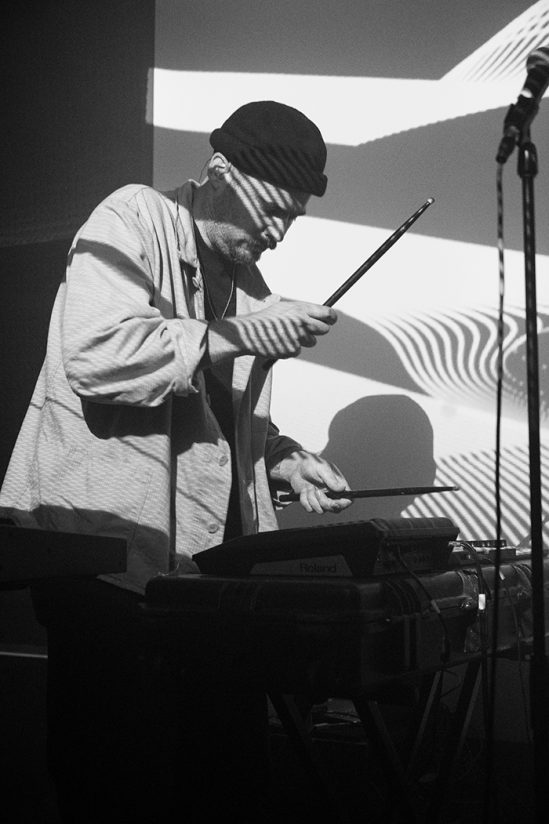 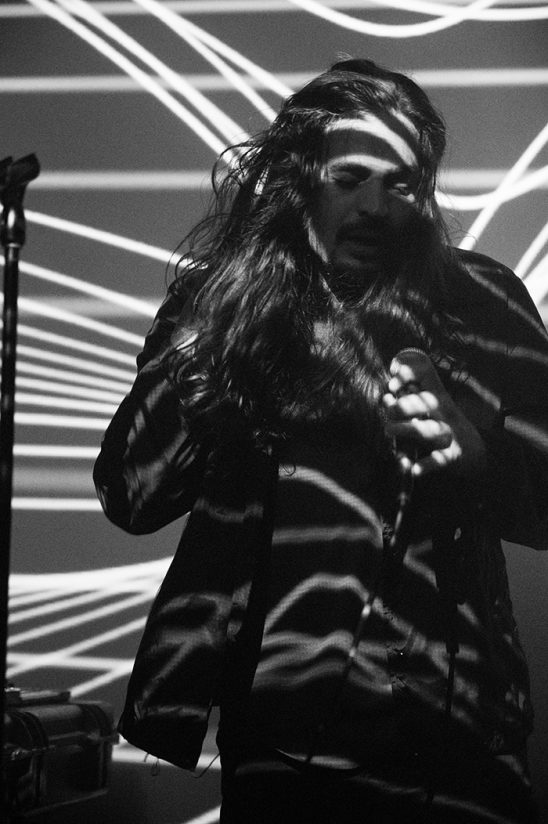 This show was the first on Beacon’s tour for Along the Lethe which was released just the day before. The crowd was very responsive, and it was obvious that there was much love for Beacon that night. Beacon’s music is dance-inspired but still contemplative with Jacob Gossett on much of the live production and Thomas Mullarney III performing vocals and keys. Mullarney also made use of pedals to loop his vocals, which was fun to watch in real-time. Gossett had samples mapped to a drum pad so he could play the pad to trigger samples which made for a more dynamic performance.

Beacon’s visuals really stood out and they used projections to create a surreal atmosphere inside of Public records. Their imagery ranged from geometric shapes to undulating smoke, to clips from their music videos. In particular, “Pay my debts” from Along the Lethe had vignettes from its music video. It featured mundane country landscapes and the inside of a farmhouse turned surreal by the presence of a faceless cartoon-like figure. This figure moves through the landscape and as they explore, the landscape contorts around them. The band also showcased their recently released music video for “Harm” during the show. At the end of the night, Beacon was running out of time and decided to play their whole set instead of leaving and coming back for the encore. They closed the first part of their set with “Marion” and then Mullarney remarked, “If we leave the stage now, we’re probably not gonna be able to come back”. The first song of the would-be encore was a cover of The Pixie’s “Wave of Mutilation”. It was a slowed-down and more atmospheric version than the original, and Beacon brought their unique flavor to the song. For their final song, it was clear that the stress of rushing was affecting Beacon. Mullarney had trouble getting playing the beginning keyboard part of  “Gambler”, but after encouragement from the crowd got back in the groove and gave us a powerful performance.

The show was certainly a joyful return to touring for both Beacon and Kaleida, as well as a great launch party for Along the Lethe.