London-based Jordan Rakei released his latest album Origin this summer, via Ninja Tune. In comparison to Rakei’s earlier release, Wallflower, this new album is brighter and much more melodic, still inspired by the scoping influences of jazz, soul, and hip hop but in a new way. The upbeat melodies, however, are not all thematically cheerful – Origin is inspired by dystopian visions of our future which Jordan addresses lyrically by exploring technological growth and how it effects our sense of humanity. “One [song] was about pollution, another about AI and integration, another about the Google cloud,” he told M Magazine when sharing that the album is “a lyrical concept with different narratives.”

Rakei’s live shows are treated as a production that materializes differently from his studio work. Hours are put in working with the band thinking through the live executions and changing up the arrangements. Now with the new album flowering its way through people’s favorites, Jordan Rakei is on tour.

Kateryna Topol: You’ve been on the road since May, how is it going so far?

Jordan Rakei: Being on the road has been so much fun. The album is meant to be played live because it’s made much more colorful, much more vibrant. So touring, particularly in Asia [so far] and really honing the set, playing at the Cotton Club in Japan, was really exciting. We played six sets in three days and were able to improvise most nights, change up the set, really develop our sound as a band. So that’s probably the biggest highlight so far.

KT: That’s awesome, can’t wait to see it live. So about the inspiration behind Origin, that’s a pretty heavy topic, what lead you to go this route?

JR: What led me to write in the album about dystopian futures was my interest at the time in singularity and simulation. I was watching lots of discussions and debates about the future of our humanity and civilization, with like, the tech-heads in America, and it was fascinating and I just thought this would be an interesting topic. As you know, I’ve always considered my future in this world and how I can coexist with future generations of technology. So that’s mainly the inspiration behind the whole album.

KT: Musically speaking, it’s a bit of a departure from your older works, the album seems a lot more dance floor friendly – was that intentional?

JR: Yeah, it’s definitely intentional to make the album more colorful and vibrant because I wanted to offset the negative and pessimistic lyrical content with more positive musical content so that they could juxtapose each other.

KT: Makes sense. You’ve established yourself as a strong artist and strong performer since signing to Ninja Tune, how has it been working with them?

JR: It’s amazing! I think they offer such a great perspective on visuals and music for me to have, you know, back in the past everything was in my head, all the ideas came from my head. And there was no sort of … like, sounding board. But Ninja Tune are able to accept my ideas and then offer either criticism or advice, or anything like that. And it’s helped shape me into more of a …. I guess conceptual and consistent artist. So they add a lot of value creatively.

KT: How does this album translate into a live show for you?

JR: With the live band, [it] consists of five of us: a drummer, percussionist, guitarist, bass player, and me on keyboard and guitar. We try to recreate everything live. So we’ve got no track, and try to make [sound] as full as possible. But again, our focus is to make it all dancefloor-friendly and make sure that people are, you know, fully into it the whole time, taking them on, like, a narrative from the beginning of the show, to the peaks and the troughs and then to the final peak at the end.

KT: Sounds really cool! I’ve read that completing this album was like finishing a job for you – now that it’s out and has gotten quite wonderful feedback are you starting to think about what’s next and how you will approach that?

JR: [chuckles a little] Yeah, I’ve definitely started thinking about what’s next for my career. I think I’m definitely always up for changing my sound, and always up for … creating something, sonically totally different, lyrically totally different. So I’ve started writing again, and looking forward to finishing that, maybe end of this year, early next year, but I’ve got 12 tracks already, [working on writing more], just to get more stuff out as my year, my life goes on. Just no filter, just keep getting stuff out. That’s my goal.

KT: In the past, you also mentioned having a checklist when working on Origin, is that something you do a lot, is there one for the tour?

KT: Haha, Ok. Traveling can also get quite taxing, do you do anything to stay overall healthy?

JR: I guess the only thing healthy that I do on the road is I try and eat a normal-sized amount of food. When you tour the temptation is very easy to just binge food because there’s food everywhere you go: backstage, after the gig at the hotel, stuff like that. So trying to maintain meal sizes [laughs]. And also meditation is amazing, helps me like, center and makes me relaxed.

KT: What do you like to do in the cities you visit before or after the shows?

JR: A lot of the cities I’m visiting, I’ve never actually been to in America. So this is like an exciting little half-holiday, you know, half what’s it called? Work/business. So we always get coffee and breakfast because the two of us will arrive in the morning, go out explore the city as much as we can, get breakfast, walk around, maybe go to some vintage shops. And then after the show, I don’t really ever go out because I have to maintain my voice so the band will get to explore the town and then I will be asleep in my bunk [chuckles again].

We will be seeing Jordan Rakei in Toronto on October 6th at the Opera House, and there still might be a show near you: 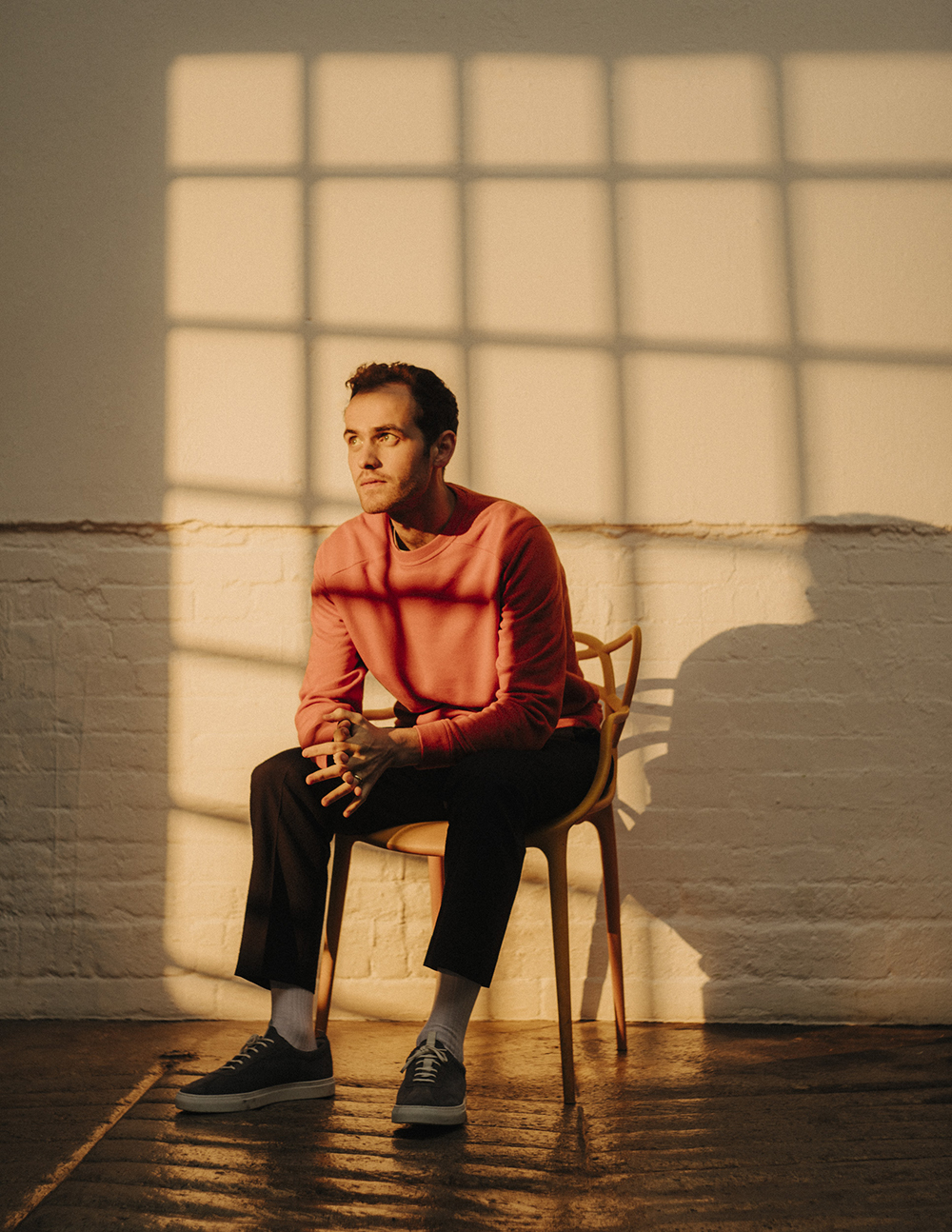